UPDATE (10/17/16): As expected, the EEOC has appealed the District Court's decision described below to the U.S. Court of Appeals for the Sixth Circuit.

Last week, I reported that summary judgment was granted against the Equal Employment Opportunity Commission in its transgender discrimination lawsuit against R.G. and G.R. Harris Funeral Homes, linked to the decision (but here it is again), and then said I'd be back in touch after I'd had a chance to really read it. 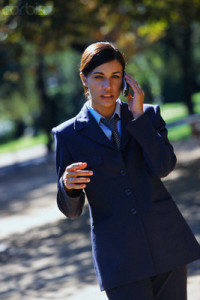 I've finally been through the entire decision. As my blogging buddy Jon Hyman did, I think the religious angle to this case is more interesting than anything else, so that's what I will focus on.

"This isn't going to work out"

The Detroit-area funeral home chain is a closely-held, for-profit corporation. (Does that ring a bell?) The owner is a sincerely devout Baptist with traditional values, who believes that the sex one was born with is a gift from God and that it's a sin to dress or behave as if one belonged to the other sex. Anthony Stephens had been a funeral director/embalmer for R.G./G.R. since 2007, and apparently did a fine job. But after about six years on the job, while on vacation, Anthony Stephens sent a letter to his co-workers saying that when he returned from vacation he would be Amiee Stephens, would present as a female for about a year, and then would have gender reassignment surgery. About two weeks after this letter was sent, Amiee Stephens was told by her boss that "this isn't going to work out."

In other words, Ms. Stephens was fired.

As one might expect with a funeral home, R.G./G.R. had a dress code for men that required a conservative "men's" business suit, a white or white-on-white shirt, and a tie. There apparently was not a formal dress code for women, but the parties agreed that women were expected to wear a "women's" business suit (jacket and skirt) and presumably no tie. No word about pantyhose or heels, but I'm sure those were assumed, if not expected. Female directors at one location were allowed to wear pantsuits instead of skirt suits if they wanted.

The EEOC didn't contend that there was anything wrong with this sex-specific dress code.

According to the court, the whole lawsuit was essentially about whether the funeral home owner had the right to refuse to let a biological male wear a skirt suit at work instead of a men's business suit. The owner testified that he didn't have any problem with Ms. Stephens' presenting as a female when she was off duty -- he just didn't want a biological male wearing a skirt at work.

Judge Sean Cox found (correctly, in my opinion) that gender identity in itself is not a protected category under Title VII. As the court put it, "Congress can change that by amending Title VII. It is not this Court's role to create new protected classes under Title VII."

In the old days, it was legal for an employer to require men and women to dress appropriately for their sex, as long as the dress codes were "equivalent." For example, if men and women were both required to wear uniforms, it was all right to have a "man's uniform" and a slightly different "women's uniform," perhaps with a skirt. It was also fine to require men to wear appropriate "male" business attire (suit and tie) and to require women to wear appropriate "female" business attire (skirt or pants, blouse, hose, plus jewelry and makeup).

But even in the old days, it was unlawful to have "non-equivalent" sex-based dress codes. For example, it was illegal to let men wear street clothes while requiring women in the same job to wear uniforms. Because uniforms are seen as lower status, this type of dress code would discriminate against women.

Nowadays, courts are increasingly finding that any sex-based distinction in a dress code is unlawful, even if the requirements are "equivalent."

RFRA and duty of government to accommodate religion

Again, the real meat of the R.G./G.R. decision is the court's approval of the funeral home's Religious Freedom Restoration Act defense.

The Supreme Court found in Hobby Lobby that a closely held, for-profit corporation was a "person" within the meaning of the RFRA. Applying Hobby Lobby, Judge Cox found that the funeral home was a "person" and would be "substantially burdened" by having to let Ms. Stephens wear a skirt to work because the owner "would be directly involved in supporting the idea that sex is a changeable social construct rather than an immutable God-given gift."

The owner's choice was to (1) comply with the EEOC's directive and commit what he sincerely believed would be a serious sin, or (2) disobey the EEOC and face potentially dire economic consequences, or (3) go out of business to escape the dilemma. Thus, the "substantial burden" requirement was met.

The court assumed that the EEOC had a compelling interest and went straight to whether it had used "the least restrictive means" of furthering its interest. This requires that the government "show a degree of situational flexibility, creativity, and accommodation" in applying the law.

In short, under the RFRA, the government has to reasonably accommodate the religious objection of the burdened "person," and Judge Cox found that the EEOC had made no effort to accommodate the funeral home.

Too big a loophole?

Jon Hyman thinks the RFRA exemption would tear a mile-wide hole in Title VII. What would stop an employer from discriminating based on race, or against women, because of his religious beliefs?

Judge Cox addressed this argument, but said (1) he was required to follow Hobby Lobby, which is the law of the land, and (2) the RFRA applies only to government action, not lawsuits between private parties, so there would be no RFRA defense in the majority of Title VII litigation because the EEOC is a party in only a small percentage of such litigation.

Jon's concerns are well taken, and Judge Cox's discussion on this point is not wholly satisfactory. For years, I have advocated that employers adopt policies and practices that prohibit discrimination or harassment based on LGBT status, regardless of whether the law requires it. That said, the Hobby Lobby exemption is extremely limited. The percentage of U.S. employers covered by Title VII who are "religious," I suspect, is small. Even within the subset of religious employers, there is a wide variety of beliefs, of course, as well as a wide variety of beliefs about whether or how one's faith should govern one's business dealings. Meanwhile, religious freedom is a core value of this country (it's in the First Amendment!), and so the ability of a "closely-held" employer to operate its business in accordance with the owner's religious conscience should not be lightly dismissed. I think the Hobby Lobby (and now R.G./G.R.) exemption is fair, and limited enough in scope that abuse is unlikely.

None of which is to say Judge Cox's decision will survive an appeal, or that the post-Scalia Supreme Court will continue to uphold Hobby Lobby. We'll see.