Under ordinary circumstances, we advise employees who are victims of harassment or bullying to let the bully know that the behavior is not welcome. Then, if the behavior continues, the victim should take it up 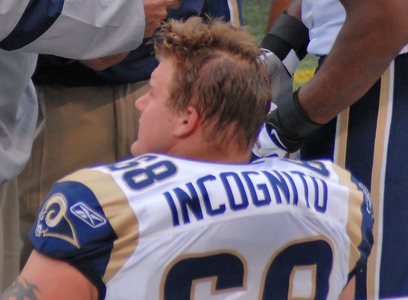 the chain of command, or directly to Human Resources.

This is fine for those employees who are strong and confident enough to believe that they can do it. But some are not. Maybe they're just psychologically weak. Maybe they're temps or interns, and are afraid that if they complain about a regular employee, they'll be promptly sent packing. Maybe they're young and naive. Maybe they're from a more docile culture, and don't want to rock the boat.

But maybe the employer itself has a culture of intimidation and secrecy.

The Paul, Weiss report about the Richie Incognito-Jonathan Martin bullying allegations has enough subject matter for 100 blog posts, but today I want to talk about how, according to the report, the Dolphins' culture allowed this to occur and almost guaranteed that no one would complain until -- as in Martin's case -- they had a mental breakdown.

The report, commissioned by the National Football League and released last Friday, concluded that Incognito and some of his teammates bullied Martin and other "vulnerable" men in the Dolphins organization, including shy, mild-mannered, or "cultured" teammates, and one Japanese-American assistant trainer who was subjected to harassment based on his race and ethnicity.

If you haven't been there yet, please visit the February Employment Law Blog Carnival hosted by me and featuring the "A list" of HR and employment law bloggers. Our theme is Black History Month (Music Greats). Combine your employment law with some vintage music videos of Louis Armstrong, Aretha Franklin, Michael Jackson, and more -- what could be better?

This week, the Dolphins fired their offensive line coach, Jim Turner, and head athletics trainer, Kevin O'Neill. Incognito has been suspended since November 2013, and he'll be a free agent in March 2014, at which time he will move on to other pastures. (I'm not sure they'll be greener.) 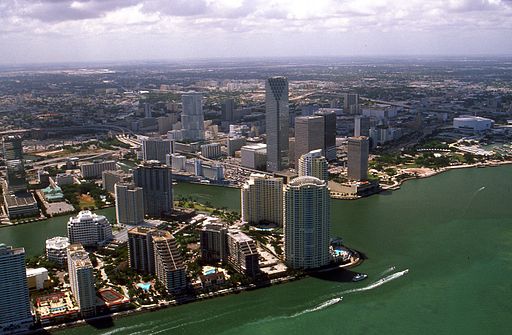 Here was the "culture" of the Dolphins organization, according to the report:

*Anyone who complains is a "Judas." Players were discouraged from being "Judases" and were actually fined for it. According to what Turner reportedly explained to the players, Judas was a very bad man because he told on Jesus Christ. (Silly me -- I'd always thought Judas was bad because he was a traitor, and then compounded that sin by despairing of forgiveness.) D'ya think fear of being considered a "Judas" may have had a chilling effect on complaints of harassment and bullying? Nah. That's crazy talk.

*Close those ranks! This is closely tied with "the Judas Concept." When the alleged bullying came to light, most of the other players sided with Incognito and defended him in the media.

*Assume all is well if the victims don't complain (despite the chilling effect of the "Judas concept") and even sometimes laugh it off. The report concluded that, on many occasions, the victims of the bullying -- who, remember, had no internal recourse -- laughed, joked back, and otherwise gave signals that they were not offended. But, as the report noted, the victims were generally rookies or assistant trainers, who had plenty to fear if they came forward -- especially in the absence of any support from the organization.

When I conduct harassment training, I tell my audiences that it is a big mistake to assume that a co-worker is fine with objectively inappropriate behavior, such as racial epithets or jokes, or explicitly sexual behavior, or verbal or physical intimidation. Instead, one should always assume that such behavior is unwelcome and unappreciated. 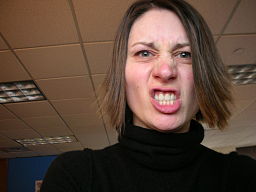 Though she was smiling on the outside, here is what Elena looked like on the inside.

*Blame and intimidate the victim. A few days after Martin checked himself into the hospital, his coach, Turner, sent him some text messages. How nice that he cared! Uh, no. Here is the exchange (spelling and punctuation in original):

TURNER: Richie incognito is getting hammered on national TV. This is not right. You could put an end to all the rumors with a simple statement. DO THE RIGHT THING. NOW.

MARTIN: Coach. I want to put out a statement. Believe me I do. This thing has become such a huge story somehow. But I've been advised not to ... And I'm not supposed to text anyone either cuz last time I responded to a teammate (Richie) I was intentionally manipulated and the conversation was immediately forwarded to a reporter.

TURNER: He is protecting himself. He has been beat up for 4 days. Put an end to this. You are a grown man. Do the right thing.

TURNER: John I want the best for you and your health but make a statement and take the heat off Richie and the lockerroom. This isn't right.

TURNER: I know you are a man of character. Where is it?

TURNER: It is never too late to do the right thing!

Even if you give Turner the benefit of the doubt and assume he thought Martin was hurting an innocent man (though it's hard to imagine how Turner could have thought that based on what's in the report), these texts would be considered intimidation and retaliation in any normal workplace.

*When you see harassment and bullying, laugh at it. This is what got O'Neill fired. He allegedly saw the players harassing his Japanese-American assistant trainer, calling him racial epithets and making Pearl Harbor jokes. He allegedly laughed on one or more occasions. 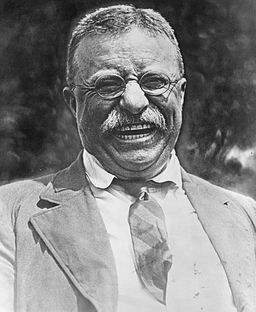 In the real world, an employer is liable for harassment (or bullying, depending on whether it is severe enough to give rise to a claim for emotional distress or assault and battery) if (1) the employer knew of the behavior or should have known of it, and (2) the employer failed to take appropriate steps to stop it.

I realize that bullying is a poorly defined term that can include behaviors as innocuous as expecting an employee to do his or her job, or giving an employee a dirty look, or (heaven forbid) an act of "microaggression." This is why states are reluctant to enact anti-bullying legislation. But there is a big difference between unpleasantness and outright hazing.

The best ways to discourage the latter are the same old things that employment lawyers have recommended for years:

*A strong, plain-English policy prohibiting harassment of any kind that gives employees clear channels for reporting any issues without fear of retaliation.

*Training for management (or coaches and trainers) so that they understand the employer's policy, and also know what to do in stickier situations -- for example, when they get a complaint from someone other than the victim (in the old days, this was known as "idle gossip," but employers today ignore it at their peril), or if they observe behavior and are not sure whether it is offensive to the recipient.

*A procedure for investigating and resolving complaints that is fair to the accuser and the accused.

The Incognito-Martin situation does appear to have prompted some constructive action. The Dolphins fired Turner and O'Neill, and issued no-harassment and personal conduct policies. Owner Stephen Ross and Coach Joe Philbin have apologized and said that they will not tolerate harassment or bullying in the future. Let's hope that other pro sports teams do likewise, without waiting for their own Incognito-Martin situations to erupt.