There's a new Sheriff in town: The politics and pitfalls of patronage dismissals (Part 1 of 2)

NOTE FROM ROBIN: This is the first in a two-part series on the law regarding patronage dismissals in public sector employment by Damon Kitchen, head of our public sector industry group. Damon, welcome to the blog!

It’s election season, and each year, like the dead leaves that fall from the trees, many loyal and long-term employees of vanquished incumbents face the prospect of getting cashiered once the newly elected officials, or their appointees, take office.

We do not suggest public officials lack the right to restructure, implement new ideas, or hire new employees, but we do remind public sector employers that many of their employees have constitutional rights that their private sector counterparts do not enjoy.

Additionally, elected officials, or persons appointed by an elected official, should cautiously exercise discretion and judgment when making employment decisions that adversely affect employees who are part of the predecessor’s regime, as employment decisions motivated by political patronage can be extremely risky. The First Amendment to the U.S. Constitution provides public employees with the right to freely associate (to believe, think, join, and belong). And although that right is not unlimited, there are numerous public officials at state and local levels who have lost First Amendment lawsuits because they made employment decisions based on the actual, or perceived, political views or loyalties of their employees.

"To the victor belong the spoils"

The question of when, and under what circumstances, a public official can take adverse employment action against a subordinate employee because of the employee's partisan political views has significantly changed over time. For the first 200 years of our nation’s history, the subject of political patronage-based employment decisions drew little attention from the courts.

Historically, the national sentiment concerning the right of public officials to “clean house” by firing the employees of their predecessors was perhaps best articulated by Gov. William L. Marcy of New York, who in 1829 famously declared, “They see nothing wrong in the rule, that to the victor belong the spoils of the enemy.”

However, that decidedly pro-management attitude has drastically changed in recent decades, following a pair of significant decisions by the U.S. Supreme Court. In the first in this multi-part blog post, I'll talk about those decisions - Elrod v. Burns (1976) and Branti v. Finkel (1980).

Elrod and the Rise of the “Position-Based Analysis”

It was not until 1976 that the Supreme Court first addressed the issue of political patronage dismissals in the landmark case of Elrod v. Burns.  In Elrod, a newly elected Democratic sheriff in Cook County, Illinois, discharged three of his Republican predecessor’s employees because they were not members of the Democratic Party, they had not worked for or contributed money to the Democratic Party, and they had not been sponsored by a local Democratic leader. In a plurality decision consisting of several separately written opinions, the Justices collectively determined that, although most public employees could not be discharged from employment based solely on their political beliefs, patronage dismissals would not be prohibited if they were justified by a compelling governmental interest.

In particular, the Court concluded that patronage dismissals should be limited to (1)  “policymaking” positions in which the occupants were charged with implementing the public policy decisions and programs of the elected officials for whom they work, or (2) “confidential” positions whose occupants’ commitment of loyalty to such public officials could not be subject to any doubt. According to the Court, as a general matter patronage dismissals are not to be favored because they severely restrict political belief and association. However, the Court said, in certain limited instances, the need for confidentiality or governmental efficiency and effective implementation of policy can justify dismissals of public employees holding confidential or policymaking positions.

(The Elrod Court found that the terminations of the Cook County employees were invalid because the employees were not in policymaking or confidential positions.)

Although the Supreme Court’s “confidential and policymaking position” exceptions articulated in Elrod created a clear rule that was easy for lower courts to follow, in a very real sense, it exalted “form over function.” Accordingly, the test was quickly criticized, and the Court had a chance to refine the Elrod analysis in Branti v. Finkel.

In Branti, the employees bringing suit were Republican assistant public defenders in Rockland County, New York. They sought a permanent injunction preventing their boss, the newly appointed Democratic public defender, from terminating their employment because of their political affiliation. 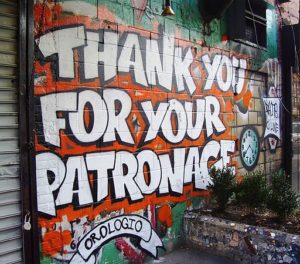 The Supreme Court majority concluded that the plaintiffs did not hold confidential or policymaking positions. However, the majority noted that, in certain circumstances, a public official would be justified in dismissing employees who held positions that were neither confidential nor policymaking. Thus, the Elrod standard was inadequate.

According to the Branti majority, “the ultimate inquiry is not whether the label of ‘policymaker’ or ‘confidential’ fits a particular position; rather, the question is whether the hiring authority can demonstrate that party affiliation is an appropriate requirement for the effective performance of the public office involved.”  (Emphasis added.)

The Court then provided a few examples.

The second example was a political speechwriter or legislative liaison. Using the same reasoning, the Court concluded that a state governor would not violate the First Amendment for terminating an employee in this type of position based on political partisanship because allegiance to the political party in power would be necessary for effective performance in the position.

Third, the Court cited election judges who were required by law to be from the two major political parties. In this situation, the Court said, a Republican judge could be legitimately discharged solely for changing her party registration, even though her position was not confidential and did not involve the making of policy.

Using this new “appropriateness” standard (also referred to as the “Elrod-Branti” analysis), the Court ruled that the assistant public defenders at issue could not be discharged based solely on their political affiliations. The effective performance of their jobs – representing individual clients who could not afford criminal defense counsel – did not depend on their sharing the same political views and beliefs as their public official employer.

Still Image Credits: "Thank You for Your Patronage" graffiti by Beyond My Ken, GNU Free Documentation License; cheerleaders by Rachel Torgerson from flickr, Creative Commons license.