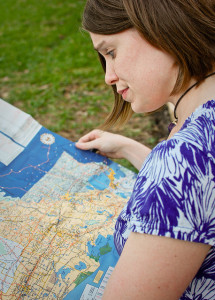 Law360 reported yesterday morning that the Equal Employment Opportunity Commission settled a transgender discrimination and harassment lawsuit (not our Detroit-area funeral home case). Although the employer entered into the consent decree voluntarily, we now have a pretty good idea of what the EEOC thinks employers should do in dealing with employees who are transgender or have other gender identity variances.

Here are the 10 things the EEOC apparently would like to see employers do:

1) Include gender identity in your non-discrimination and no-harassment policies. If you're a federal contractor, you should have done this a long time ago. If you're not, then you should seriously consider adding it now.

2) Make sure your policies provide that discrimination against or harassment of individuals because of their transgender (and related) status will not be tolerated, whether the behavior comes from "employees, customers, agents, contractors, sub-contractors, clients," or anyone else.

3) Make sure that employees understand that deliberately referring to a transgender person by his or her "biological" gender, or by his or her original name, is considered discrimination and harassment by the EEOC.

4) If a transgender employee requests a change to his or her name or designation as "male" or "female" in company records, the EEOC's position is that the employer should do it, and do it completely, without asking to see medical records or otherwise probing into the employee's medical details. (Presumably it's ok to ask for documentation that the employee's name has legally been changed. Otherwise, you could have big problems with the IRS and the Social Security Administration.)

5) A transgender employee should be allowed to use the restroom "commensurate with their gender identity" without any limitations. Again, the EEOC's position is that the employer may not ask for the medical records of the transgender employee, or otherwise probe into his or her medical details before doing so. (This means an employer cannot make the employee wait to change restrooms until after he or she has had gender-reassignment surgery.)

6) The employer's health benefits plan should not have exclusions based only on sex (including transgender status) or gender dysphoria. As an example, if your health insurance covers hormone replacement therapy (such as estrogen for post-menopausal women), it should also cover hormone therapy for individuals who are transitioning to another gender.

7) The employer should conduct annual training for rank-and-file employees that includes discrimination based on gender identity, sex stereotyping, and gender dysphoria, and should penalize any employee who fails to complete the training on an annual basis.

If you haven't done so already, be sure to check out the January Employment Law Blog Carnival: Iowa Caucus Edition, hosted by yours truly. It's gonna win in a landslide!

8) The employer should conduct more-intensive annual training on these issues, as well as discriminatory harassment, for supervisors and managers.

9) The employer should conduct even-more-intensive training for all employees who work in  a Human Resources capacity, including training on documentation and preservation of evidence. New HR employees should receive this training within 30 days of hire. This would presumably include HR assistants and coordinators, and other non-exempt HR employees in addition to HR management and executives.

The case was EEOC v. Deluxe Financial Services, Inc. You may be familiar with the employer because they're the folks who print out our old-fashioned paper checkbooks. (At least, they do mine.) Here's a copy of the EEOC's lawsuit in case you're interested in the allegations.

The EEOC was the plaintiff, but the employee, Britney Austin, intervened and was represented by Jillian Weiss of New York City, who also represented the plaintiff in the transgender case I reported on last week. Ms. Weiss was the one who let me know about the Eleventh Circuit decision.