Do you have a gender-based pay gap? If so, you'll have some explaining to do

By Robin Shea on 3.16.12
Posted in Discrimination, Equal Pay

When it comes to the pay gap between men and women, I am a skeptic.

Well, wait a minute. Let me try that again. I'm not skeptical about the existence of the pay gap. I'd be a fool to deny all that cold, hard reality. I just don't think it's usually a result of sex discrimination. Nearly all of the pay gap can be explained by the lifestyle choices that women are more likely to make. Such as the following:

*Until the latest generations of women, entering the workforce later than men.

*Until the latest generations of women, less formal education than men. (For you youngsters who may not know, back in the dark ages, women used to drop out of school to get married. Really!)

*Then and now, interruptions of career to bear and rear children. 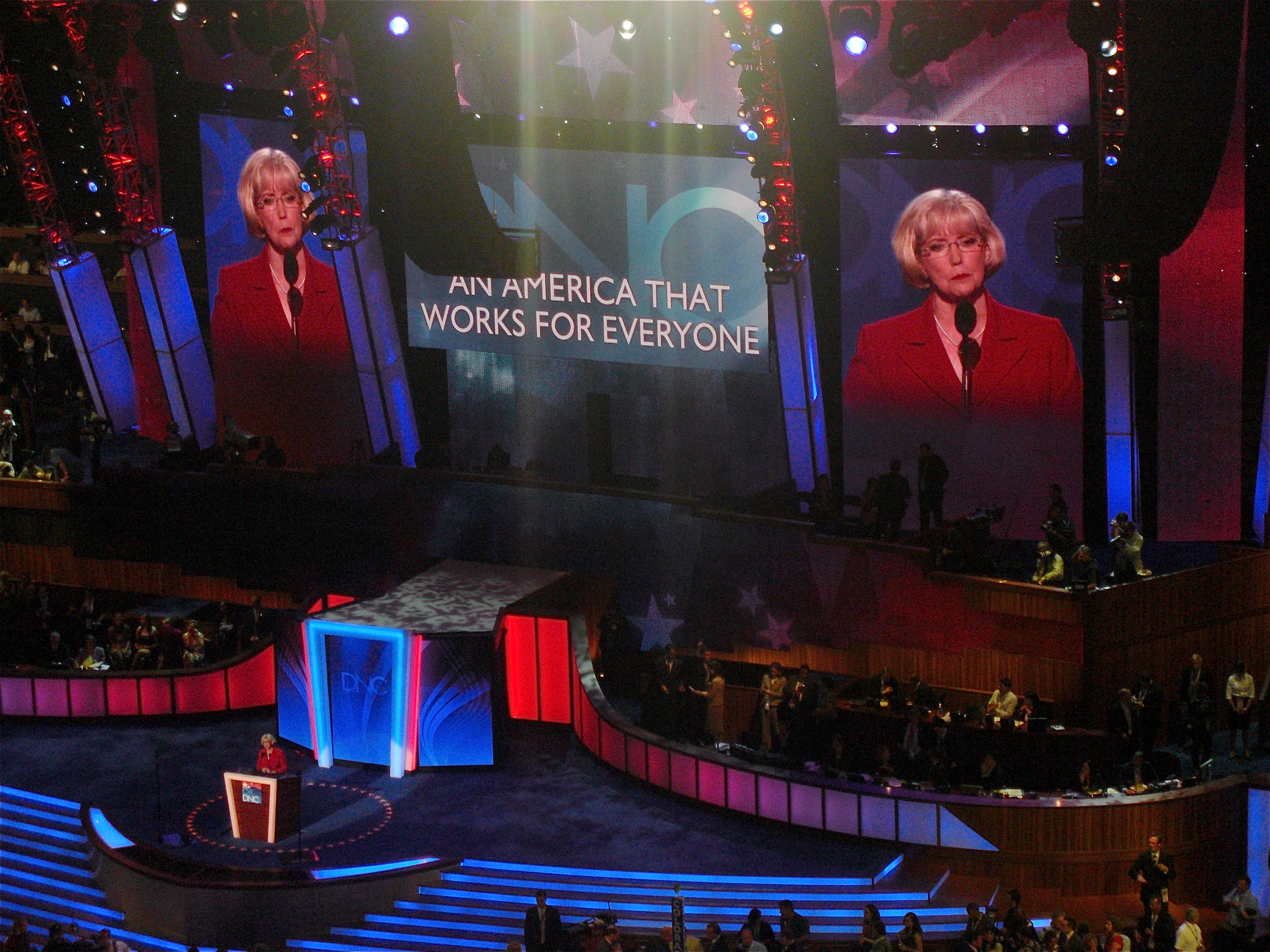 *Choosing a "job" instead of a "career" to have more time for family.

*Placing a premium on flexibility rather than money because of personal/family needs.

*Tending to choose cleaner, safer jobs that don't involve heavy lifting, extensive travel, or other "negative" working conditions where the tradeoff may be premium pay.

Now, if you are a female zillionaire CEO or a single mom who is the sole financial support of her family, please don't tell me I'm full of beans. I know there are plenty of women who earn more than their husbands, or even have husbands who stay home and take care of the kids full-time, or don't even have husbands at all. But statistically speaking, women are far more likely to take on most of the "family" responsibility while their husbands focus on being the primary economic support of the family. And, I submit, this explains nearly all of the "gender gap" in pay.

In other words, as I've said before (scroll down to No. 5), I think the "women earn only 81 cents for every dollar that men earn," is a gross exaggeration to the extent that it's used as evidence that rampant sex-based pay discrimination continues to plague our nation.

OK. I hope I have sufficiently disclaimed what is about to follow.

The U.S. Court of Appeals for the Seventh Circuit, which hears appeals from federal courts in Illinois, Indiana, and Wisconsin, reversed summary judgment for an employer in an equal pay case.

Before I talk about the case, let me share what we usually find when we audit pay. I've done my share of "compensation analyses," either in connection with equal pay charges or lawsuits, or audits by the Office of Federal Contract Compliance Programs, or sometimes just because the employer wants to make sure it is paying employees in a fair and equitable manner.

What we usually find is a lot of gaps, frequently correlated with race or sex. To put it more bluntly, what we usually find is that the white guys generally are making the most money. But, as we all know, "correlation is not causation." When we probe, we usually find good, non-discriminatory explanations for almost all of the discrepancies. Maybe Joe was hired with 20 years' relevant experience, while Mary was recently promoted from a lower-level position. Maybe Mary had a five-year interruption a few years ago while her kids were in preschool, and hasn't caught up since her return to the work force. Maybe the gap can be explained by some other reason, like Joe is a hard-working, extremely talented, prince of a fellow, beloved by all, and Mary is a rude, clock-watching, incompetent ninny who doesn't even deserve to work when you really think about it.

However, we also frequently find one or two people whose pay is below where it should be and for whom there is no good explanation. This doesn't necessarily mean that discrimination was the reason. But if you're sued or audited by the government, and a pay gap is discovered that you can't explain, a judge or jury, or the government, is going to assume that the real reason was discrimination.

(The good news is that if you find discrepancies like this on your own, it's pretty easy to fix them by making a pay adjustment.)

Which brings us back to this Seventh Circuit case, which contains some good lessons for employers who want to ensure that they're "clean" from an equal pay standpoint. So, let's make the usual Y-shaped incision and perform an "autopsy" of the case, shall we?

The plaintiff in King v. Acosta Sales and Marketing also had sexual harassment allegations, but I no talk about that. 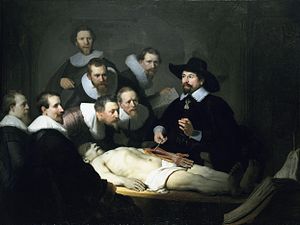 Ms. King was a business manager whose compensation was supposed to be based primarily on sales results. The employer conceded that her results were better than those of most of her peers, so she wasn't like my fictional Mary the ninny. Even so, Ms. King's starting salary was low, and it increased only $6,000 in six years.

Well, you may say, times are tough. Yes, they are. Except that her male peers were getting much bigger increases than she was during those same "tough times." In fact, one male peer, who the company had conceded was comparable in performance, was making about three times as much as she was.

And it wasn't just the plaintiff, either -- almost all of the female business managers had low starting salaries, and got smaller increases without necessarily worse performance.

The company claimed that the women started lower because they had less education and less relevant work experience. Sounds reasonable?

Maybe . . . except that, as the court pointed out, even though less education and experience might explain a lower starting salary, it doesn't explain why she's continuing to get paltry annual increases after she's come in and shot the lights out . . . while the dudes, who aren't any better, are raking it in.

The burden of proof was on the employer to, uh, prove that education and experience were in fact the reasons that the women did so poorly. It didn't help that the guy who set the salaries testified in his deposition that the process was "subjective" and refused to elaborate.

The court said that Ms. King should have the opportunity to prove that the employer's explanations for the pay disparities "were just smokescreens."

In one last desperate move, the employer argued on appeal that the selection of pay rates was not discriminatory because it was "random." NOTE TO EMPLOYERS: When you have to make this argument, you might as well get out your wallets. Of course, the Court slapped that one down, too. The Court said that, although "random" doesn't equate to "discriminatory," one would expect truly "random" salaries to sometimes give women the advantage. In this case, the women almost all did significantly worse than almost all of the men.

So, Doctor, how shall we avoid this employer's fate?

First, employers should conduct preventive compensation audits to find problems like this and fix them before they become "issues." Once a year is ideal. Less often isn't as good, but anything is better than nothing, as long as you fix the problems you find.

Second, consider doing all pay increases for employees in a given job category at the same time each year, rather than doing them on individual employees' anniversary dates. If you're doing them all at the same time, you will be much more likely to notice without even trying that Jane is getting a pittance in relation to John, so you can take whatever remedial steps are necessary. If you use anniversary dates, be sure you make the extra effort to compare the employee with his or her peers.

Third, be fair across the board. The King case focused on discrimination against women. Sometimes we find that a white male is paid less than it seems he should, compared with his female or minority peers. Even if the person who deserves more money is a white guy, don't hesitate to do the right thing and get him where he needs to be. Sometimes the government looks for "reverse" discrimination, too. Which, as we all know, is also illegal.