By Robin Shea on 2.22.13
Posted in Americans with Disabilities Act, Safety

A federal judge in Pennsylvania held this week that U.S. Steel had the right under the Americans with Disabilities Act to conduct random alcohol tests on probationary employees at a coke plant, granting summary judgmen 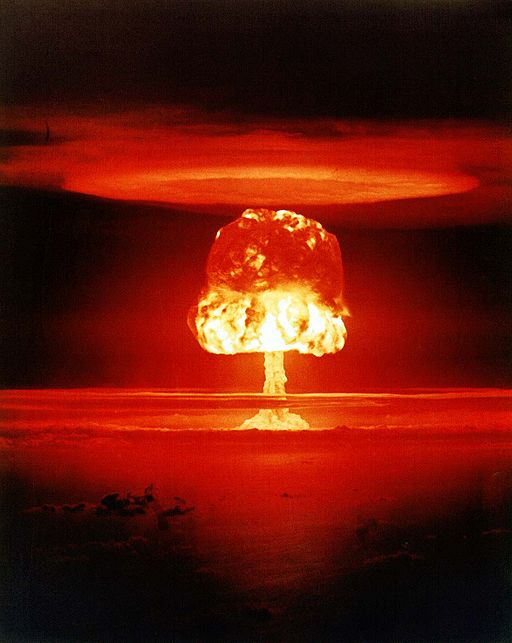 t to the company in a class action that had been filed by the Equal Employment Opportunity Commission.

The court found, in a "case of first impression,"* that the random tests were "job related and consistent with business necessity," the ADA standard that applies when an employer requires a current employee to undergo any type of medical examination.

*This is the first time that any court has addressed this issue.

This is huge. Unless, of course, the decision is reversed on appeal. The EEOC says it is considering its options. I will be surprised if they don't appeal, especially since the court specifically rejected the EEOC's Enforcement Guidance on this topic.

U.S. Steel had problems with tippling/hung over employees at its plant in Gary, Indiana, and with the full cooperation of its union, adopted a mandatory random alcohol testing policy for probationary employees in safety-sensitive positions. The stated rationale for limiting the testing to probationary employees was that the newbies might not fully appreciate the safety implications of coming to work drunk or hung over while the more experienced employees would.

(I am skeptical of this explanation. I suspect this was the only way the company could get the the union to agree to the program.)

A probationary employee at a Pennsylvania coke plant tested positive. (She claimed that her diabetes caused her to have a false positive result.) She filed a charge, and the EEOC jumped on it like a duck on a june bug.

It is not surprising that the EEOC went after U.S. Steel and the union. The ADA has a specific exemption that allows testing (and discipline or discharge) for "current use of illegal drugs." I am overgeneralizing, but random or universal drug tests are usually fine under the ADA.

But there aren't a lot of pot smokers in Congress (at least, none that I know of), while there are a lottttttttta drinkers.* So there we are.

*Pure speculation on my part.

If you spike your morning coffee with a little of this . . .

The rules that have applied to alcohol -- as opposed to drug -- testing until now were understood as follows:

*You can test a current employee for alcohol if you have "reasonable cause" or a "reasonable suspicion" that the employee is impaired. This could include post-accident testing if you have reason to believe that alcohol use might have contributed to the accident. It could also include testing in connection with a last-chance agreement.

*You can take appropriate action against a current employee for job-related problems that might be the result of alcohol abuse, such as tardiness or absenteeism, violation of safety rules, possession or consumption of alcohol on company premises, or coming to work while impaired.

*But you cannot conduct "random" tests for alcohol use on current employees unless another federal law requires that you do so. (Exceptions apply to employees in public safety positions, such as police officers and firefighters.)

So, now you see why this decision is potentially so dramatic.

U.S. Steel raised some procedural issues, but on the ADA issue, it made three arguments:

1) Random alcohol testing of probationary employees in this type of work environment was, in fact, "job related and consistent with business necessity."

2) The alcohol testing was part of a "voluntary wellness program," which meant that U.S. Steel had the right to do the testing even if it wasn't "job related and consistent with business necessity."

3) Other federal laws required that U.S. Steel do the testing; therefore, the testing did not violate the ADA.

The court (correctly, in my opinion) flatly rejected arguments 2 and 3. This was obviously not part of a "wellness program," the judge said, and it sure as heck wasn't "voluntary." If you didn't cooperate in the testing, you were fired. Even if you did cooperate, you were fired anyway if you tested positive. 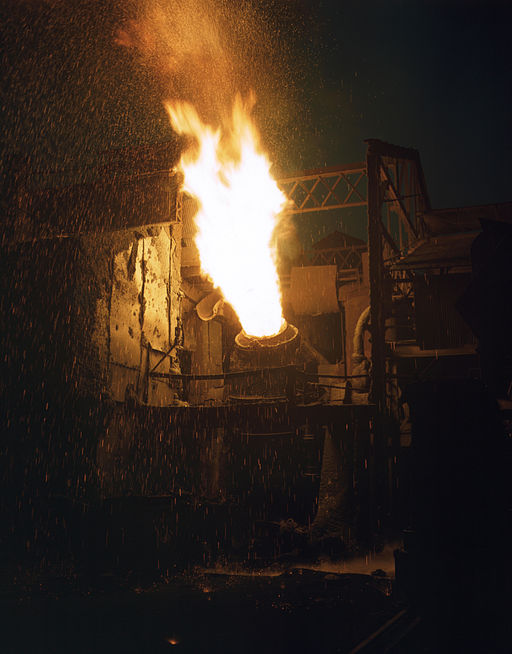 . . . then stay away from here until it wears off!

However, the judge found in U.S. Steel's favor on Issue #1. A coke plant is a dirty, heavy, dangerous place with molten coke, temperatures reaching 2,100 degrees, and fire. (See photo above.) Coming to work in this environment with any impairment was taking your life into your hands, as well as the lives of co-workers. The court also noted that employees are required to wear heavy protective gear over their faces that makes it difficult, if not impossible, for a supervisor to smell an employee's breath, the way you might be able to do in an office, a fast food restaurant, a distribution center, or a microchip factory. U.S. Steel had previously had alcohol-related problems at the Gary facility, so they weren't just dreaming up this problem. And the union had cooperated in creating the program, which the court said was further evidence that alcohol abuse was a genuine concern and that the random alcohol tests were necessary.

As stated above, the court rejected the EEOC's Enforcement Guidance, which requires an individualized analysis before you can send an employee for a "medical examination" of any kind. The court also found that the EEOC's exceptions, limited to public safety employees, were not rational or justified by the language of the ADA.

So . . . if you are an employer in a heavy/hazardous industry, keep an eye on this case. Until the case is resolved on appeal (assuming that the EEOC appeals), it's probably wise to continue complying with the EEOC's guidance. But this is a big preliminary win for employers in heavy industry.

And hats off to U.S. Steel for being willing to be the guinea pig.

Image credits: Wikimedia Commons. Third photo is of a steel mill for another company, not U.S. Steel.