Who's holding up those EEOC appointments? Republicans!

As our readers know, President Trump nominated two Republicans last summer to join the Equal Employment Opportunity Commission: Janet Dhillon (to be Chair) and Daniel Gade. Although both Ms. Dhillon and Dr. Gade appear to be very well qualified, they're still waiting for Senate confirmation. 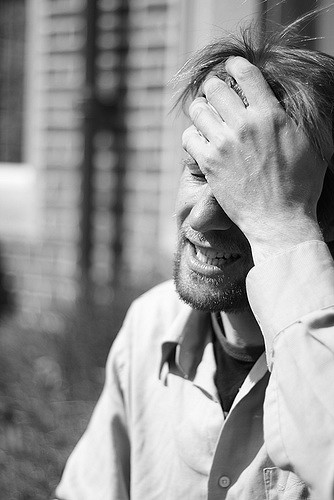 According to an article in Bloomberg BNA's Daily Labor Report, Democrats are not to blame for the holdup -- rather, it's a handful of Republicans.

(President Trump nominated Ms. Feldblum for a second term last fall. The five-member EEOC should have three members of the President's party and two of the other party. Acting Chair Victoria Lipnic -- currently the only Republican on the EEOC -- will be the third Republican on the EEOC if Ms. Dhillon and Dr. Gade are confirmed. Right now, the EEOC still has a 2-1 Democratic majority, and they're all Obama appointees.)

According to the article, by Ben Penn and Tyrone Richardson, there is "an intra-party divide between faith-based social conservatives and traditional business-minded Republicans," that could result in no EEOC confirmations in 2018. Ms. Feldblum favors LGBT rights and considers them to be more important than religious freedom.

For this reason, and possibly others, Sens. Mike Lee (R-Utah), Marco Rubio (R-Fla.), Steve Daines (R-Mont.), and James Lankford (R-Okla.) are refusing to vote on the three nominees as a "package." A package vote can be done only if all Senators agree to it.

Meanwhile, Senate Majority Leader Mitch McConnell (R-Ky.) does not want to take the time to allow each nominee to be considered individually. Individual consideration will reportedly take 30 hours or so, and the Senate already has a full plate. (As I was writing this post, Sen. McConnell has shortened the August recess, which may now allow the Senate time to consider the EEOC nominees individually. Thanks to my colleague David Phippen for this information.)

*WARNING: I am getting ready to rant.*

Holding up confirmation of Ms. Dhillon and Dr. Gade to prevent Ms. Feldblum from being confirmed makes no sense to me. First, not that my personal opinion matters, but I'll share it anyway: I respect Commissioner Feldblum even though I don't always agree with her. She is intellectually honest, and, unlike many, she actually "engages" with those she disagrees with. It's refreshing, and we could use more of it in Washington and elsewhere.

But even if Commissioner Feldblum were evil incarnate, there will be a 3-2 Republican majority on the EEOC if all three nominees are confirmed. So, who cares if she is more progressive than some Republicans ideally want? With a 3-2 Republican majority, she will be outvoted by the Dhillon-Gade-Lipnic coalition. (If you don't believe me, look at what's happened to former Chairman Mark Gaston Pearce (D) since the National Labor Relations Board got a GOP majority. HINT: He is a dissenter in just about every case.)

Commissioner Feldblum's new term would expire in 2023, after the 2020 Presidential election. If President Trump or another Republican wins, she would continue to be in the minority at the EEOC. If a Democrat is elected, then she'd eventually be in the majority again (assuming the new President can get confirmation of his or her nominees). However, I doubt that there will be a dramatic philosophical difference between Ms. Feldblum and the third Democrat -- appointed by a Democratic president -- on the EEOC.

In short, there is no appreciable benefit to this holdup if the Republicans win in 2020. If the Democrats win, it might make a slight difference at best. Meanwhile, nothing is happening.