Would you have fired these hotheads?

By Robin Shea on 1.13.23
Posted in HR, Lawyers!, Wrongful Discharge

It's been a slow week for real news, and we have a long weekend coming up. But I found two stories relating to employees (one was a law partner, so technically not an employee) who blew their stacks and lost their jobs. 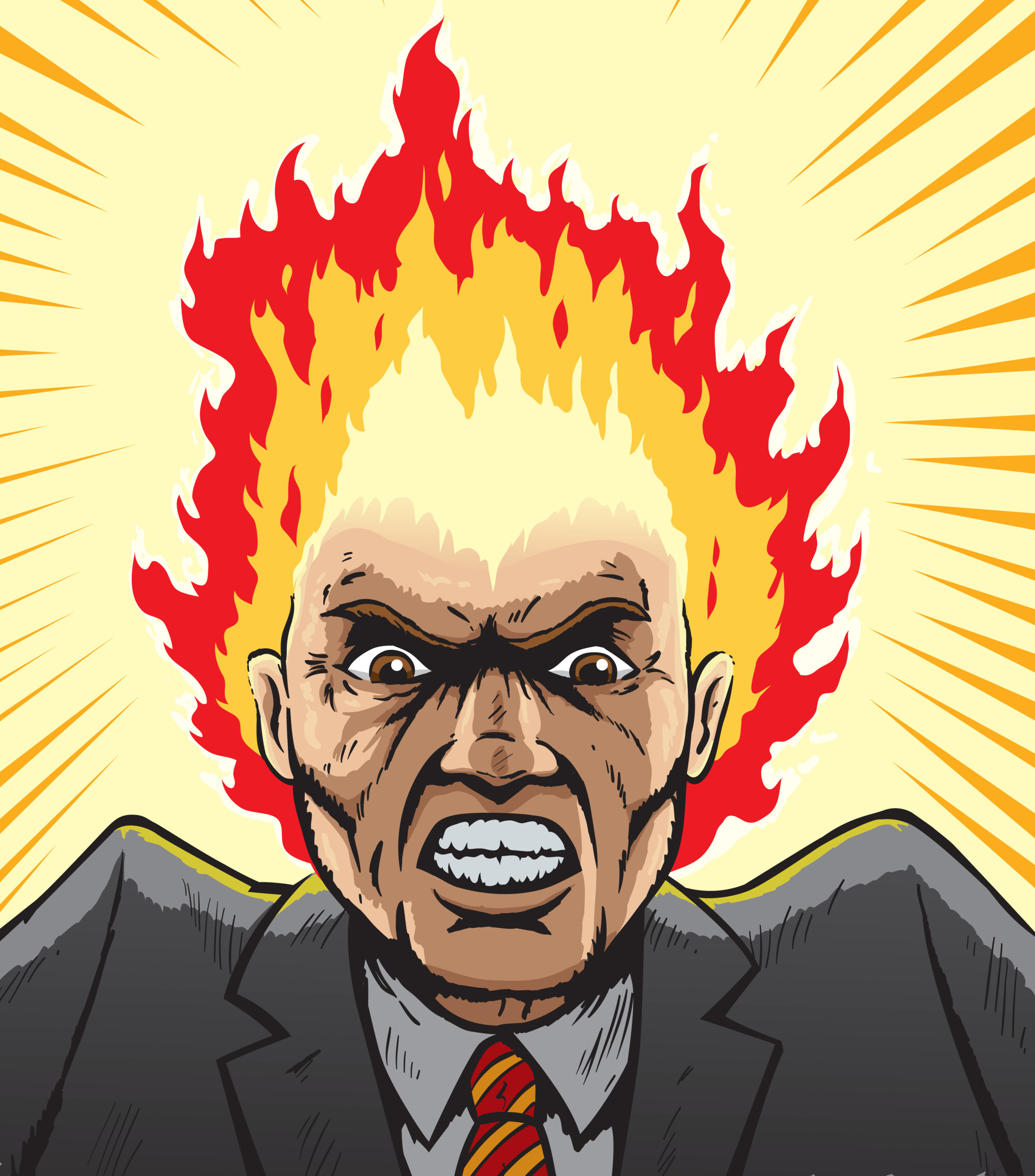 If you were the boss, would you have fired these guys, or would you have let them off with a stern warning? I'll give you my opinion at the end. And many thanks to the Daily Mail, whence these stories came and which always has the best "tabloid" news from the United States.

No. 1: Karma's a female dog. An associate in a Cleveland law firm took maternity leave. While she was on leave, she started looking for another job and apparently accepted one because she resigned two days after returning to work. One of the partners in the firm didn't take kindly to this, and he allegedly sent her this text message:

I had suspicions you were interviewing two months ago and I told Stephen then to ask you about it. He was too nice of a guy to do so. What you did -- collecting salary from the firm while sitting on your a**, except to find time to interview for another job -- says everything one needs to know about your character. Karma's a b****. Rest assured regarding anyone who inquires, they will hear the truth from me about what a soul-less and morally bankrupt person you are.

(Asterisks not in original.)

Not exactly "we wish you all the best in your future endeavors," is it? Needless to say, the text made it to social media and to Cleveland.com before hitting the Daily Mail.

Needless to say, his partners voted to fire him.

After the fact, the partner reportedly admitted having sent the text and acknowledged that it was "inappropriate and disrespectful."

In the firm's defense, the text was clearly nasty and threatening -- and it was widely shared (and condemned) on social media. In addition, it was alleged that this associate had been asked to work while she was on maternity leave, which -- if true -- may have been what prompted her to start looking for another job. (It isn't clear whether the alleged work was assigned by the partner who sent the text.) On the other hand, the partner probably dashed off that text in the heat of the moment, not to mention while in a panic about how the work was going to get done without the associate.

If you were a partner in this firm, what would you have done?

¤ Vote to fire the partner.

¤ Vote to give the partner a stern reprimand and make him apologize to the associate. And take away his cell phone so he can't text in the heat of passion any more.

¤ Call the associate's new law firm and tell them she misappropriated client funds and is a defendant in a legal malpractice lawsuit.

No. 2: Cop gone wild. A police officer in Waterbury, Connecticut, was directing traffic. As he waved for the  westbound vehicles to proceed through the intersection, a woman heading east in an SUV barreled through. The cop yelled for her to "Stop the f***ing car," then slapped her car, and then chased her down the road, yelling for her to pull over. She pulled over, and he came over and started chewing her out. She began to apologize and said she hadn't understood what was going on at the intersection. Her apologies had no effect. He kept on and on, saying she was trying to kill him and that she was going to ruin his kids' Christmas because they wouldn't have a daddy any more.

As a result of this encounter, the cop is now an ex-cop.

Before you judge, do watch the video.

Have you seen the video?

OK. Now, if you were the chief of police, what would you have done?

¤ Reprimand the cop and require him to go to anger management.

This cop was indeed acting like a jerk. But from what I could tell from the video, it looked like the woman drove awfully fast through the intersection even though there was a flashing yellow light and a police officer in the intersection waving his arms. It also looked like she didn't stop or pull over immediately when the cop told her to do it. To her credit, she apologized, and the cop probably would still be a cop if he'd accepted the apology, given her a citation, and sent her on her way. But, of course, he couldn't let it go. (Adrenaline?)

My opinion? I guess I am a softy. In both of these cases, I probably would have leaned toward a reprimand and appropriate behavior management -- assuming there had been no prior history of similar behavior. That said, I don't see any legal problems with choosing termination. (The cop is represented by a union, which is reviewing his case. Whether he gets his job back will depend on the terms of his collective bargaining agreement.)

Please feel free to opine in the comments, and have a great weekend!