You gotta quit kickin' HR around

By Robin Shea on 12.15.17
Posted in Harassment, HR, Sexual Harassment

This bustin' on HR is gettin' me down, You got to quit kickin' HR around.

The profession is under attack yet again -- this time for apparently failing to stop the Harvey Weinsteins, Mario Batalis, and Russell Simmonses of the world.

Here are some readers' comments posted in response to a Washington Post article by law and sociology professor Lauren B. Edelman, "What's the point of sexual harassment training? Often, to protect employers." My replies to the comments follow.

It's ALWAYS to protect employers.

HR is not there for the employee. They are there for management. Better to never visit them, unless it is a subordinate you are having the issue with.

Duh. Everything HR does is for protection of the company. That's why HR exists - to manage employee (caused) liability. The pap about "HR cares about and wants to help you" is just gas.


Of course, HR professionals are there to serve the company, but as I've noted before, that doesn't mean they aren't also protecting employees. The company's interest is, of course, to conduct its business as successfully as possible. That objective can't be met if the company has nothing but disgruntled employees, and if the company is embroiled in the the disruption and expense of government investigations and litigation. Treating employees fairly and well, complying with applicable laws, indirectly serves the company's business objectives. It's not "either/or." 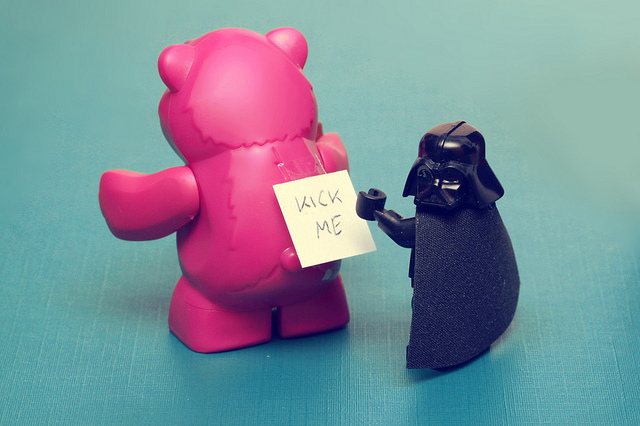 The commenters also generally panned harassment training, which I consider an indirect slap at HR:

I'm a woman and I consider sexual harassment training mostly worthless. It's considered CYA (cover your @ss) for management. . . . The sexual harassers don't see themselves as sexual harassers so the training is completely wasted on them. . . . Since it seems that many of the sexual harassers are in top management, it means that they just tolerate it and everyone else knows that. Most of the so-called zero tolerance policies are a joke.

[in response to prior comment] I agree. I also don't think that people need to be trained to know that it is wrong to rape an unconscious person. I don't understand how any human being could think that was OK behavior. While there may be some gray areas, most of it is obvious.

(Does the commenter mean it's ok to rape a conscious person?)

Seriously, does their harassment training really consist of someone teaching them that rape is wrong? If so, I can understand why they think it's a waste of time. But I've never heard of any harassment training that dwelled on such obvious points. My harassment training, and the training by others that I'm aware of, focuses primarily on the "gray areas" that are much less obvious, such as sharing a dirty joke with a co-worker who will think it's funny, or being too aggressive in asking someone out for a date. 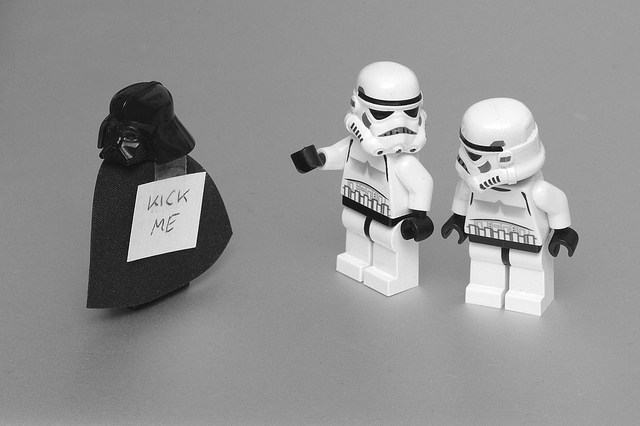 And impose harsh penalties without training? Good luck with that. You fire a harasser, who files a union grievance/EEOC charge/lawsuit. When asked to show how the harasser knew that his or her behavior was wrong, all you can do is lamely respond, "He knew!" because you never offered any training.

Being ordered to reinstate a sexual harasser -- with full back pay -- will prevent a lot of workplace harassment. Yeah.

(I am being sarcastic.)

I do agree with a couple of points made by the first commenter, though. If the harassment is by someone high up in the organization, HR may be powerless to deal with it and the behavior may be allowed to continue. That's what seems to have happened with the high-profile Hollywood types and politicos who've recently been called out. Companies need to figure out in advance how they will  investigate and address harassment complaints made about people who outrank the top HR person.

I also agree with the reader about "zero tolerance" policies, which can be both too harsh and too lenient. Too harsh because not all sexual harassment is equal. A person who tells an off-color joke should not normally be fired on the first offense. Too lenient because "zero tolerance" provides no guidance about what to do in these less-severe situations. Thus, an HR person with only a "zero tolerance" policy who doesn't think termination is appropriate may have to wing it and may actually err on the side of being too easy on the offender.

Some of the comments, while generally critical of companies and of HR, were more realistic about the need for harassment training:

. . . I was subjected to constant and annual sexual harassment training. While the training was repetitive and often tedious, it did drill home the point - sexual harassment and the hostile work environment that such harassment occasioned was NOT appropriate conduct in and about the federal workplace. . . . what the training did do, was to give me the tools to effectively discipline [an employee], and to make the discipline stick! . . . So, I'd have to say, in my office, the training was extremely effective and achieved the stated goals. . . .

I wouldn't say the training is useless, but training and our policies/procedures need to break out of the inadequate "don't be offensive" mode and widen the scope to prevent and be responsive to abuse of power.

I like the idea of an ombudsperson who has no conflicts of interest with the employer, someone employees feel safe going to, who can implement meaningful forms of accountability and redress.


I love that idea, but there is a big problem with it: even an "independent" ombudsperson is going to be answerable to the company on some level. If it's an employee of the company, then he or she will be subject to termination. (To illustrate from a different context, both The New York Times and The Washington Post have eliminated the positions of their "independent" editorial ombudspersons.) Even if the ombudsperson is an outsider, such as a lawyer or HR consultant, he or she would serve at the pleasure of the company. So the company could still terminate the business relationship at any time, and the fear of losing a client could cause the outside ombudsperson to pull punches.

In short, there is no such thing as a "100 percent guaranteed independent" ombudsperson who can tell it like it is without the possibility of any adverse consequences to himself or herself. But imperfect self-policing is better than giving up and doing nothing until the government or the courts have to step in.

One other point - in the overwhelming majority of situations, someone in the company's HR department does in fact outrank the alleged harasser, meaning that HR can investigate fairly and take appropriate action without fear of consequences.

Any company without a sexual-harassment-prevention program is asking for trouble. If there is an incident or situation in their workplace and employees had not been told formally it's wrong and the victim does not know how to deal with it within the organization the company is screwed.


Amen to that, Rick.

I'll follow up soon with a post about some of the findings of the author and her recommendations. But in the meantime, you better quit kickin' HR around. They may not be perfect, but they're as good as we are likely to get in this imperfect world.