Vice President Joe Biden is expected to announce the official release of the U.S. Department of Labor's new overtime rule this afternoon in an appearance at Jeni's Splendid Ice Cream in Columbus, Ohio. I'll post the rule, which will change the white-collar overtime exemptions to the Fair Labor Standards Act, as soon as it's available. Meanwhile, the DOL has already released the outline of the rule's provisions (minimum salary to qualify is being raised from $23,660 to $47,476, adjusted for cost of living every three years; no change to duties test). 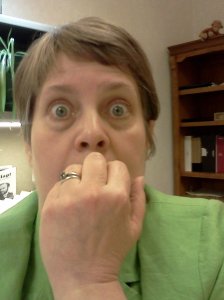 There has been some good news coverage this morning. Here are some links to whet your appetite while we wait for the official word:

From Marc Freedman of the U.S. Chamber of Commerce: Icing on Overtime Cake: Plaintiffs' Bar Getting Ready

And a Fact Sheet issued by the White House: Growing Middle Class Paychecks and Helping Working Families Get Ahead (RES - We'll see. I hope so.)

Meanwhile, attorneys in our Wage and Hour Practice Group are expected to have a client bulletin on the rule today or tomorrow, which I'll post as soon as it's ready. UPDATE: Here it is, by Ellen Kearns.