By Robin Shea on 3.2.18
Posted in Discrimination, Sexual Orientation

Let's look at the arguments, pro and con, that the Supreme Court is likely to hear someday.

As I reported briefly on Monday, the U.S. Court of Appeals for the Second Circuit has decided in Zarda v. Altitude Express (aka "the gay skydiver case") that sexual orientation discrimination is, in fact, prohibited by Title VII.

The decision is a long read (163 pages), and I am proud to say I have not only finished it but have also lived to tell about it. Seriously, if you are interested in this issue, the court's decision is well worth your time. Both the majority decision and the primary dissent were eloquent and persuasive. (There were also some nice pithy comments from some of the "lesser" opinions, too. My favorite was Judge Dennis Jacobs' concurrence. He agreed with the majority on one dispositive point but said the rest of the opinion was "woke dicta." LOL.)

Because the two primary opinions were so well done, I thought it might be fun to cover the decision as a "debate" between the two sides. If the Supreme Court agrees to review the decision, these are the issues I would expect the Court to be grappling with. Or dividing 5-4 over. Even if the employer decides it isn't worth the time or expense to get a Supreme Court review, the Second Circuit's decision is sure to influence other U.S. Courts of Appeal.

The issue, and a disclaimer or two

Before the debate begins, here is a brief recap of the issue. Title VII of the Civil Rights Act of 1964 prohibits discrimination based on "sex," among other things. Everyone seems to agree that in 1964, Congress and the rest of the world viewed "sex" as meaning male and female, and thought that this part of Title VII was intended to eliminate workplace discrimination against women. No one at that time thought "sex" meant "sexual orientation."

However, as we all know, views of the meaning of "sex" have evolved dramatically in recent years. In fact, as I write this today in 2018 I feel very old-fashioned using the word "sex" instead of "gender." In 2015, the Equal Employment Opportunity Commission decided that sexual orientation discrimination in federal employment was "sex discrimination" prohibited by Title VII. Since that time, the U.S. Court of Appeals for the Seventh Circuit has agreed, and the U.S. Court of Appeals for the Eleventh Circuit has disagreed. The Second Circuit is the third U.S. Court of Appeals to decide the issue since the EEOC's change in position in 2015.

(Before 2015, the EEOC and just about all of the courts (including the Second and Seventh circuits) said that Title VII did not prohibit discrimination based on sexual orientation.)

In this week's Zarda decision, all of the dissenting judges agreed that sexual orientation discrimination should be against the law - they just didn't think it was currently covered under Title VII. But they all expressed hope that Congress would amend Title VII to include sexual orientation in the list of protected categories.

Although I'm framing this as a debate, please note that in the Second Circuit states of Connecticut, New York, and Vermont, and in the Seventh Circuit states of Illinois, Indiana, and Wisconsin, sexual orientation discrimination violates Title VII. In those jurisdictions, the issue is settled unless the Supreme Court someday rules otherwise. 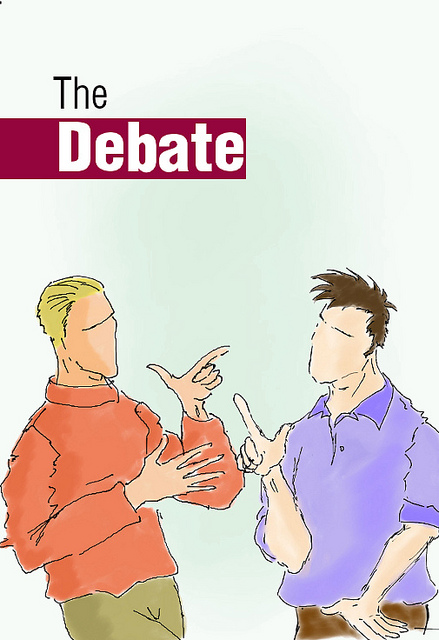 Differential treatment based on . . . what?

PRO: When an employer discriminates against an employee based on the employee's sexual orientation, it is treating that employee differently because of his or her sex. For example, in such an employer's view, it would be fine for a woman to be attracted to men, but not fine for a man to be attracted to men. Therefore, the man is being treated differently from the similarly situated woman because of his sex. That is prohibited by Title VII.

Other expansions of the meaning of "sex discrimination"

CON: Well, no. It is true that people will continue to find novel and creative ways to discriminate against women (and sometimes men) because of their sex. Before 1964, you could run "Help Wanted-Male" and "Help Wanted-Female" ads in the newspapers. You could categorically refuse to hire people for certain jobs based only on whether they were male or female. After Title VII went into effect, you couldn't do that blatant stuff any more, but you could still try to "steer" women into less lucrative jobs, pay them less than men because they weren't the primary breadwinners in their families, or hit on them at work so badly that they would quit and never come back. These are all just different methods of achieving the same outcome: to discriminate against women because of their sex. Therefore, they are all illegal under Title VII even if they weren't specifically recognized by Congress in 1964.

CON: No, sex stereotyping is a preconceived notion about how women (or, sometimes, men) think and act that harms their opportunities in the workplace. Historically, for women in the workplace this has been a "heads I win, tails you lose" proposition. For example, a woman may be expected to be sexy and submissive at work while her male co-workers are under no such pressure. Then, when she seeks a promotion, she is turned down because she doesn't "come across as professional enough." Or she may conduct herself in a more professional way and behave more assertively, and be rejected for being too "unfeminine." In short, she can't win. The same type of stereotyping can disadvantage men in traditionally female occupations.

CON: The race cases aren't applicable to this situation. In the race cases, the white employee was being discriminated against because he or she "associated" with a member of a race that the employer considered "inferior" to the majority group. (Belief in the inferiority of certain races is the basis of U.S. anti-miscegenation laws, and also of most prejudices against mixed-race couples.) This same principle arguably applies to other areas covered by Title VII (for example, it would be religious discrimination for an anti-Semitic employer to discriminate against a Lutheran employee for marrying a Jew, and national origin discrimination for an employer to discriminate against an Anglo employee for marrying a Latino). But the same reasoning doesn't apply to sexual orientation. An employer who is prejudiced against a gay man doesn't believe that the gay man's partners - i.e., men - are inferior. The employer merely believes that men should be with women, and vice versa. Even if the employer were to believe that women were inferior to men, such an employer would have no problem with a man for "associating" with a woman because, in the employer's view, that's just the way Mother Nature intended it.

What about U.S. v. Windsor and Obergefell v. Hodges?

PRO: The U.S. Supreme Court has already ruled (twice) that same-sex marriages should be treated the same as opposite-sex marriages. As the EEOC argued in its amicus brief, it doesn't make sense that an employee could have a legal same-sex wedding on Sunday only to be fired for being a lesbian when she goes back to work on Monday.

CON: Agreed. It's unfair and illogical. But it does make sense legally. Windsor (which held that federal spousal benefits were available to same-sex spouses) and Obergefell (which invalidated state laws prohibiting same-sex marriage) were based on the Fourteenth Amendment to the U.S. Constitution. Title VII, on the other hand, isn't part of the Constitution. It's just a humble statute, which Congress can repeal, expand upon, or otherwise amend at any time. If sexual orientation discrimination should be prohibited by federal law (and all the dissenters think it should), then all Congress has to do is amend Title VII to include sexual orientation as a protected category. Voilá! A slew of states and the District of Columbia have done this already. But, for whatever reason, Congress has failed to enact protections based on sexual orientation. Congress has failed a lot. The courts are more or less stuck with upholding the statutes as Congress enacts them, and so we are in this anomalous position for the time being. It isn't the courts' place to do Congress' job for it. 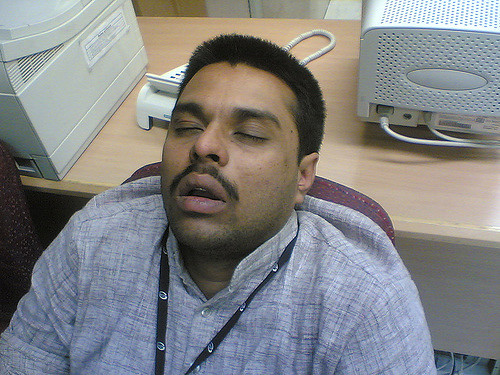 So there, my dear readers, is the gist of the debate. I am torn. I've always recommended to clients that they prohibit discrimination and harassment in the workplace based on sexual orientation, regardless of whether it is against the law. I think the majority in Zarda made some very persuasive arguments in favor of expanding the meaning of "sex" in Title VII to include sexual orientation. And yet the lawyer in me agrees with the dissenters that this really isn't what Title VII currently says or means. I think it sets a dangerous precedent for courts to "re-interpret" statutes that they think need updating instead of deferring to the legislative branch.

What do you think? Please share your thoughts in the comments!