A whole bunch of nothing: Five takes on Gov. McCrory's "walkback" of N.C. HB 2

NOTE FROM ROBIN: As you know, my main collaborator on HB2-related developments has been my law partner, Jon Yarbrough, who is in our firm's Asheville Office. Jon has offered his thoughts about Executive Order No. 93, which Gov. Pat McCrory (R) signed yesterday.

My initial thought is that Executive Order No. 93 is a whole bunch of nothing cloaked as something. 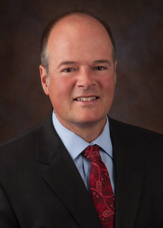 No. 1 - Regarding employment, the Governor encourages the legislature to reinstate public policy claims under the Equal Employment Practices Act, N.C. Gen. Stat. Section 143.422.2.  Fine. I was actually shocked they were taken away in the first place.  But there's no change because he can only encourage.

No. 2 - The “common sense” language will not satisfy LGBT advocates. The "bathroom provisions" of HB 2 affect public buildings, not private, and there is no enforcement mechanism.  A number of businesses in the state have posted signs saying they will not comply with HB 2, but the HB 2 bathroom provisions do not apply to them anyway. Given that the federal Occupational Safety and Health Administration and the Equal Employment Opportunity Commission issued LGBT restroom guidance years ago, my question is, Why didn't you post these signs in 2015 when OSHA came out with its guidance on transgender restroom access?

No. 3 - The Governor added sexual orientation and gender identity as a protected class for state employees.

No. 5 - There is still nothing in this EO that would allow Charlotte or any other municipality to create and enforce its own EEO ordinance. Charlotte can have its own EEO policy with whatever protected classes it wants for its own employees. It cannot force the same on local businesses or businesses doing business with the City.

(3)        To promote understanding, respect, and goodwill among all citizens;

(4)        To provide channels of communication among the races;

(5)        To encourage the employment of qualified people without regard to race;

(6)        To encourage youths to become better trained and qualified for employment;

(7)        To receive on behalf of the Department of Administration and to recommend expenditure of gifts and grants from public and private donors;

(8)        To enlist the cooperation and assistance of all State and local government officials in the attainment of the objectives of the Commission;

(9)        To assist local good neighborhood councils and biracial human relations committees in promoting activities related to the functions of the Commission enumerated above;

(11)      To administer the provisions of the State Fair Housing Act as outlined in Chapter 41A of the General Statutes;