Ten years ago or so, every employment lawyer and his sister was calling the interaction between workers' compensation, the Family and Medical Leave Act, and the Americans with Disabilities Act "the Bermuda Triangle."

The idea was that trying to keep all of these laws in mind while dealing with injured employees caused employers to become disoriented, without a compass, and lost.

I've never been crazy about that metaphor, although I've been guilty of using it. I never heard of an employer who mysteriously vanished forever after having a workers' comp-FMLA-ADA issue.

And, anyway, that whole Bermuda Triangle hype may be a hoax.

A better metaphor, in my opinion, is Whack-a-Mole. An employer thinks it's fulfilled its obligations, and then -- whoop! -- up pops a new "mole."

"OK, we have the workers' comp covered."

Whoop! Darn! Now it's the ADA!

Whoop! Title VII? Where the heck did that come from?*

*Employers should be accommodating pregnancy and related conditions under many state laws, and arguably under federal law. (But pregnancy is almost never a workers' comp issue because, thank heaven, most pregnancies are not work-related.)

"Whack-a-mole" as a metaphor isn't much more original than "the Bermuda Triangle," but it's a lot more accurate.

I could have sworn that this post had a point. Oh, yeah.

This week, a panel of the U.S. Court of Appeals for the Eleventh Circuit said that an employer who totally missed the FMLA "moles" will have to have a jury trial on its former employee's FMLA interference claim. See whether you can find all of the FMLA moles in this story. We can compare notes at the end.

One day she fell down at work and hurt her knee. Her boss took her to the emergency room, and she was written out of work for four consecutive days. Then she was excused for 11 more days. HHS told her to use her sick leave.

She and her boss went to an orthopedic surgeon, who injected her knee with a cortisone shot and prescribed physical therapy for six to eight weeks, and he released her to light duty. HHS complied with the light duty requirements.

About three weeks later, Ms. Ramji went to physical therapy -- again, with her boss. The physical therapist recommended at least two sessions a week for four weeks, and said more might be necessary. While Ms. Ramji was still doing the physical therapy sessions, she saw her orthopedic surgeon again (with her boss) and said her knee was much better and that she was ready to return to work. He found that she was at maximum medical improvement and gave her a zero disability rating.

Sounds great, huh? How did this ever turn into a lawsuit?

Unbeknownst to Ms. Ramji or any of her health care providers -- but known very well by the boss who had been accompanying her to her medical visits -- HHS required employees returning to work to pass an "essential-functions test." To pass the test, Ms. Ramji would have to perform a lot of exercises that would have been difficult for someone with a bum knee. Like squats, and going from standing to kneeling on the floor with one knee and then getting back up again, and then doing it all again with the other knee.

Upon her return to work, Ms. Ramji failed the test and may have had a relapse of her knee condition. HHS fired her for failing the test.

Ms. Ramji didn't sue under the ADA, so we can forget about that particular mole. The workers' comp claim was eventually settled, so no workers' comp mole. But the big mole that HHS missed, again and again, was the Family and Medical Leave Act mole. 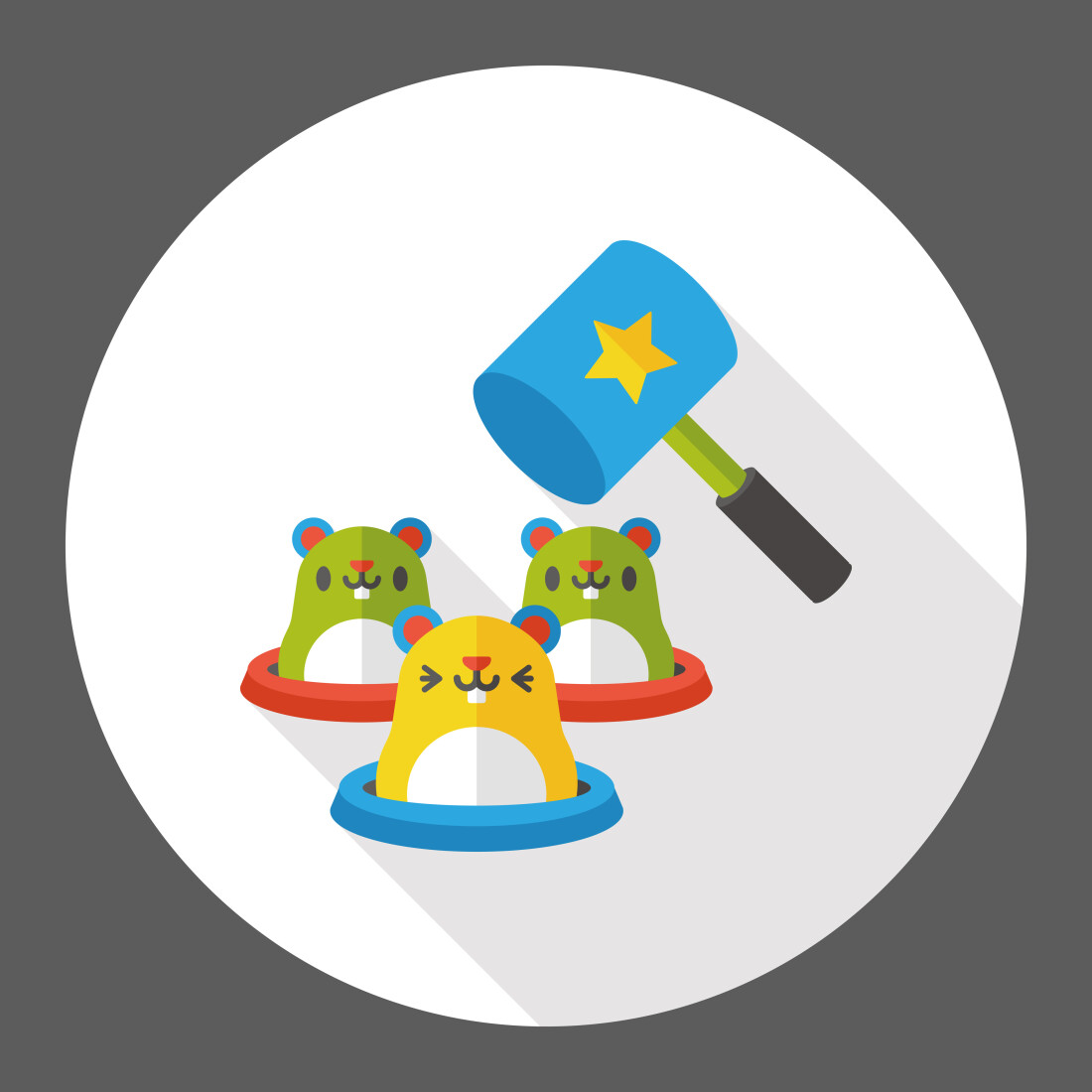 HHS was a "covered employer" under the FMLA, and Ms. Ramji had been employed for more than 12 months and apparently had a full 12 weeks of FMLA leave available at the time of her accident. But, according to the court's decision, HHS never informed her of her right to take FMLA leave.

How many FMLA moles did you find in this story? Here were mine:

That's a lot of moles, but you may have found even more than I did.

The moral of this story

Employers, workers' comp injuries are often going to qualify as FMLA "serious health conditions" at the same time. FMLA leave can run concurrently with a workers' compensation leave, or with paid sick leave. (Also, although it wasn't at issue in this case, short-term disability leave.) It's a good idea to get the FMLA clock running right away. Although you are not required to let FMLA and other leaves run concurrently, it is to your advantage to do so. These examples will illustrate:

HHS apparently thought that by choosing to treat Ms. Ramji as a "workers' compensation case," it didn't have to worry about the FMLA. But the FMLA doesn't allow employers to choose. If the FMLA applies, it applies.

As you start your weekend, here's a little Whack-a-Mole ragtime fun: