As you may have seen, the jury in Marchuk v. Faruqi came back yesterday with a verdict for plaintiff Alexandra Marchuk, but it will not allow her to retire, nor will it even pay off her law school student loans.

$5,000 in punitive damages against the law firm

and $45,000 in punitive damages against partner Juan Monteverde.

Read on for my analysis.

Q. How could the jury find in Ms. Marchuk's favor on the New York City claim but not the Title VII or New York state claims? Weren't they all sexual harassment claims? If the defendants were liable for one, wouldn't they be liable for all three?

A. I wondered the same thing. As it turns out, and as I'm sure our New York City readers knew already, the legal standard under the City law is more "employee-friendly" than under federal or state law. Under the latter, an employee claiming hostile work environment sexual harassment has to show that the conduct was severe or pervasive. (If it's 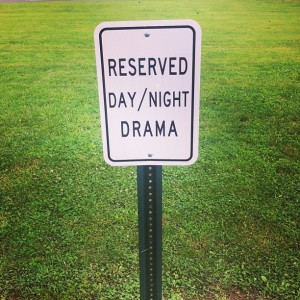 severe, like a rape, it may not have to occur more than once. If it's pervasive -- legalese for "happens a lot" -- it doesn't have to be as severe.)

Under the City law, though, the behavior does not have to be "severe or pervasive" to create liability. All a plaintiff has to show (in the context of a sex harassment or discrimination claim) is that she was treated "less well" because she was a female. The burden is on the employer to prove that the offensive behavior was too trivial for liability.

All of this raises an interesting question: If the jury found that Ms. Marchuk didn't prove her case under Title VII or the New York state law, then does that mean the jury did not believe her allegations of rape and non-consensual fondling? I'm thinking maybe they did not. Because that (alleged) behavior was quite "severe," especially the alleged rape after the party in December 2011. I'm wondering whether the jury believed that Mr. Monteverde was guilty only of making some inappropriate comments at work, which would result in a Marchuk win under City law but might or might not under state and federal law.

(I wrote the above paragraph last night, and this morning I saw that the defendants' lawyer, Scott Bursor, was quoted in Law360 making the same observation.)

Q. Why didn't the law firm settle this case before there was a three-week trial that cost a fortune in defense costs and also made the firm look like Animal House?

A. We'll probably never know, but here are a few possible reasons:

1-Ms. Marchuk was seeking $2 million in the lawsuit, so maybe her settlement demand was too high.

2-Maybe the Faruqis didn't believe that Ms. Marchuk was sexually harassed and thought that a jury would agree. Juan Monteverde said that the sex was consensual, and a number of firm employees testified that Ms. Marchuk seemed pretty lovey-dovey with him.

3-Maybe the Faruqis were too  principled to settle, as may have been shown in the infamous counterclaim they filed (later withdrawn) in which they claimed that Ms. Marchuk had a sick "fatal attraction" to Mr. Monteverde.

My best guess is that the correct answer is "All of the Above."

Q. Were you skeptical at all of Ms. Marchuk's claims? If so, why?

A. Yes, I had some reservations about Ms. Marchuk's story. She had about $289,000 in student loans to repay (scroll down to 1/16 entry), which gave her a strong economic motive to sue. She also joked with a friend about taking a trip to Hawaii with the settlement money (scroll down to 1/15 entry).

As already noted, her co-workers at Faruqi & Faruqi testified that she held hands and engaged in other PDAs* with Mr. Monteverde (scroll down to 1/23 entry). The biggest mark against her, in my opinion, was the fact that she reportedly went to the gynecologist shortly after the holiday party sexual encounter and told the doc that the sex was consensual and that she was fine about it.

Ms. Marchuk's attorney was quoted in the Law360 article linked above as saying that Ms. Marchuk will keep working and will not retire. I should say so.

Q. Were you skeptical at all of Mr. Monteverde's side of the story? If so, why?

A. Yes, I had reservations about Mr. Monteverde's story. First, he admitted to fooling around with Ms. Marchuk, which is not sexual harassment in itself, but it creates a bit of "smoke." Especially when coupled with some of the other evidence in the case.

Second, Ms. Marchuk might have been lovey-dovey with him because, as a new associate, she felt career pressure to be that way.

Third, you may recall that Mr. Monteverde testified that he did not have intercourse with Ms. Marchuk the night of the holiday party because he was too drunk to perform. Well, ok, but I don't understand why Ms. Marchuk's blood would be on his carpet the next day if they hadn't had sex (or gotten into a fistfight, which no one claimed). Mr. Monteverde says it really wasn't blood, but if it wasn't, then why did he panic when Ms. Marchuk told him it was and that they needed to cover it up?

Fourth, the "fatal attraction" story didn't make much sense to me, either. Ms. Marchuk reportedly quit abruptly not long after the holiday party encounter. If she was "fatally attracted" to Mr. Monteverde, why would she do that? Wouldn't she be doing the opposite and stalking the heck out of him?

According to this morning's Law360 article (linked above), Mr. Monteverde's compensation for 2014 was $5 million, so he can afford to pay that $45,000 punitive damages award. (He may have to use regular unleaded in his Rolls Royce this year.)

Q. Do you agree with the jury's verdict against the law firm, as opposed to Mr. Monteverde?

A. I have more sympathy for the firm's position than Mr. Monteverde's. I can see how the Faruqis might have honestly believed that this was a consensual workplace relationship and not sexual harassment. In fact, there was testimony that Ms. Marchuk herself told co-founder Lubna Faruqi that the relationship was consensual.

That having been said, it appears that the firm could and should have done more to jerk a knot in Mr. Monteverde, who shouldn't have been hitting on young associates or making "BJ" and other lewd jokes at work -- especially not in front of associates, who might be afraid to speak up for fear of losing their jobs in a rotten market for new lawyers. Bawling him out, putting him on probation, and taking away his bonus are all good steps, but I think the bonus may not have been taken away until after the law firm got sued.

If Mr. Monteverde alone got $5 million, the firm will barely notice that $95,000 they have to pay Ms. Marchuk. The firm's first-year associate salaries are probably higher than that.

But the firm has also had to pay a bundle to its own attorneys in defending the case, and will probably have to pay some (though perhaps not all) of Ms. Marchuk's attorneys' fees. Even so, my guess is that the firm will manage to scrape it together.

In sum, Ms. Marchuk has got to be disappointed, but I don't view this verdict as a gross miscarriage of justice. In fact, given my feelings about all sides in this case, it seems just about right.

OK, enough about what I think -- what did you think about the trial? Do you agree or disagree with the outcome? Whom did you believe? Let us hear from you in the comments!

*Cara Crotty has a bulletin on the proposed "updated" sex discrimination rules recently issued by the Office of Federal Contract Compliance Programs. In addition to adding protection for LGBT applicants and employees, the proposed rule also addresses pregnancy and "caregiver" discrimination, and is more consistent with the EEOC's more recent guidance.

*Save the date! Cara will also be hosting another affirmative action webinar, this time on the OFCCP's new "LGBT" rules. If you're a federal contractor, you will want to join Cara. The webinar will be on  Tuesday, March 10, from 1 to 2 p.m. Eastern. The registration page isn't up quite yet, but probably will be by Monday.