By Robin Shea on 6.3.22
Posted in Documentation, Family and Medical Leave Act, HR

The court is right, I think.

A panel of the U.S. Court of Appeals for the Seventh Circuit issued an opinion on Wednesday that provides helpful clarification for employers and their leave administrators.

According to the panel, a claim for "interference" under the Family and Medical Leave Act does not require a finding that the employee was actually denied leave. Any words or actions that would discourage an employee from taking leave will be enough.

I hate to say this about a decision that was not favorable to an employer, but I really do think the court nailed it. The court considered the language of the FMLA, court precedent, and the interpretation of the U.S. Department of Labor.

She said, he said

Salvatore Ziccarelli was a 27-year employee with the Cook County Sheriff's Department in Illinois. He had a number of medical conditions, including Post-Traumatic Stress Disorder. In September 2016, he asked his FMLA leave manager about taking time off so he could get some recommended treatment for his PTSD. He had exhausted only 304 hours of his 480-hour allotment, meaning he had a bit more than four weeks of FMLA leave remaining in the annual leave period.

Everybody agreed that the above happened. Everything else was in dispute. 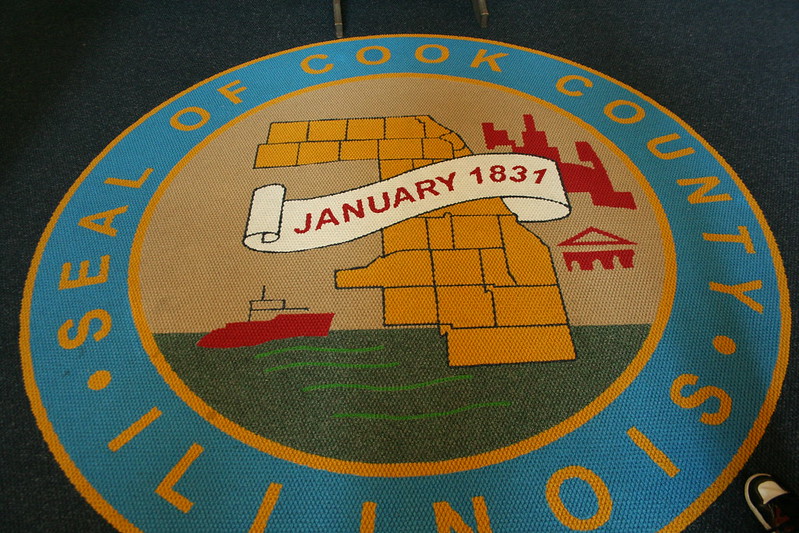 Perfectly reasonable! The court said that if the leave administrator's account was correct, then there was no FMLA interference.

But, of course, Mr. Ziccarelli had a different story. According to him, he had asked for a total of eight weeks' leave, using all of his remaining FMLA leave, plus his sick and annual leave. He alleged that the leave administrator told him, "you've taken serious amounts of FMLA . . . . don't take any more FMLA. If you do so, you will be disciplined." (Ellipses in court decision.) Mr. Ziccarelli said that the leave administrator's words made him afraid he would be fired for taking FMLA leave. He decided to retire and did not ever take the FMLA leave.

Since their stories were so different on this key point, a jury -- rather than a judge -- would have to decide who was telling the truth.

There are two possible claims an employee or former employee can bring under the FMLA: Interference, and retaliation. "Retaliation" is punishing an employee for exercising rights under the FMLA. ("I'd like to take FMLA leave." "You can take off all the leave in the world. You're fired.") I am oversimplifying. But retaliation is pretty straightforward, so I won't talk about that here except to say that the Seventh Circuit agreed with the lower court that Mr. Ziccarelli was not entitled to a jury trial on his FMLA retaliation claim.

Interference is more complex. The FMLA says that it is unlawful for an employer "to interfere with, restrain, or deny the exercise of or the attempt to exercise, any right provided under" the FMLA. According to the Seventh Circuit panel, use of "or" means that it is unlawful either to "interfere with" or to "restrain," or to "deny." If a plaintiff had to show a denial in every case, there would be no need to include the words "interfere with" or "restrain."

The court also noted that the statute prohibits employers from "deny[ing] the exercise of or attempt to exercise, any" FMLA rights. This seems to include attempts by an employer to discourage employees from requesting FMLA leave as well as actually taking FMLA leave. As the court said, an employer could deter requests for FMLA leave by "not providing basic FMLA information to an employee unaware of his rights, or orally discouraging FMLA use before the employee actually requested leave."

The U.S. Department of Labor, Wage and Hour Division, enforces the FMLA. The court noted that the FMLA regulations indicate that "to interfere with," "to restrain," and "to deny" are three different types of unlawful acts. One significant part of the regulations says, "Interfering with the exercise of an employee's rights would include, for example, not only refusing to authorize FMLA leave, but discouraging an employee from using such leave." (Emphasis added by the court.)

FMLA interference. Get it?

How could the Sheriff's Department have avoided a jury trial?

The Sheriff's Department has lost a battle, but not the war. If the jury believes the FMLA leave administrator, Mr. Ziccarelli will lose.

But jury trials are unpredictable, stressful, disruptive, and expensive. Since an employer can't control what an unhappy ex-employee will say, was there anything this poor leave administrator could have done to protect herself and her employer?

Not a lot. An FMLA leave administrator can't very well require that all communications with employees be in writing. The only thing I can see that she might have done differently would have been to send a "confirming" email to Mr. Ziccarelli after their discussion. Something like this might have eliminated the "genuine issue of material fact" about what she told him:

Hi, Sal. I wanted to confirm our discussion this afternoon about your leave questions. You have used 304 hours of your annual allotment of FMLA leave, which leaves you with 176 hours (a little more than four weeks). I don't administer the sick leave or annual leave policies, but you are certainly welcome to check with the administrator of those programs about whether you have enough sick or annual leave to cover the time that won't be covered by the FMLA. Mary Smith at extension 1234 (email: Mary.Smith@cookcountysheriff.gov) is the contact for that.

If you are unable to return to work after all of your approved FMLA, sick, and annual leave has been exhausted, you can contact Melvin Smythe at extension 5678 (email: Melvin.Smythe@cookcountysheriff.gov) about other options, including reasonable accommodation and short-term disability benefits.

Once you find out from Mary how much sick and annual leave you have, please contact me, and Mary and I will coordinate your available leaves. In the meantime, if you need anything further from me, please do not hesitate to let me know.

*NOTE FROM ROBIN: I made up the names Mary Smith and Melvin Smythe, as well as their telephone extensions and email addresses. I don't think I even have the right domain name for the Cook County Sheriff's Department, which is probably just as well for them.

Even though the court's decision was surely a disappointment for the Sheriff's Department, at least it lets employers and FMLA leave administrators know where they stand.