"Lighten up, baby," and other harassment "best practices" for employers

By Robin Shea on 4.1.16
Posted in Harassment

Dear Readers: Not that anything in this blog constitutes legal advice anyway, but before you accuse me of legal malpractice based on the following post, please notice today's date. Happy April Fool's Day! Robin

Many employers ask me: "Robin, what are your 'best practices' for workplace sexual harassment?" I'm glad you asked!

No. 1: Be sure that your policy on sexual harassment is boring and legalistic. The entire legal definition of "hostile work environment" from the EEOC regulations is always a big hit with employees, especially the ones who didn't finish high school or aren't fluent in English. And when you post your no-harassment policy, be sure it's in 10-point font on a crumpled sheet of white paper with coffee stains, since it will be covered up by your "four-in-one" cardboard posters anyway.

No. 2: Let your harassment training "slip through the cracks." Employers who have some foibles are more human and lovable than the buttoned-up sticks-in-the-mud.

No. 3: Assume the woman with a complaint of harassment is always a lying hussy with an ulterior motive. It's upsetting to get a complaint of sexual harassment -- for the accused employee, for you because you're going to have to do all that work investigating . . .. Y'all are the real victims here. You can be sure that the complaining employee is (1) a woman scorned, (2) hysterical; (3) out for a windfall, (4) trying to blackmail you so that you won't write her up for bad attendance, or (5) all of the above. This goes double if she's complaining about her boss, or, heaven forbid, someone on the leadership team. Tell her to "lighten up, baby." Be unflagging in your commitment to destroy her credibility. 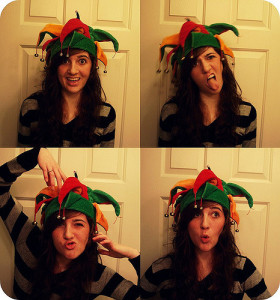 No. 4:  Assume the man accused of harassment is always a sleazebag predator. It may be hard to do No. 3 and No. 4 at the same time, but try your best!  If a man is accused of sexual harassment, then you know he's guilty because that's the way men are, the scumbags. Even Tim Allen says men are pigs, and he should know. The higher up the accused man is, the more likely he's guilty because he's taking advantage of his position of power. You don't have to waste time with an "investigation," or "due process" -- just get on with it, and fire the dude!

No. 5: The "gut" never lies, and it's efficient. It's a good idea to have the investigation conducted by someone who intimately knows both the parties and their personalities already, because she won't have to waste time gathering or reviewing "evidence." Following your gut saves time.

No. 6: Never document. As they say, "Anything you say can and will be used against you in a court of law." Who needs that aggravation?

No. 7: You know those chips? Never let them fall where they may. Once the investigation is over, don't ruin your career by taking a sober, unbiased look at the evidence and determining to the best of your ability what happened and what, if anything, should be done about it. If the accused is the boss, then your job is to protect him --  unless he's fallen out of favor with his bosses, in which case you need to throw him under the bus. 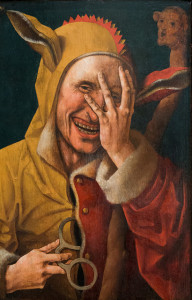 No. 8: Never follow up. Because you're a nice person, you may be wondering how things have been going since you closed your investigation. It's normal to have feelings like that, but try to put them out of your mind. You don't want to open a can of worms. Take a walk. Bake a cake. Do volunteer work. Binge-watch House of Cards, Seasons 1-4.

No. 9: When you get an EEOC charge or lawsuit because you followed Best Practices 1-8, don't sweat it. That's why your lawyers get the big bucks.

Don't believe everything you read -- this is an April Fool's post! But if you do the opposite of what I say, you should be just fine.  :-) 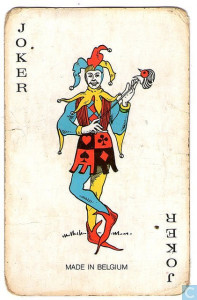 David Phippen predicted the outcome of the Supreme Court's 4-4 decision this week in Friedrichs v. California, which left in place a Ninth Circuit decision saying that non-union teachers could be required to pay "agency fees" to the union. This decision would probably have gone the other way, 5-4, but for the death of Justice Antonin Scalia.