Only YOU can prevent a social media firestorm. 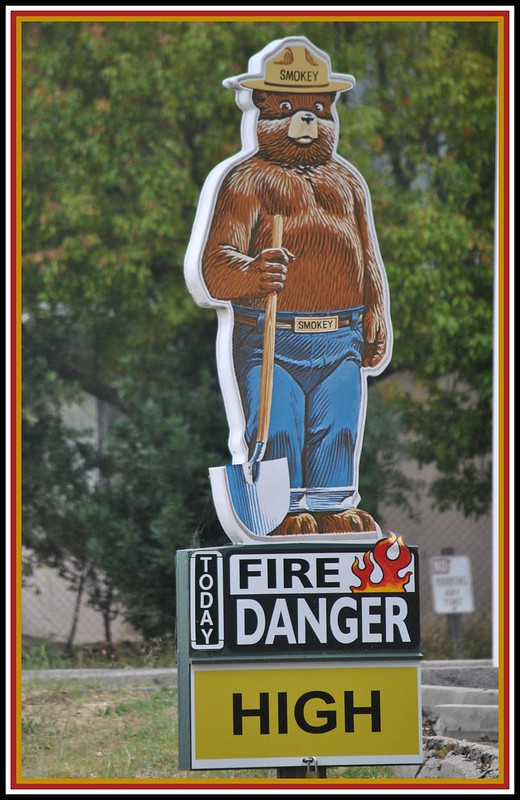 My Facebook page is a snooze. Two members of my immediate family do not want their existence to be acknowledged on the internet. I almost never post anything, except to wish someone a happy birthday. When I "Like" something, it's a cute baby, or the craft beer that my cousin is drinking on his patio, or a picture of a dogwood blossom that one of my friends took while on her afternoon stroll.

In short, you would never want to be my "friend" because I'm so boring. But my dullness helps to keep me safe from the social media mob. At least, I hope so. And if my law firm ever decides that it's time for us to part ways, I doubt that it will be because of anything I did on social media.

But that's just me. You are more interesting than I am. And interesting people are being harassed, threatened, and fired from their jobs because of their social media postings. So, as a public service, I am providing these tips for employees and employers about social media.

The first rule is one from which all the others flow: Unless you work for the government, the First Amendment does not protect your right to post your every opinion on social media. In the context of social media, the First Amendment protects you only from having the police come to your home and throw you in jail for expressing your opinions. It doesn't protect you from other consequences of what you say -- like ticking off your friends, or losing your job.

If you like to post about politics, watch out. Especially nowadays. Anything you say about politics (no matter what you say) will cause 50 percent of your "friends" or followers to become very angry with you. Some people may react so negatively to your views that they may try to ruin your life.

If you're into sex, or illegal activity, don't use social media to express yourself. Inquiring minds don't want to know. Really. We don't. (The sex postings could be considered sexual harassment if your co-workers see them and are offended. Which brings me to my next point . . .)

If you just have to post about politics, sex, or illegal activity, unfriend all of your co-workers first. Also, make sure you have the most restrictive privacy settings available. Once you have done both of these things, give it a try, but understand that somebody may still manage to find your post, take offense, and report you to Human Resources.

As the above points should have made clear, understand that anything you post on social media can (and probably will) be used against you. If not by your employer, then by the social media mob, which is meaner than the meanest employer.

On the other hand, if you post about adorable babies, what you had for dinner, and your pets (in other words, if you're as boring as I am), then you are probably safe.

However, always consult with your labor or employment counsel before you act. If the posts relate to terms and conditions of employment, they may be "protected concerted activity" within the meaning of the National Labor Relations Act, which means that it could be unlawful to take action against the employee. This is true even if your company is non-union. Even a "Like" could be protected concerted activity.

Remember this famous case from a few years back? An employee got mad at his supervisor and during his next break posted on Facebook, "Bob is such a NASTY MOTHER FU**ER don't know how to talk to people!!!!! Fu** his mother and fu** his entire fu**ing family!!!! What a LOSER!!!! Vote YES for the UNION!!!!!!!"

As one might expect, the employee was fired, but the National Labor Relations Board said that he was engaging in protected concerted activity, and the U.S. Court of Appeals for the Second Circuit agreed.

Prohibit (or strongly discourage) your managers and supervisors from being "friends" with employees on social media. If they're "friends," they are likely to get too much information, which could affect their ability to manage in an unbiased manner. Does your supervisor really need to know that his employee has been on anti-depressants or is a member of a weird religious cult? Ignorance is bliss. Also a defense to a discrimination claim.

If you think you want to take action against an employee because of an offensive political post, think twice. In the United States of America in 2020, every political opinion -- no matter what it is -- will be repugnant to 50 percent of the adult population. (Not an actual statistic, but pretty close.) So don't treat views on one side of the political spectrum as evil, harassing, and offensive, while treating views on the other side as correct or, at least, unobjectionable. In other words, treat expressions of opinion from the left the same way you'd treat equivalent expressions of opinion from the right, and vice versa. You can make an exception for any expression (from either side) that violates your discrimination and harassment policies.

Hold all employees to the same standard. If anything, be more strict with higher-ups who violate your policy.