By Robin Shea on 12.17.21
Posted in Coronavirus, Vaccination

This week in Vaccine Mandate/Injunction Land.

Continue Reading ›
Will Biden's vaccine mandate survive in the courts?

By Robin Shea on 4.27.21
Posted in Affirmative Action, Discrimination

And that's not all!

Here's a summary of what you may have missed over the holiday break.

NOTE FROM ROBIN: I have bad news and good news. The bad news is that this is the last post from the Affirmative Action and OFCCP Compliance Practice Group that will appear on Employment & Labor Insider. The good news is that the group is starting its own blog, Affirmative Action Edition, in late October. We will let you know as soon as it’s up and running. Thanks very much to Cara Crotty and her team for the excellent guest posts they have contributed over the past year. We will miss you, but we can’t wait to subscribe to and read your new blog! 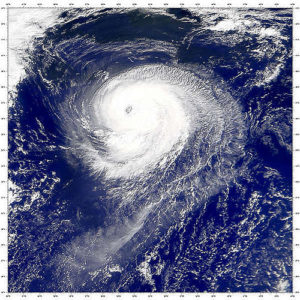 Experts have estimated that it may cost as much as $180 billion to repair the damage done by Hurricane Harvey. With so much rebuilding to be done, the Office of Federal Contract Compliance Programs is temporarily waiving certain equal employment opportunity requirements to expedite Hurricane Harvey relief efforts. The deputy director has the authority to waive any part of the EEO clause in a specific contract or group of contracts “when he deems that special circumstances in the national interest so require.”  (Scroll down to section (b)(1).)

On August 31, the Deputy Director of the OFCCP issued a memorandumtemporarily exempting contractors providing Hurricane Harvey relief assistance from developing written affirmative action programs. The exemption applies to the affirmative action programs required by Executive Order 11246, Section 503 of the Rehabilitation Act, and Section 4212 of the Vietnam Era Veterans’ Readjustment Assistance Act. According to the memorandum, the EEO clauses in affected contracts may be modified to specify that “the contractor will not be obligated to develop the written affirmative action program required under the regulations implementing [EO11246, VEVRAA, Section 503 of the Rehabilitation Act of 1973, as amended].”

Although federal contractors providing Hurricane Harvey relief assistance will not have to develop written affirmative action programs, they will still be required to comply with other EEO requirements pertaining to record keeping, record retention, employment listings, and posting of the “Equal Opportunity is the Law” notice.

The affirmative action program exemption will last three months, but it may be extended “should special circumstances in the national interest so require.” 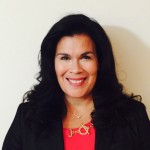 Louise Davies is an Affirmative Action Paralegal in Constangy’s Winston-Salem, North Carolina, office. For more than 15 years, she has helped employers develop affirmative action plans and respond to audits and on-site investigations by the Office of Federal Contract Compliance Programs. She also conducts diversity training for employers. Louise is a graduate of Wesleyan College in Macon, Georgia.

In February 2016, the Office of Federal Contract Compliance Programs filed an administrative complaint against B&H Foto, the largest non-chain photo and video equipment store in the United States. The Complaint alleged that B&H had discriminated against female, black, and Asian jobseekers by hiring only Hispanic men for entry-level positions.  The OFCCP also alleged that Hispanic employees were harassed, paid less than similarly situated workers, and denied promotions because of their ethnicity.

The agency and the company recently entered into a consent decree, in which B&H agreed to pay $3.22 million in back wages to more than 1,300 affected class members. The company has also agreed to hire a workplace consultant to address its employment practices and workplace conduct. In addition, the company must provide its managers with annual training on EEO principles and on workplace harassment.

By agreeing to the consent decree, the company did not admit any guilt or wrongdoing. The company released a statement denying all of the allegations, but recognizing that litigation would be costly and resolution would allow it to return to business “as usual” with the government.