Not enough of a record at this time, IMO.

Probably the most controversial person on President Trump's short list for the Supreme Court seat being vacated by Justice Anthony Kennedy is Judge Amy Coney Barrett of the U.S. Court of Appeals for the Seventh Circuit. 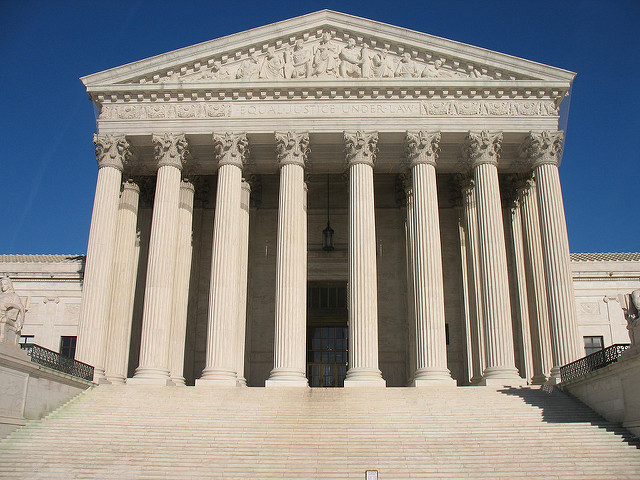 I don't want to get into that controversy except to say that the "stare decisis" issue is a bunch of baloney. For our readers who are not lawyers, "stare decisis" is the legal principle that courts are generally supposed to follow their prior decisions. (I'm oversimplifying, but that is the gist of it.) Judge Barrett has been criticized because she has said that stare decisis is not a hard-and-fast rule.

Guess what. Judge Barrett is right. Following precedent is generally good. It creates predictability and stability in society and makes it harder for courts to issue arbitrary or biased decisions. But you can't always follow precedent. Bad decisions should be overruled. For example,

No, and no. The "stare decisis" issue with Judge Barrett is a purely partisan one.

All right. Now that that's off my chest, let's talk about Judge Barrett. She is 46 years old, was born and grew up in New Orleans, and is a former professor at Notre Dame School of Law. She was appointed by President Trump to the Seventh Circuit in 2017. Here is her Wikipedia bio. Because she didn't take her seat on the Seventh Circuit until November 2017 and wasn't a judge before then, she doesn't have much of a record on employment law issues. But the two mini-decisions I was able to find that involve her do not give me any concern.

(Unfortunately, I was unable to find a single non-copyrighted photo of Judge Barrett, which is why I haven't included one with this post. But if you Google her, you'll find her everywhere.)

Judge Barrett joined the majority of the Seventh Circuit judges in refusing to rehear EEOC v. Auto Zone. In that case, an African-American sales manager at a Chicago-area store was transferred to a different store in the Chicago area because his store had a predominantly Hispanic clientele and his boss wanted the store to be "Hispanic." The EEOC claimed that the store manager was discriminated against because of his race. It was undisputed that the sales manager didn't mind being transferred, and that he had suffered no loss of pay, benefits, or responsibilities. In June 2017, a three-judge panel of the Seventh Circuit (Judge Barrett was not on the panel) affirmed summary judgment for Auto Zone.

She also joined two other judges in affirming summary judgment for the employer in Reliford v. Advance/Newhouse Partnership in March 2018. It was a straightforward case, so the decision is not very revealing: The plaintiff claimed retaliation but had engaged in no protected activity and had no adverse action related to her complaints. (Her workload increased, but only because two other employees quit, and she was laid off as part of a general layoff that included everyone in the same job position.)

I could not find any decision involving disability discrimination or labor that involved Judge Barrett.

I think Judge Barrett would probably be fine for employers, but I'd prefer to have a Supreme Court justice with a little more of a record. Maybe give her a few more years at the Seventh Circuit and then try again?