It's been a while since we've had an employment law quiz, so let's do it! This one is on retaliation. As always, the answers will be provided after each question -- you have our "no-pressure" guarantee.

A. Getting even with somebody because he did something you don't like.

B. Denying somebody a reward (such as a pay raise) because he did something you don't like.

C. Working in a retail establishment, such as a Walmart ("retailiation").

D. Taking action against somebody (such as refusing to hire) because he did something you don't like.

ANSWER: E. The requirements for unlawful retaliation are more specific, but A, B, and D are examples of "generic" retaliation.

2. How many labor and employment laws prohibit retaliation?

ANSWER: A, as far as I know, although the requirements for a valid claim will vary depending on which law is at issue.

3. Which of the following does a retaliation plaintiff NOT have to prove?

A. That "adverse employment action" was taken against her.

B. That she engaged in some sort of activity that was legally protected, like filing an EEOC charge.

C. That her employer was wicked and vengeful.

4. Joe filed a safety complaint, and then quit his job. It is not legally possible for his employer to retaliate against him now, since he is no longer employed.

ANSWER: B (False). The U.S. Supreme Court decided a long time ago that an employer can retaliate even after the employment relationship has ended -- for example, by providing a negative employment reference.

5.  Brünhilda honestly and sincerely believes that her employer discriminates against women. In fact, her employer does not discriminate against women at all (you'll have to trust me here). When Brünhilda complains to her fair employment practices agency about "discriminatory" practices at the company, her manager finds out and is so angry about the baseless charge that she demotes Brünhilda. The company then says that the charge should be dismissed because the allegation of sex discrimination had no basis and therefore Brünhilda did not engage in legally protected activity. Does the company win?

ANSWER: B (No). The company may win, but probably not on this ground. The fact that Brünhilda is wrong does not necessarily defeat her claim of retaliation. If she has a good-faith mistaken belief that her employer discriminates, depending on the applicable law, her complaint may still be legally protected.

6. Dave complained to Human Resources about race discrimination in his company. Shortly after his complaint, his supervisor accused him of stealing, and Dave was suspended without pay for a month while the company investigated. Dave was cleared of wrongdoing, and the company brought him back to his job and paid him full back pay for the period that he was out. Nonetheless, Dave sues the company for retaliation under Title VII. The company says that there was no "adverse action" because Dave was paid after the investigation was over. You are the judge. Do you dismiss Dave's case, or do you let it go to a jury?

A. I would dismiss the case because, in the end, Dave suffered no loss as a result of his protected activity.

B. I would dismiss the case because an internal complaint of discrimination is not "protected activity" - you have to file something with a government agency, like the EEOC, or a lawsuit.

C. I would let the case go to a jury because, even though Dave was paid and vindicated, the stress and financial hardship of the one-month unpaid suspension would tend to keep a "reasonable person" from making a complaint of discrimination in the future.

D. I would let the case go to a jury because all big corporations care about is money. Somebody needs to teach them a lesson. If not me, then who?

ANSWER: C. The U.S. Supreme Court settled this question several years ago. According to the Court, if the employer's action would deter a reasonable employee from engaging in protected activity, then it is an "adverse employment action." The Supreme Court case involved facts very similar to those in this quiz question, except that the employee's complaint was about alleged sexual harassment.

7. Taking action against an employee for engaging in "protected concerted activity" under the National Labor Relations Act is in effect another form of unlawful retaliation.

8. Chlorine, who is white, honestly and sincerely believes that her employer engages in reverse discrimination. She complains to her Human Resources representative, who is African-American. While making her complaint, Chlorine becomes enraged and calls the HR rep a particularly vile and odious racial epithet. Chlorine is fired for violation of the no-harassment policy. Chlorine then files an EEOC charge, claiming reverse race discrimination and retaliation. Who wins on the retaliation claim?

A. Chlorine, because reverse discrimination is a real thing.

B. Chlorine, because she was fired immediately after she made a legally protected complaint of discrimination.

C. The company, because there's no such thing as "reverse discrimination." The very idea is ludicrous.

D. The company, because Chlorine lost her legal "protection" when she used abusive and racist language with her HR representative.

E. Chlorine, because the First Amendment protects her right to free speech, even if that speech is offensive.

ANSWER: D. Although Chlorine may have had a valid complaint of reverse discrimination (which, by the way, is indeed against the law), she lost her legal protection when she called her HR representative a racial epithet. And even if her complaint did not lose its legal protection, Chlorine was not fired for making the complaint but for using the epithet, which is a different issue entirely. Assuming her employer is in the private sector, there is no First Amendment protection for her remark. The First Amendment protects her only from "state action" - for example, Chlorine could not be charged with a crime for what she said. 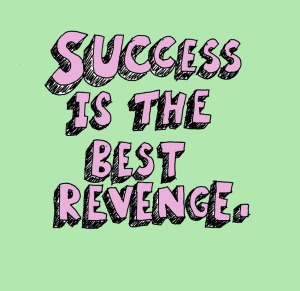 6-8 CORRECT: You are a retaliation authority!

0-1 CORRECT: The federal marshal is downstairs, waiting to hand you a summons and complaint. (Just kidding!)

If you're in the D.C. area, including Maryland and Virginia, you will want to read David Phippen's latest about the new District of Columbia "wage theft" law.