The Daily Mail came out this week with a list of workplace emoji that Generation Z says are either offensive or totally uncool. And apparently Boomers aren't the only offenders. According to the article, Gen Z thinks Gen X and Millennials need to get with it, too.

If you don't want to be a square, here are the emoji that Gen Z says you should never use:

True confessions: I use the “thumbs up” emoji a lot in texts with my kids, but they started it, and I do usually follow up with a verbal message. Unless, of course, we're texting while I'm driving. (Joke!)

I think I used the red heart emoji as recently as Monday, wishing my son and daughter-in-law a happy wedding anniversary. They’re Gen Y, so they were nice about it.

I used the grimacing emoji in a blog post in 2017 – I hope that can’t still be used against me. I don’t think I’ve used it since. And I have used the clapping hands a time or two.

But in my work-related emails, the only emoji I use is the basic smiley face. I can’t even use the “thumbs up” because our email doesn’t have the capability. (At least, I don't think it does. Some Z’er could probably show me how.)

The Daily Mail article got a lot of comments, some pretty funny, from the "olds." This one made me laugh out loud: 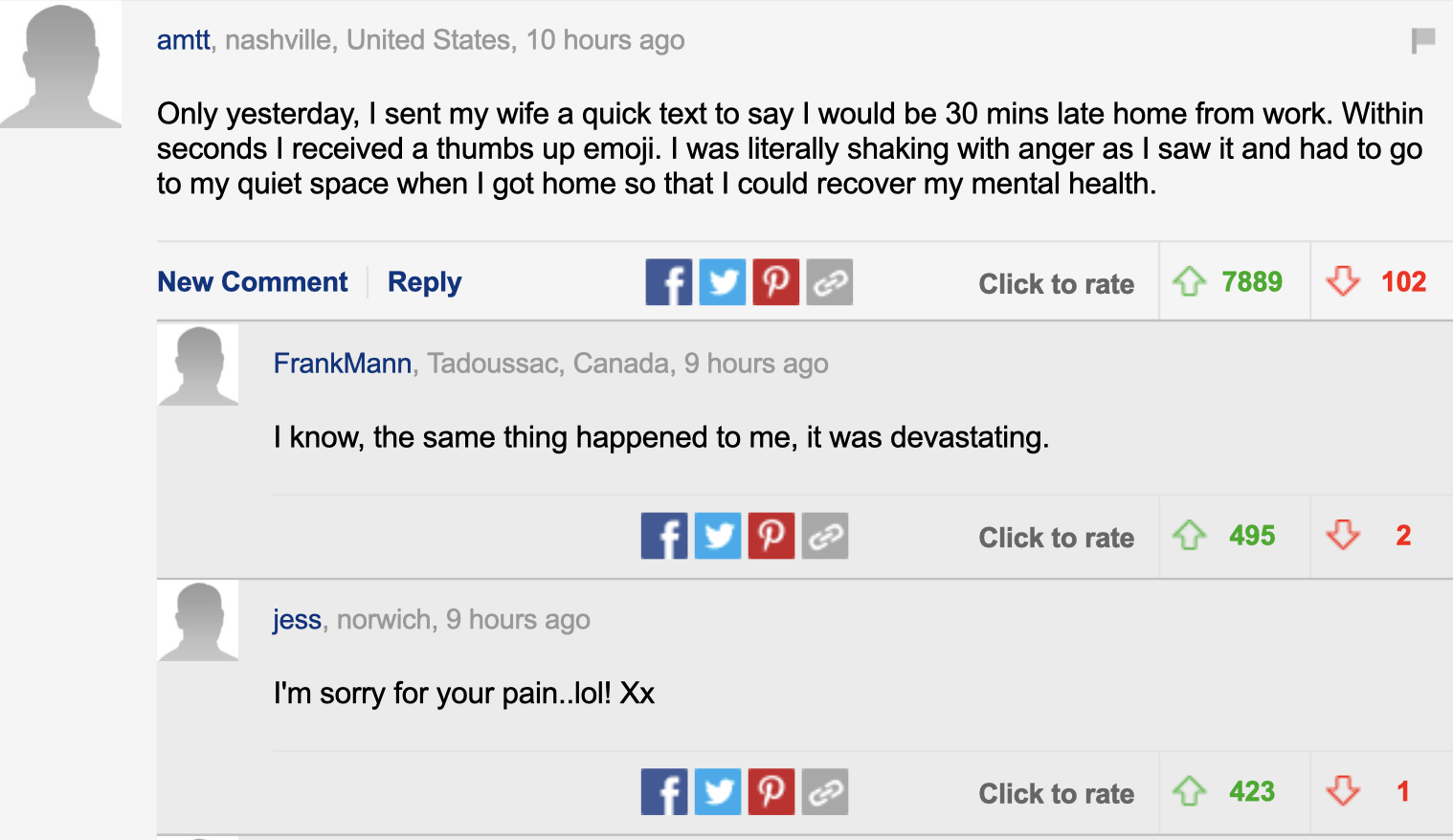 Seriously, though, I think the kids have a point. Their complaints about the “poop” emoji and even the “thumbs up” emoji (when not immediately followed by words) is that they can come across as disrespectful or dismissive. In fact, the article hints that Gen Z would prefer for their colleagues to communicate using actual, like, words instead of pictures.

They prefer words. I think that is great, don’t you?

What does any of this have to do with employment law? As some employers have learned the hard way, there can be employee relations issues (which can turn into lawsuits) associated with communications that are too casual or that are subject to more than one meaning. Words aren’t perfect, but they are usually better than emoji at expressing what a person really intends to express.

For example, how would you feel if you asked your boss about a project, and got this response: 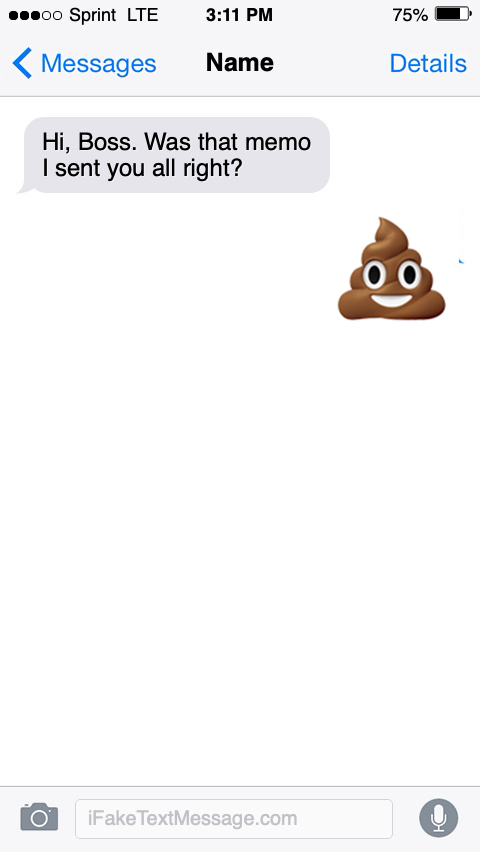 (No further response from you because it's hard to text while you are marching down the hall to report your boss to HR.)

Now, how would you feel about this one? 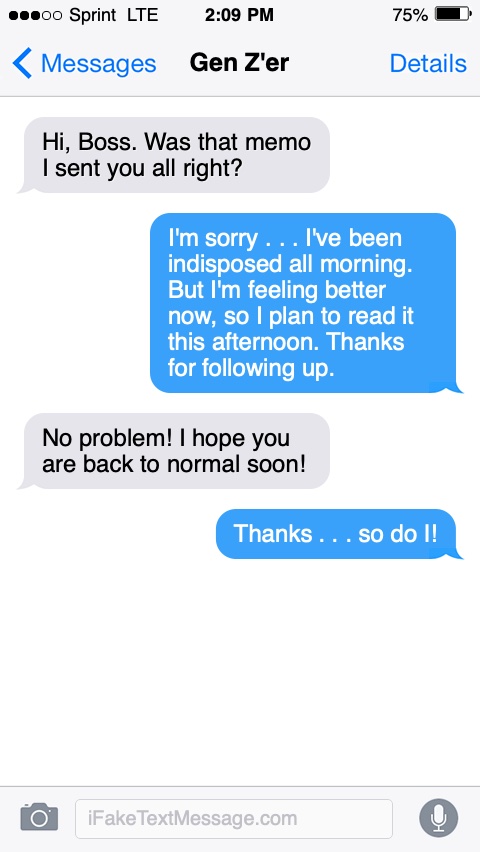 So, maybe Gen Z is being intolerant, but I’m generally in their corner on the workplace emoji issue. Anything that fosters good employee relations and deters misunderstandings that can turn into charges and lawsuits is OK in my book.

But I still don’t get what Gen Z has against the red heart emoji.

P.S. Note to employers: You probably figured it out already, but those text message examples I used were fabricated by me using a free app that is easily available on the internet. So please be a little skeptical about text message evidence, especially if one of the parties adamantly denies that the texts are theirs. There are ways to confirm whether a text is genuine or a fake. Our office has had at least two cases in which we confirmed that an employee tried to "frame" a co-worker for misconduct using fake texts. It's a real thing.