May is Mental Health Awareness Month. This annual campaign aims to raise awareness for mental illnesses and break the stigma associated with mental health issues. According to the National Alliance on Mental Illness, 1 in 5 Americans will be affected by a mental illness in their lifetime, and every American is affected through friends and family who have mental illnesses.

EDITOR'S NOTE: This is the third and final post in the blog series Diary of a Pregnant Lawyer – Pregnancy in the Professional Workplace. The first blogmester is here, and the second is here. Mallory wrote all three installments before she had her baby on December 22.

Welcome to the Third Blogmester! This blogmester feels very near and dear to my heart, because as I ...

EDITOR'S NOTE: This is the second in the three-trimester blog series Diary of a Pregnant Lawyer – Pregnancy in the Professional Workplace. The first blogmester is here. On December 22 (after she wrote her last "blogmester" post, which we'll publish later this month), Mallory gave birth to Margot Eleanor Ricci. Congratulations, Mallory!

If you spent the first trimester escaping to your office for 30-minute power naps, escaping to the bathroom for vomit sessions, or escaping to the fridge for some craving-satisfying snacks, things may be looking a little better for you now.

Unless you’re like me, and the fun times are rolling for a little while longer.

In any event, this second 12-week period is considered to be the easiest. But that doesn't mean the second trimester doesn't come without issues, some of which involve the place where professional women spend the majority of their time – work!

Let’s read about some other practicing attorneys’ experiences during the middle of their pregnancy and see if this trimester is as uneventful as it seems . . .

"I was six months pregnant with my first child, and huge. I was at a hearing in the judge’s chambers. Opposing counsel asked when I was due, and I said in three months. The male judge looked at me in amazement and said 'are you expecting twins?' I said 'no,' and he was hugely embarrassed. Needless to say, I won the hearing."

"I may be one of the only women who HATED being pregnant. (Or at least one of the only ones to admit it.) I was grouchy, to say the least. However, with that grouchiness came a positive. For approximately 25 weeks (after I went public in the office), I reveled in the fact that the men completely left me alone. I got more work done those 25 weeks because our male dominated office at the time treated me like I had the plague. It wasn’t mean--it was for their own safety and self-preservation. I was spared the hour-long football story distractions and petty arguments that come along with practicing law with an office full of brilliant A-type personalities. My partners also took advantage of my 'grouchiness.' I was the one who was always picked to have the controversial phone calls with opposing counsel (also men). It was a great way for me to vent my irritation--and useful, too, because we were preparing for trial all that summer with a very difficult opposing counsel. Needless to say--I usually got my way, and my husband enjoyed the fact that I was a little nicer at home!"

"While I was pregnant, opposing counsel was pregnant, too. Under the state rule, the duration of a deposition is severely limited, and I ended up having to ask the Court for additional time because of the number of bathroom breaks that my opponent took. She opposed the motion, but I was granted the additional time."

As I sit here I am well into the third trimester of my first pregnancy. While typing this introduction, I have had to “go” three times, and I have my feet propped up on two unused computer bags under my desk because by the end of the day my feet look like ...

I do not consider myself to be a confrontational person.  Maybe that sounds like a paradox co 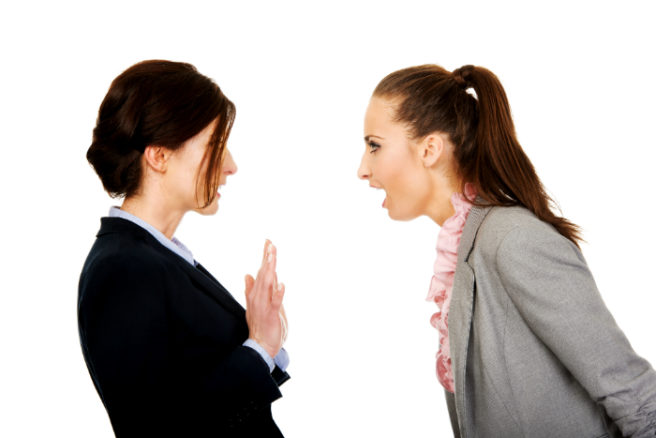 ming from a lawyer, but I suspect I may not be the only one in my profession who feels this way. To me, making persuasive legal arguments is fun, but getting yelled at or antagonized by a not-so-nice opposing counsel really stresses me out.

I get that this is often the goal of these sorts of tactics ...

Continue Reading ›
Plan Ahead for Extended Leaves of Absence - Even If You Never Intend to Take Them
10.26.16
Posted in advice, business, networking, success, support

During college, law school and the first few years of my practice, I never gave much (ok, any) thought to taking a break from work.  I was too focused on developing a career. Planning to not work – apart from the very distant notion of retiring someday - never really dawned on me.  In the abstract, I had formed a belief that being a professional woman would somehow provide me with options if and ...

It is fall of 2011.  I am participating in a mock trial tournament.  I am defending a (pretend) driver in a (fake) personal injury lawsuit.  I deliver the opening statement and I cross-examine the plaintiff.  After the trial, I sit by nervously awaiting comments from the judges.  I received many well-deserved compliments and critiques.  I will never forget, however, what one of the female ...

Deshauna Barber made history last week by becoming the first Miss USA winner who is actively serving in the United States military.  First, it is undeniable that this woman is drop dead gorgeous. She is also the epitome of strength:  physical strength, intellectual strength, and strength of character.  After growing up in her non-"girly" military family, obtaining her master's degree ...

Continue Reading ›
Inverting views on Networking: How Can You Influence Someone’s Life Today?

By Teresa Bult on 5.24.16
Posted in advice, business, networking, success

Lately, I keep reading articles about how horrible the networking process is, especially for introverts and lawyers (oh wait, that may an oxymoron). And I must say, when I first started out networking, I felt exactly the same way. I still tell young associates that networking and marketing can seem like the “fine art of ...