By Robin Shea on 5.24.22
Posted in Labor Relations, Social media

I still think an emoji would have helped.

A couple of years ago, I posted about a decision from an administrative law judge who found that Ben Domenech, co-founder and Executive Officer of FDRLST Media, LLC, and publisher of the libertarian webzine The Federalist, had committed an unfair labor practice under the National Labor Relations Act.

In 2019, during a labor dispute at an unrelated media company, Mr. Domenech had posted the following on Twitter: 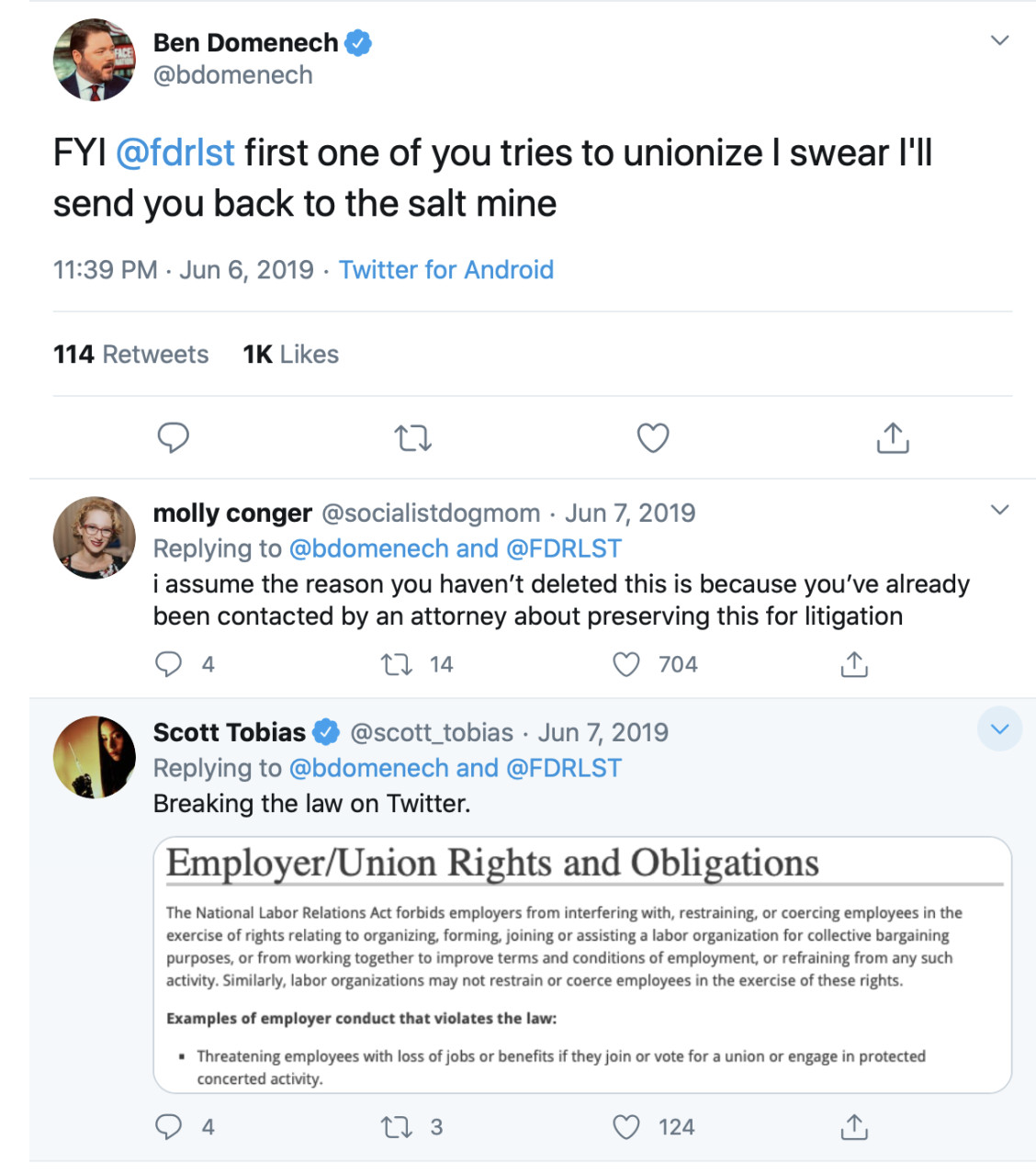 Then some lawyer dude in Massachusetts, who had nothing to do with Mr. Domenech, his employees, or his company, filed an unfair labor practice charge, saying that Mr. Domenech's tweet violated Section 8(a)(1) of the National Labor Relations Act. The New York Regional Director of the National Labor Relations Board issued a complaint, and in 2020, an ALJ found that the tweet violated the NLRA by interfering with employees' right to organize. Then the National Labor Relations Board affirmed the ALJ decision, with a few modifications. (Interestingly, two of the three Board members who ruled against FDRLST were Trump appointees.) The company then asked a court to review the NLRB decision, and the NLRB asked the court to enforce its decision.

Last week, a three-judge panel of the U.S. Court of Appeals for the Third Circuit found in favor of FDRLST. First, the court found that the lawyer dude in Massachusetts did indeed have the right to file an unfair labor practice charge even though he was not "aggrieved" by the alleged unfair labor practice. That's because of the way Section 10(b) of the NLRA is written, the court said: " [T]he charge 'merely sets in motion the machinery of an inquiry.' The charging party serves as an 'informer' and need not demonstrate any personal injury to file a charge. Like a witness to a crime who can file a police report, a 'stranger to the labor contract' who witnesses an unfair labor practice can file a charge with the Board." (Citations omitted.) Section 10(b) of the NLRA says, "the Board may issue a complaint [w]henever it is charged that any person has engaged in any . . . unfair labor practice." (Brackets and ellipsis in original.)

The court also found that the New York Region of the NLRB had jurisdiction over the case and that the proceedings in New York did not violate the company's due process rights. (One of the three judges disagreed on these points.) 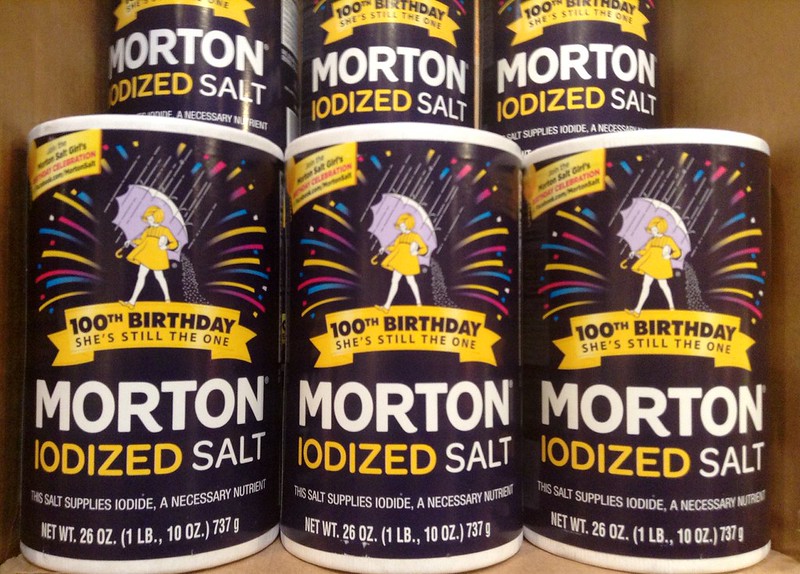 BUT . . . the company won anyway, because the court found that no reasonable employee of FDRLST would have viewed Mr. Domenech's tweet as a threat. "Context is an important part of language, and that's especially true where, as in this case, pure speech is at issue." Noting Mr. Domenech's use of the expression "salt mines," the court said, "the Board failed to realize that '[t]hreatening statements are not usually made in bantering terms' like these." (Brackets in original.) According to the court, the ALJ and the Board failed to take into account the "labor environment at FDRLST Media when Domenech posted his tweet," which was essential to putting his comment in context.

The court also noted that Mr. Domenech "used his personal Twitter account to promote and discuss the magazine's commentary" and not to communicate with employees. In fact, the mere use of Twitter as the forum was a strong indication that the comment was not intended as a threat:

Domenech posted his message on Twitter, a public platform that limits tweets to 280 characters, which encourages users to express opinions in exaggerated or sarcastic terms. Domenech sent his message to the timelines of his more than eighty thousand Twitter followers, not to the email inboxes of his FDRLST Media employees. And he made the tweet available to the public -- a peculiar choice indeed for a threat supposedly directed at six employees. These characteristics of Domenech's tweet would give a reasonable FDRLST Media employee even more reason to read the tweet as mocking a rival internet media company or commenting on a timely socio-political issue than as threatening reprisal.

The NLRB had also refused to consider the subjective reactions of FDRLST employees, but the court said that "[e]mployees' subjective impressions are especially helpful where, as here, the employer claims his statement was made in jest."

Finally, because Mr. Domenech's tweet was "pure speech," the court said that the Board should have more carefully considered whether the tweet was really a threat versus expression that was protected by the First Amendment. 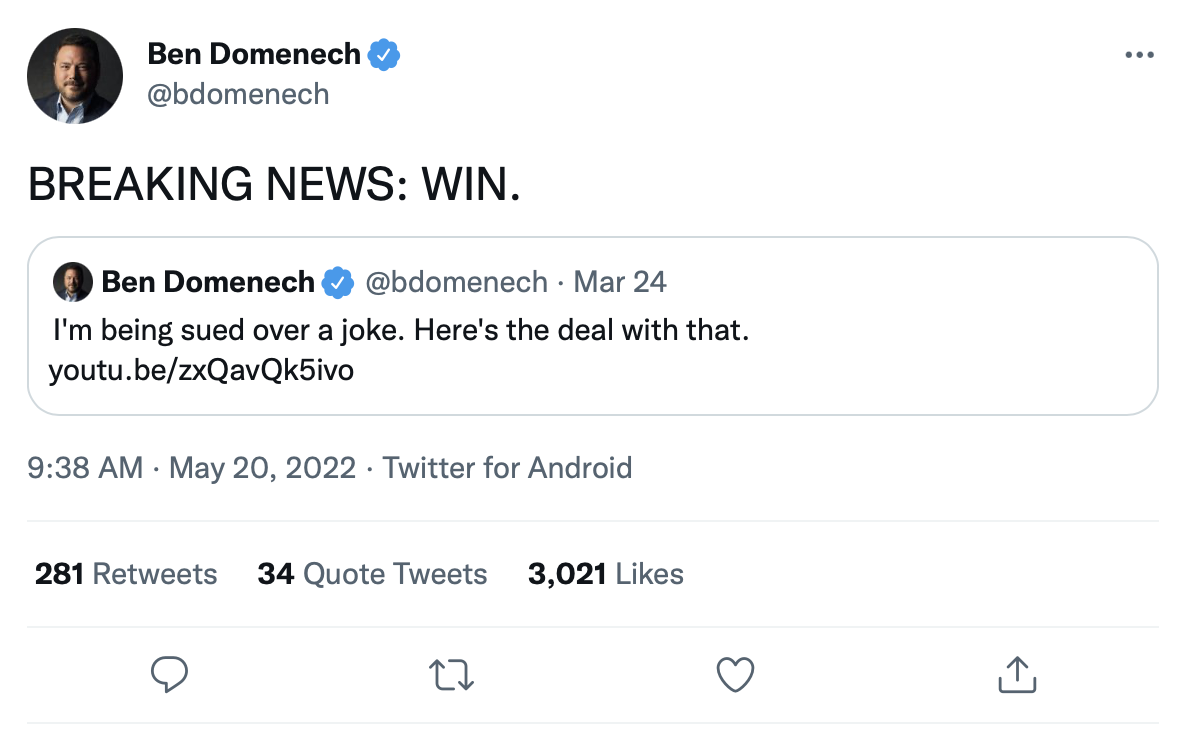 And there was this:

Heh. I'm glad that FDRLST prevailed. But think of the time, money, and stress that could have been saved if Mr. Domenech had just added a laughing emoji at the end of that tweet.

BLOG TRIVIA: For those of you who are interested in such things, Ben Domenech is married to Meghan McCain, TV news commentator and daughter of the late Sen. John McCain (R-AZ). And Thomas Hardiman, the judge who wrote the Third Circuit majority opinion, was on President Trump's short list for nomination to the U.S. Supreme Court -- twice. (He was beaten out by Neil Gorsuch and, then, Brett Kavanaugh.) And Morton Salt celebrated its 100th anniversary in 2014.

Image Credit: Photo of Morton Salt from flickr, Creative Commons license, by Mike Mozart. All other images are screen shots by me.