Oh, the humanity! Stupidity rules in social media and employment 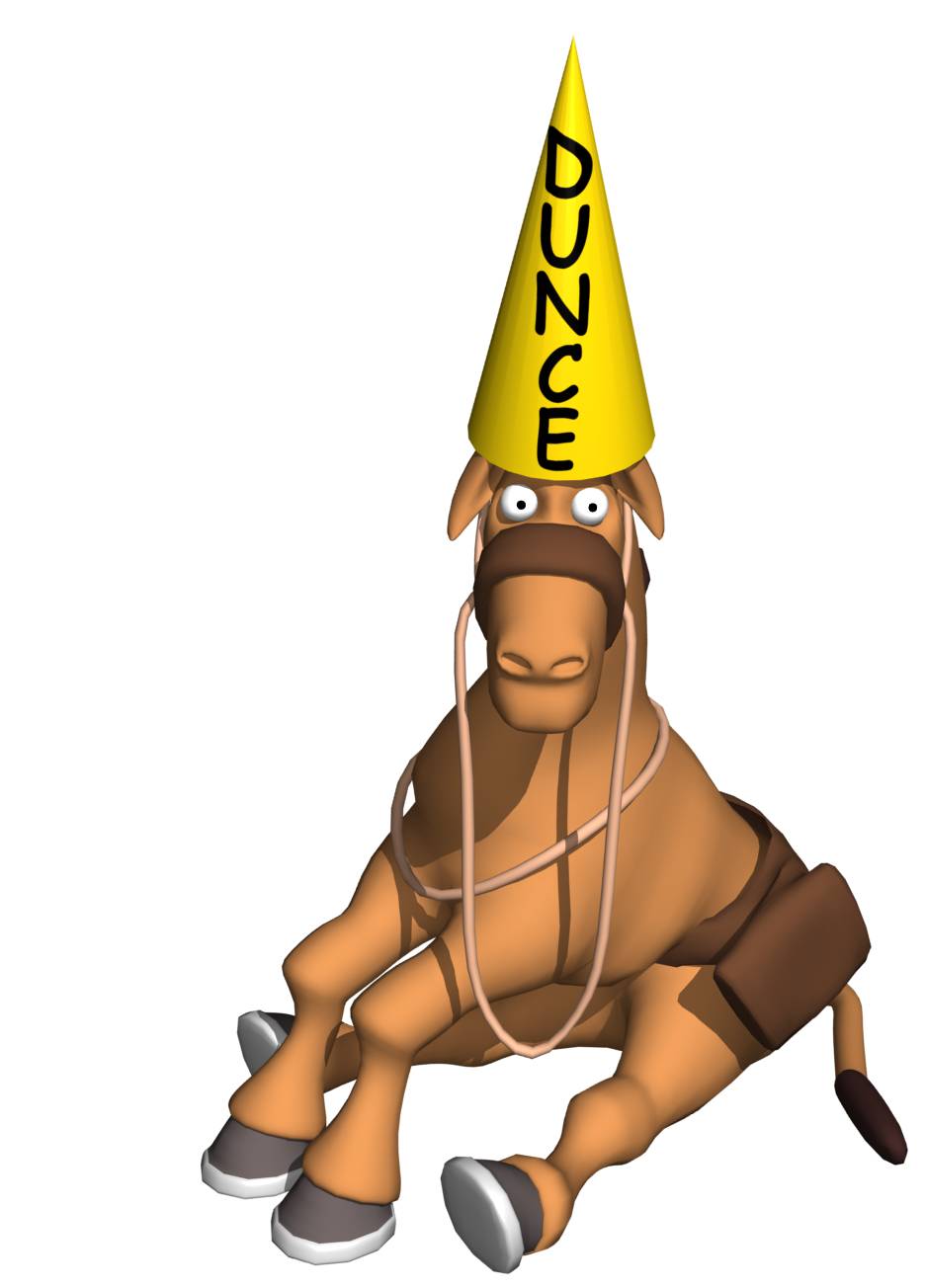 But, apart from that nit, I am in awe -- I just can't figure out how Mr. Mencken, writing long before even the invention of Eniac, could have known so much about the way people would (mis)use social media like Facebook, MySpace, Twitter, texting, et cetera, et cetera, ad nauseam, 100 years later.

So much social media stupidity has been in the news this week that one hardly knows where to begin. School teachers who allegedly* vented about their students on their Facebook pages and got busted by alert (and litigious) parents. Text messages about job searches accidentally sent to current employers. And, meanwhile, the National Labor Relations Board is doing its best to give employees a federally guaranteed right to be stupid.

*There isn't really much "allegedly," since these postings were available for all to see. But I'm still using the word "allegedy" as a courtesy to the teachers involved.

Ding-Dong School. Blogger Ann Althouse linked to one story, which led me to two others, about teachers who had been a bit too frank about their students on their Facebook pages. (I have more sympathy for these teachers than I do for anyone else I'll be talking about today.)

In Chicago, the public school system is being sued by the mother of a second-grader who had asked to have her mom do a picture day hairdo that involved braiding Jolly Ranchers candies in the girl's hair. (From the photo in the link, it appears that the candies were in their wrappers and were tied to the ends of the girl's braids, so no worries about sticky, sugar-coated hair.) The teacher posted the little girl's picture on her Facebook page and allegedly ridiculed the girl. Commenters also allegedly made fun of the little girl's "do." The teacher and principal both apologized after the girl's mother complained about it, and the teacher took down the posting, but no matter -- Mom is now suing the school system for the "emotional distress" suffered by her daughter, who probably would never have seen the postings if her mom hadn't shown them to her.

Finally, a first-grade teacher in Paterson, NJ, has been suspended after posting on her Facebook wall that she felt like a warden overseeing future criminals. (First graders????) Anyway, irate parents are calling for her permanent removal.

So, teachers (and everybody else) beware -- what you say on Facebook can and will be held against you. School systems, you might want to consider a little "social media" training for your faculty.

Stupid job-hunters. Wrong Number Texts has a text message about job-hunting sent to the wrong number. Unfortunately, the person sending the text was already employed (though probably not for long) and supposedly sent the message to his/her current employer. I don't know whether this was actually the case, and the website does not guarantee the authenticity of its posts, but I do know of several real-life acquaintances who searched for alternate employment using the e-mail system of their current employer. Of course, they were "outed" and their departure date came a bit sooner than they had planned for.

DUDES! This is why Paulie not only never sent e-mails (since they hadn't been invented yet) but wouldn't even take a phone call. He always made his minions do the phone calls . . . and on pay phones. Didn't you ever see Goodfellas?

"Hey, everybody in the world -- my boss, Joseph R. Smith, Jr., of Apartment 5-G, 123 Elm Street, Smallville, Kansas, zip code 57123**, is a dirty rotten creep. . . . WHAT?" If you've been reading this blog for long, you know that I have little sympathy for employees who publicly post nasty comments about their employers and bosses, and then can't believe it when they have to face the consequences. In a less-technological era, if Mr. Dithers overheard Dagwood at the water cooler telling his co-workers what a big jerk Mr. Dithers was, Dagwood would know he was about to get fired . . . again. So why is it any different when you post it on the internet, where millions of people can see it? Yes, in my opinion, people who do this are making what a former colleague of mine used to call a "career-limiting gesture."

But the current NLRB doesn't see it this way. The NLRB sees this as "concerted activity" that is entitled to the protection of the federal labor laws. Even as we speak, the Board is reportedly getting ready to file a complaint against Thomson-Reuters for reprimanding an employee who made a critical "tweet" on Twitter about the news agency. (In the NLRB's defense, the tweet at issue in this latest case appears to be the type of communication that the labor laws were intended to protect . . . as opposed to the emergency medical technician in Connecticut who referred to her boss on Facebook in the code for "psychiatric case.")

Uber-stupidity. Need I even mention the people who think it's "funny" or "cool" to publish themselves nude, or drunk, or on drugs, or committing crimes, on line? Nah, didn't think so. But if you are rejected for hire because of your extremely poor judgment, you can always sue the company for "social media discrimination." No, I am not making this up.

Words for the Wise. If you aren't sure how much privacy you have on social networking sites, it's always best to assume "none whatsoever." But if you want more refined information than that, go to the source -- Cracked.com. Seriously, although its list of "6 Things Social Networking Sites Need to Stop Doing" is funny (WARNING: contains some inappropriate language), it also contains good information in plain English about privacy settings and the like, and how you can try to work around them.

I wish I could take credit for this thought, but I know I heard it from someone else and just can't remember where -- but never forget that the internet and social media have made the world into "Mayberry." There are no secrets any more, and everybody knows everybody else's business. If you grew up in a small town, you will know what I'm talking about. If you grew up in a big city, you won't, and this will take some getting used to. Anonymity is over. Maybe that's not such a bad thing, I don't know. But it certainly does mean that we have to be more circumspect about even our "private" behavior than we used to have to be.

If you're an employer, continue monitoring the status of social media postings and "protected concerted activity." If you do check out job applicants on social media sites, be sure to avoid using information that you may find about a job candidate's age, medical condition, religion, or protected activity. Otherwise, you may be accused of "social media discrimination."

SIGN UP FOR CONSTANGY'S ADAAA WEBINAR! On a completely unrelated note, I'll be presenting a webinar at 2 p.m. Eastern on Wednesday, April 20, with my colleagues Kristen Allman (Jacksonville office) and Edel Cuadra (Dallas office) on the Americans with Disabilities Act Amendments Act and the new regulations issued by the Equal Employment Opportunity Commission. It's a real bargain at $25 a phone line. We hope you will join us!