Is Your Shirt Too Blue?
7.21.16
Posted in advice, celebrating women, stereotypes, support

It is fall of 2011.  I am participating in a mock trial tournament.  I am defending a (pretend) driver in a (fake) personal injury lawsuit.  I deliver the opening statement and I cross-examine the plaintiff.  After the trial, I sit by nervously awaiting comments from the judges.  I received many well-deserved compliments and critiques.  I will never forget, however, what one of the female judges said to me:

I thought you were great; you really drilled the plaintiff on cross.  But, a word of caution.  I think you are walking the line between being “assertive” and being too “aggressive.”  People often find aggressive females off-putting.  I think the problem is the color of your shirt.  It is too blue.  Try wearing a softer, more feminine color next time, like a pale pink.

Yes … my shirt was too blue.  I was appalled at first.  But, looking back on what I am sure was meant as well-meaning advice, it all makes sense.

Female attorneys are held to certain unique standards or truths. (See Heidi Wilbur’s great take on it here.) I have been educated on all of the female golden rules since becoming a law student.

Rule number one: Don’t argue for a raise based on merit; rather, ask for a raise so that it seems like you are asking for “help.” As in, men like to be needed by women, so don’t go into the board room making demands, but rather, appear meek and needy.

Rule number two: Never wear pantsuits in court. Believe it or not I have witnessed many lawyers and judges make comments about “pantsuit” women.

Rule number three: (which has been told to me by an actual sitting judge) Keep your hair pulled back in the courtroom because long hair is distracting.

Rule number four: Don’t be overly aggressive with your witnesses, or the jury will hate you.

Rule number five: Don’t raise your voice, even when making a passionate point, or you’ll sound like Hillary Clinton (gasp!).

You might as well tell me to strive to be like Kate Middleton.  Because that is totally possible.

Being taught to follow all of these rules as a law student and young lawyer meant I could no longer dream of screaming like Jack Nicholson in A Few Good Men (1992):

"You can't handle the truth!

And the truth shall set you free!

Or even quoting My Cousin Vinny:

Everything that guy just said is bullsh*t!

Ok, maybe I would never say “bullsh*t” in court, but it is nice to have the option. The saddest part about all of these rules we have been taught is that often they continue to be perpetuated by women. Even I am guilty of passing these rules down to young women I have mentored who ask me for attire and trial advice.

Then, in 2014, I was fortunate to come to Constangy. (For those of you who haven’t heard the good news, Constangy was recently rated by the National Law Journal to be fourth best in the nation for women lawyers.) I have been exposed to so many progressive female role models who have taught me to embrace myself as I am, to say “the hell with” female stereotypes, and by golly wear whatever the heck I want so long as it is professional in the context of the situation. I’ve watched women from our firm make witnesses cry, best opposing counsel at heated arguments, and all at the same time manage to be the most nurturing mothers to their children and make it to their kids’ games and recitals. 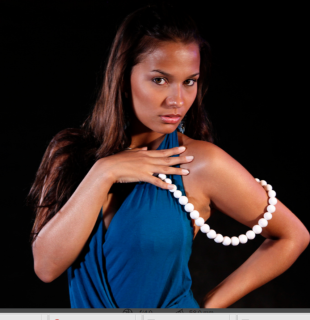 My message to our women (and men) readers is this: embrace yourself and surround yourself by others who encourage this as well. I also want to formally take back all the times I told my college mock trial students to not be so aggressive in the courtroom, to wear pearls, and to always pull back their hair. You too can be Lt. Daniel Kaffee, Fletcher Reede or even Vinny Gambini if that is who you are. Say to hell with the rules, and for goodness sake, wear your blue shirt.