KPMG will pay pro golfer Stacy Lewis while she's out on maternity leave.

Not all professional women work inside the office – some are out in the field. Literally. Like LPGA golfer Stacy Lewis. She is a pro golfer whose income is driven by her performance on the green, which generates sponsorship dollars. 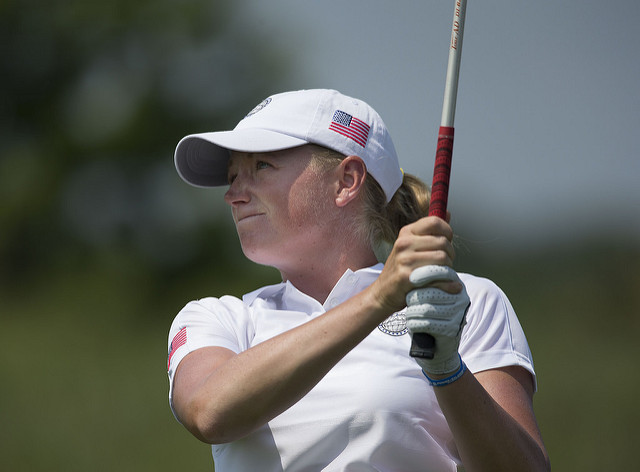 In an article recently released by Bleacher Report, it was announced that Ms. Lewis will be receiving full pay from her sponsor, KPMG, while on maternity leave beginning in November.

According to a statement by Ms. Lewis, this is the first time a female pro golfer will be paid the full value of her contract while on maternity leave. Ms. Lewis is a two-time major champion and a 12-time winner on the LPGA tour. These are no small things, but her paid maternity leave may be her greatest legacy of all. With KPMG’s decision, this may set a new precedent for sponsors of female pro athletes.

Earlier this year, CNN reported that top female athletes often have to choose between motherhood and athletics. For example, tennis great Serena Williams was not given a seeding in the French Open, even though she was No. 1 before she gave birth to her daughter. Ms. Williams recently said in an interview that she doesn’t know whether she would want to continue playing tennis if she had another baby. I can’t say I blame her!

Of course, professional women in conventional workplaces also have fears about losing momentum as a result of pregnancy and motherhood. But recent research shows that women athletes have the ability to perform at their same level during and after pregnancy, depending on the sport. Sponsors like KPMG (and corporate sponsors who have made similar moves, like Thule and The Honest Company) could help lead the way for recognizing female professional athletes as just that – professionals.