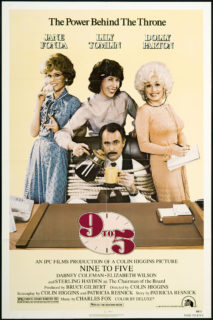 I remember attending the annual conference for the Society for Human Resources Management a few years ago. The consistent message of the keynote and featured speakers really struck me: the 9:00 to 5:00 jobs are passing into history. Future employees will not be able to punch out before dinner, leave work behind, and lead a financially comfortable life. Instead, for business and employees to succeed -- indeed for them to survive by meeting the 24/7 demands of the global marketplace -- the whole concept of the work day needs to change. The tools we use for business and communication now, such as the internet and email are not limited to Monday through Friday, 9-to-5 Eastern Standard Time, not to mention our local, national, or overseas customers. As I listened to the speakers, I remember wondering how businesses in the United States could adapt to these changes when the FLSA, and similar state laws, demand that employees stop working after a certain number of hours no matter how much or how little they accomplished; stop reading, stop sending or receiving emails, stop thinking about new markets or product ideas or talking to co-workers or customers after clocking out. (Technically, the wage and hour laws don't require that, but employers who let non-exempt employees work at all hours face the potential for astronomical overtime costs, as well as the nightmare of having to accurately record every minute worked).

These questions continue to arise after news reports of the disappearance of middle-class jobs, artificial intelligence replacing hourly employees, and articles like Forbes, Why Millennials are Ending the 9 To 5, by Kate Taylor, and Bloomberg’s It’s Time to Kill the 9-to-5, And the 8-to-6, Too, by Rebecca Greenfield. Greenfield’s article highlights the negatives of our U.S. culture which is “rooted” in an “hours mentality,” which no longer conforms to most people’s lives or their workflows. Employees who have flexibility and control over their schedule rather than 8 hours in a cubicle, have improved productivity, health, and retention rates. Greenfield also noted the 50 percent rise in two working parent households since 1970, yet there has been no structural change to the workplace to adapt to the new reality.

In addition to the need to depart from historical "business hours," businesses are increasingly recognizing the need to change the way they value and reward employees. Many business owners and managers seem more wired to perceive employees who work long hours at the 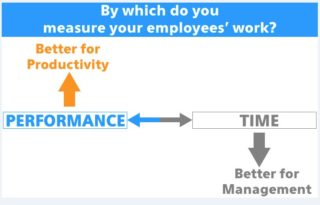 office as more loyal, dedicated, and harder workers. But do long hours in the office translate into more talented, successful, and productive workers? We've all known co-workers who claim to be "so busy," putting in long hours (aka more lucrative overtime) at the office, but who in reality, are just excellent time-wasters. We've also known co-workers who can run circles around the time-wasters in terms of efficiency and productivity. If this second category of employee leaves the office at 4 p.m. to take a child to a soccer game, does this diminish the perception of the employee's productivity and instead create a perception of lack of dedication and work ethic? In many workplaces, it does. Is this perception even more pronounced if the employee leaving at 4 p.m. is a woman? Sadly, I anticipate this is the case.

These thoughts are echoed in the Gallup report, Women in America: Work and Life Well Lived,

Too often, managers rate employees on the basis of their own perceptions and misguided notions of intensity. They believe that the people who are in the office 50 hours a week are better performers or harder workers than those who are in the office 40 hours a week. In reality, 40-hour-a-week employees may be working with greater intensity, performance and outcomes than their 50-hour-a week counterparts. Yet, the 40-hour-a-week employees may be perceived as not working as hard because they are not putting in enough face time.

These realities, and the poor method of evaluating performance based in large part on time spent at work (not necessarily "on" work) are some of the reasons that various management strategies such as Results Only Work Environment and Performance Management, which base compensation and recognition on measurable performance, are gaining in popularity. Re-evaluating the factors used to evaluate employees can be particularly important for women who have expressed more interest in working irregular time outside the office.

Performance management and the value of hours can quickly become dicey subjects. Gallup believes that "performance management is one of the most defining topics of the current and future workplace. . . ." It is true that organizations need to align employees’ contributions, outcomes, performance and productivity to some measure of time. But that time does not have to be in minutes or hours. It can be in weeks, days or months. Further, a time unit for measuring productivity and results for one company, or even one department, may be different from the appropriate time unit for another company or department. But with the FLSA, businesses are forced to measure work of the majority of their employees by the minute.

In short, diversity enhances business and profitability, women want flexibility in their jobs in terms of location and when they work, the 9-to-5 job is going away, and businesses are recognizing the need to reward performance versus "face-time." Add to this the following eye-opening statistics:

Granted, many non-exempt jobs do not lend themselves to significant flexibility (e.g. shift workers). But if the GlobalWorkplaceAnalytics.com study is correct that 50 percent of jobs are at least partially compatible with telework, then even more jobs must have additional opportunities for flexibility in terms of when, how, and where work must be done. Most employees would like to telework at least part time, more employees are demanding flexibility, and studies consistently show that employees who have flexibility in their jobs are happier and more productive. So why are U.S. businesses giving so few employees flexibility in their jobs? More on point, why are so few non-exempt employees given flexibility? Is it because non-exempt employees cannot adequately manage themselves, cannot be trusted to do a good job away from the office, or need constant guidance and interaction with their co-workers? I cannot accept these explanations for 59 percent of the workforce, 45 percent of whom have successfully completed college and even have graduate degrees!

So what is the problem? As any lawyer who defends FLSA actions will tell you, the risk of significant liability due to the FLSA strongly discourages employers from allowing flexible work schedules for non-exempt employees.

You can see where I'm going with this, right? Next week, I'll tie all of this together in my concluding post about how the FLSA hurts women.