By Steven Katz on 5.17.16
Posted in Equal Pay, Only in California

Starting in January, California has rolled out Equal Pay Legislation 2.0—the new generation in equal pay legislation. It has become the first jurisdiction to adopt a true "comparable worth" standard for pay equity. 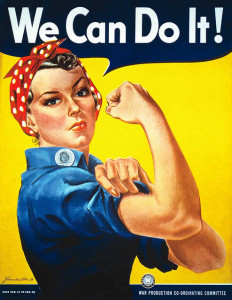 Typically states follow the federal Equal Pay Act to require that employers pay men and woman alike for “equal work” which requires “equal skill, effort or quality” at the same “establishment.” Such laws prohibit discrimination against women doing the same work as men, but do not require employers to guarantee that the value assigned to different types of work by society is fair.

Supporters of "comparable worth" want employers to do exactly that. Although they have been gaining ground in recent years, Congress and the states have been reluctant to expand equal pay laws to require true comparable worth—until now.

Earlier this year, California’s Fair Pay Act (SB 358) went into effect. It amended California’s equal pay statute (Labor Code § 1197.5) to bar gender-based pay differentials for “substantially similar work,” even at different locations. It permits differentials only when justified by seniority, merit, quantity or quality of production, or bona fide factors other than sex. The latter includes education, training or experience, or other factors not based on sex-based differentials in compensation, which are job-related and consistent with overriding legitimate business purposes. But job-related factors not based on sex do not justify a pay differential if an alternative practice exists that would serve the same business purpose without a wage differential. And the employer bears the burden of proof. 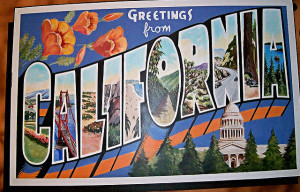 What does this mean for California employers? It means they are now in the business of correcting society’s sexism, not just preventing their own.

For example:  At the Airport Fleabag, Molly Maid earns $10 an hour, while Ernie Engineer, who does maintenance, earns $15. The difference in their pay would probably be justified by the fact that Ernie’s job requires a lot of skill and experience—repairing plumbing, electrical and HVAC equipment—that Molly’s does not. But what if Joe Janitor, who works at Fleabag’s downtown corporate offices, gets $12 an hour? Molly and Joe do very similar work. Does it matter that the market for janitors downtown requires $12 an hour, and that at $10 an hour Fleabag wouldn't be able to find a janitor for its corporate office? Maybe, maybe not. And what about Donald Deskclerk at the Airport Fleabag, who earns $11 an hour. Although his job and Molly’s are quite different, are they “substantially similar”?  What if it took the same amount of time to train someone with no experience to do either job? Does that mean they are “substantially similar”?

There are no clear answers. Except there will be litigation. Lots of it.