By Robin Shea on 5.22.15
Posted in Civil Procedure, Lawyers!

Male attorneys, it's not a good idea to use the "V" word when referring to your female adversaries, and you might even be sanctioned for it.

Have you ever heard of the word "virilism"? Neither had I. But apparently it's a real thing: the appearance of male secondary sex characteristics in a female. (Males can have the condition, too, but it's usually more serious when females have it.)

Anyway, this "v-card" dispute illustrates why people hate lawyers, but it's pretty funny. A man lawyer filed a sexual harassment lawsuit against the clients of a woman lawyer. In state court, in the state of Washington (Spokane). The woman lawyer (we'll call her "Mary") removed the case to federal court. Imprudently, it appears. The man lawyer (we'll call him "Kevin") moved to remand the case back to state court. The court granted Kevin's motion to remand, and Kevin filed a motion to get attorneys' fees at a rate of $350 an hour.

Instead of going quietly away, Mary filed a motion in federal court, asking the judge to reconsider. Mary said, in so many words, that the judge was an idiot and that Kevin was a jerk, and that $350 an hour was way more than Kevin was worth.

Instead of civilly pointing out the flaws in Mary's factual and legal arguments, as a winning lawyer always should, Kevin responded disproportionately, calling Mary's actions "baseless and unethical," and accused her of having a "self-inflated [sic] and delusional ego." He noted that Mary herself charged $450-500 an hour and therefore had a lot of nerve saying that $350 an hour was excessive. And, anyway, she won her cases only because her clients' facts were so good, not because she had any actual legal talent. And then the conclusion, on which Kevin had probably worked hard and of which he was probably really, really proud:

In any event, [my] hourly rate is reasonable, and [Mary]'s virilistic assertions after being held accountable for the attorney [sic] fees she caused does not change that fact.

Kevin, did you write that yourself? Freakin' awesome, man!

Mary's next filing is pretty professional, but on page 5, she informs the court about what "virilism" means: "[A] female hormonal disorder which causes developing male characteristics, including excessive facial hair growth, tonal qualities [sic], muscle and sexual organ development."

Just trying to be helpful, your Honor. 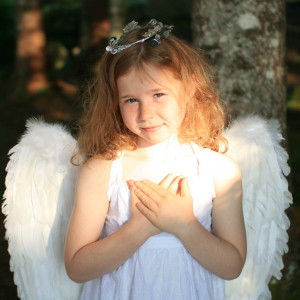 About three weeks later, Mary files a declaration saying that Kevin never apologized for calling her "virilistic" - in fact, the only thing he did was send her a "congratulations" email after the appeal of one of her clients in another case was denied. (Nice.) She says the court should take Kevin's nastiness into account when deciding on a fee award. And she cites Washington Rule of Professional Conduct 8.4(d), which says that gender biased words are "offensive, abusive or harassing conduct, and conduct which seriously interferes with the administration of justice." (I'm quoting Mary, not the rule.)

Finally, it's the turn of poor Judge Stanley A. Bastian, who by now must be ready to retire to that fishing cabin in the Cascades. After accusing counsel of "unprofessional and discourteous behavior," denying Mary's motion to reconsider and granting Kevin's request for attorneys' fees (more than $4,000), the Court gets to the part we've all been waiting for -- were Mary's self-inflated, delusional assertions unduly "virilistic"?

Virilistic? What does that mean? [Then the judge quotes the definition of "virilism."] . . . Given the tone and tenor of the briefing submitted by counsel throughout the pendency of this case, the Court can only assume that counsel's use of the term "virilistic" was meant to minimize opposing counsel's actions because she is a female, or to suggest that her actions could only be taken seriously if she were to acquire certain male characteristics. . . . As used, the word was sexist, discriminatory and demeaning.

The judge proposed a $500 sanction against Kevin but gave him a chance to request a hearing to defend himself.

Which, of course, Kevin did.

"Did I say virilistic? Silly me! I meant to say viralistic!" Kevin starts out nice, but he can't sustain it for long. After one paragraph he's back on the attack, saying that this was all Mary's fault for provoking him. "In fact, your Honor, she got me so upset that I typed 'i' when I meant to type 'a'!" (Not an actual quote from his brief.) But then he denies that he was being sexist (which I believe -- I think he just trying to be a snip and doesn't have a way with words) and said the word he was really looking for was "viralistic," which he admits isn't really a word either, but anyone with half a brain can see that it makes more sense in context than "virilistic" because it meant that Mary's ridiculous arguments were like a virus. Mmm, kay.

Now this is what I call "viralistic."

By the way, Kevin - did you mean to say "vitriolic"?

Mary responds with the definition of "viral" and demonstrates that "viralistic" couldn't really be what Kevin meant. Then she files some emails from her own clients expressing their outrage that Kevin would be such a male chauvinist pig.

So Mary's clients are upset with the lawyer of the plaintiff who is suing them. If that doesn't justify sanctions, then I don't know what does.

Judge Bastian ended up making Kevin pay $500 in sanctions, so Mary is happy. But Kevin is happy, too, because he still gets his $4,000+ attorneys' fee award. The federal court system is ecstatic because the case is moving on out, and now some poor Spokane County judge will have to deal with these two for the next year or so. Bless her virilistic/viralistic/vitriolic heart.

A six-month "safe harbor" has been issued for qualifying employers covered by the new Massachusetts sick leave law, scheduled to take effect on July 1. And we also have some proposed regulations. Ellen Kearns and Angela Rapko have the scoop.

And do not hesitate to get over to Jon Hyman's excellent Ohio Employer's Law Blog, where he is host of the May Employment Law Blog Carnival: Wreck of the Old 97 Edition.