Harassment "must-have" no. 4: The Determination

It's the moment of truth! (Dum-dum-DUM!) 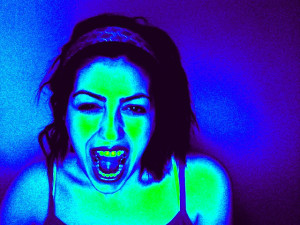 Now it's time to talk about "must-have" 4: a fair, legally defensible determination of what happened and what action to take.

During the investigation phase, you wanted to be as open-minded as possible. But now you get to be judgmental. At the "determination" stage, you need to ask three questions:

*What should be done about it?

*If you don't have an admission, do you have pretty solid evidence that it either happened or did not happen? Maybe the perp denied it, but you have five witnesses who say they saw him do it. Or maybe you interviewed everyone in the department, and they all say the alleged perp is a great guy and eminently appropriate.

*Is there any other evidence that you gathered (or know about) that sways you in one direction or the other? This could be just about anything -- video surveillance tapes, texts or voice mail messages, reputations, personalities, motives, etc.

*Did it happen the way the accuser said, or did you determine that something different (but still a violation of your policy) occurred? Maybe Smedley tells you that Melba gave him a passionate (and unwelcome) kiss in the break room. Melba denies it, and you interview everyone who was in the break room, and they also deny it, but Dilton and Charlene tell you that they did hear Melba make an inappropriate sexual remark about another employee. You'd still want to address the alleged remark with Melba even though you could not determine that she kissed Smedley against his will.

HOW BAD WAS IT?

Was it an off-color joke, or was it a sexual assault or threat of violence?

How often did it occur? Was it one moment of indiscretion, a constant thing, or something in between?

How many employees were affected? Were others (for example, customers, vendors, patrons, or the public) affected?

What was the perpetrator's position? Was she in management, and if so, how high up? (Being "high up" does not mean that you get a free pass -- if you'll pardon the expression -- but that you will be held to a more demanding standard of behavior.)

How bad was the harm to the victim? Did he have to take a medical leave for psychiatric treatment? Or did he say, "Shut up, that's just gross," and walk away?

WHAT SHOULD BE DONE ABOUT IT?

There are generally three possible outcomes to a harassment investigation:

*The perp is guilty.

*The accuser either lied or was mistaken.

*We have no idea who is telling the truth. It's his word against hers, and we don't believe either one of 'em. (Or we believe both of them.)

The perp is guilty. If the perp is guilty, go back to "how bad was it" and choose the punishment that fits the crime. Depending on what happened, the appropriate action could include a low-level documented warning all the way up to termination of employment.

The perp is not guilty. Sometimes an allegation of harassment will not pan out. That does not necessarily mean that the accuser is lying. He or she could be sensitive, or could have just misinterpreted some innocent behavior. Unless you have an air-tight reason to believe otherwise, always assume that the accuser who is wrong is only mistaken, not lying. If this is the finding, then meet with the accuser and let her know that the allegations were not substantiated and thank her for coming forward. Then let the accused know that he is in the clear, but remind him of the harassment policy. And document what you did to investigate and why you determined that the harassment did not occur.

Very occasionally, you may find that the accuser deliberately set up the alleged perp. Always give the accuser the benefit of the doubt, but if you determine that it was a set-up, you may be able to take action against the accuser. You will be accused of retaliation, so be careful. You should have irrefutable evidence (such as voice mail or text messages or love letters), not just a bad feeling. And don't do this without talking to an employment lawyer first.

No flippin' idea. Often, you will do a thorough investigation but at the end of it will not be able to reach a conclusion. Maybe the parties have dramatically different stories and there are no witnesses. If this is the outcome, meet with the accuser and let him know that you were unable to substantiate his allegations. Invite him to come forward if anything happens in the future. Thank him for reporting the allegations. (After all, he could've gone straight to the EEOC.) You ought to check in with him periodically to see whether everything is all right. Document all of these follow-up talks, and reopen your investigation if you hear of anything else.

Once you've explained the outcome to the accuser, do the same with the accused. Let her know that she won't be subject to any disciplinary action but remind her of the no-harassment policy. And, of course, if she later comes across some exculpatory evidence, then she should feel free to share it.