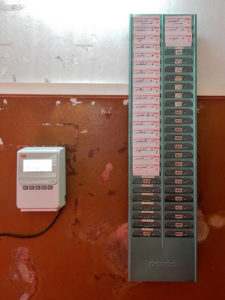 A study recently published in the Yale Journal of Law and Technology says that there are features of certain timekeeping programs that can create wage and hour problems for employers, and result in underpayment* of employees.

*Underpayment is also known as "wage theft," but I don't like that term and will not use it because it implies dishonest intent every time an employee is underpaid. There are lots of reasons employees may be underpaid, including ignorance of the applicable laws, mistake, and underreporting by employees -- not always in collusion with management.

Some of these same software features also make it more difficult for employers to defend themselves even when they paid the employee properly.

The authors of the study, in my opinion, are a little quick to assume that supervisors and managers (and employers) want to cheat employees out of their pay, but they do raise valid points. Here are some timekeeping system features for employers to watch out for:

Is it too easy for supervisors to edit employees' time entries? Some systems "prompt" supervisors when an employee's time entry seems excessive. I don't think that is necessarily a problem. As an attorney, I am a timekeeper, and our system lets me know if I post "too many" hours (in every case it's been because of a typo on my part -- for example, entering 24 hours when I meant to post 2.4 hours). Because I'm doing my own time, I know that I didn't really have 24 billable hours in one day (no lawyer jokes allowed!), so I know how to correct it to make an accurate entry. But when a supervisor is editing an employee's time, the supervisor may reduce the entry without the employee's knowledge or agreement. The authors argue that these automatic prompts may tempt supervisors to reduce employees' actual hours to meet budgetary goals.

Are edits "transparent"? This strikes me as a much more serious concern than the mere ability to edit a time entry. Any supervisor edits of employees' time entries should show up in the software, and the software should require the supervisor to include an explanation for the edit. (It should also show what the original entry was.)

Is there any accountability to the employee? Can a supervisor change a time entry without even notifying the employee? That's not good. According to the authors (citing behavioral studies), the chance of employer cheating (genuine wage theft) is greater if the supervisor isn't required to tell the employee about the change, much less explain it. Even in the majority of cases where the supervisor made an honest and legitimate edit but without notifying the employee, the chance is increased that the employee will later challenge the edit as improper. For all of these reasons, employees should be informed when their time entries are edited. Ninety-nine percent of the time (not an actual scientific figure), the employee is going to agree with the edit. But that one percent can be the acorn from which the oak of a wage-hour class or collective action will grow.

Beware of automatic "rounding." Yes, there have been some good court decisions lately on rounding of employees' time, as our own Sean Kramer has written. If the rounding results in no net loss, or only a minimal net loss, to the employee, it might be all right. But the authors of the study argue that rounding often results in more than a minimal net loss to the employee. Here's how it could happen, according to the authors:

In other words, according to the authors, most employees in this scenario would be losing several minutes of time a day through rounding, which could create wage and hour liability for the employer.

I've already run on too long, so next week I'll post about some things that employers can do to ensure that employee timekeeping is accurate.