"Notorious Nine" mistakes by employers in dealing with the EEOC

By Robin Shea on 3.11.11
Posted in Discrimination

Everybody on the employer side likes to pick on the Equal Employment Opportunity Commission, and the temptation is even greater now that its chair has taken such an aggressive stance on issues like pre-employment credit and background checks. However, employers occasionally shoot themselves in the foot (feet?) with the agency by making mistakes that only compound their problems. If you can avoid making these nine mistakes, chances are good that you (and your company) will be on the list of employers to whom the EEOC gives the benefit of the doubt – a very good place to be 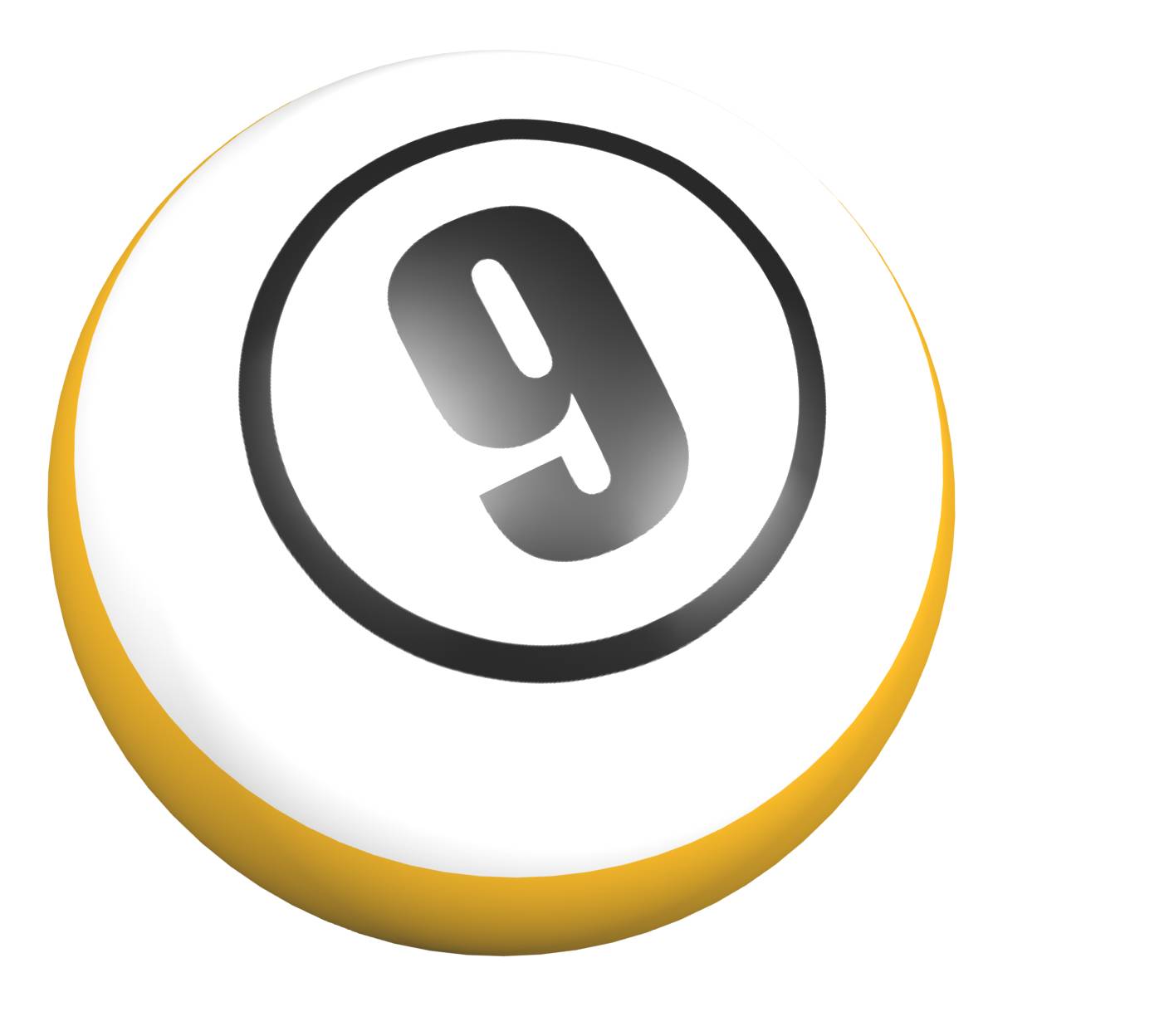 No. 9. They don't communicate. Many employers and their attorneys fail to stay in touch with the EEOC while an investigation is taking place. Yes, it is true that the Commission is the guilty party at least as often as the employer. But whether fair or unfair, the employers are the ones under investigation and therefore bear the practical burden of showing that they acted properly. Proactive communication with the EEOC investigator builds credibility for the company and for the attorney who represents it.

No. 8. They underestimate. Many employers and their counsel underestimate the competence and professionalism of the EEOC. Don’t laugh! They assume that the EEOC will not give the employer a fair shake, or that the investigator is not smart enough to identify the relevant issues in a charge. In my experience, this is unfair to most EEOC investigators -- although they may have a pro-employee bias (just as most of us have a pro-company bias), most do want to find the truth and be fair to both the employer and the charging party.

No. 7. They don't expect to litigate. This is closely related to No. 8. Although litigation (rather than a dismissal and notice of rights) is still the exception, the EEOC has been known to go to court – especially when class relief is possible (as with the aforementioned background and credit checks), when religious discrimination allegations are involved (because many people with deeply-held religious beliefs do not believe in filing suit on their own behalf), or when one of the EEOC's favored causes is at issue (currently, disability/genetic discrimination, disparate impact discrimination, and the ever-popular retaliation). Since President Obama was elected, the agency has been hiring litigators like there's no tomorrow, which can mean only one thing. (If you don't believe me, scroll through the agency's recent press releases and see how many lawsuits they've filed against employers since Jacqueline A. Berrien became the chair.) And I can tell you from my own experience that the EEOC is generally a pretty hard-working and effective adversary.

No. 6. They retaliate. Hard to believe that anyone is still doing this – in this day and age! – but a few bad apples do continue to retaliate against employees for engaging in activity protected by the anti-discrimination laws. There are two broad categories of activity that are legally protected: (1) participation and (2) opposition. "Participation" includes filing a charge, testifying against the company, and similar activity. "Opposition" includes activity that does not involve a formal process, such as making an internal complaint about discrimination against oneself or co-workers. It is important to remember that retaliation can exist regardless of the strength of the underlying claim.

For example, an employee may have a good-faith but legally weak claim of workplace harassment. Even though her claim is weak, it would still be unlawful for the employer to take action against her based on the fact that she made the complaint. It is also possible for a non-protected employee to become "protected" by the retaliation laws – for example, a white male who complains about discrimination against minority women at his workplace.

(It is possible to terminate someone for making a bad-faith complaint or for handling a legitimate complaint in a completely unconstructive manner, but this type of termination is treacherous and should not be undertaken without thorough legal review.)

No. 5. They don't mediate. Many of us were skeptical of the EEOC's mediation program when it was introduced a few years ago. We did not believe that EEOC mediators would ever give employers a fair shake. For many of us who gave it a try nonetheless, a pleasant surprise awaited. In my experience, the mediators have been generally fair and savvy (see No. 8 above), and have facilitated economical resolutions for companies. Not every case is suitable for mediation, but more cases are mediation-worthy than an employer might think.

No. 4. They wait. Yes, I know that the EEOC is slow, too, but I’m talking about delay as an employer tactic, not delay caused by heavy workload or negligence. Delay is sometimes a legitimate strategy to reduce liability or achieve other goals. But it is generally not smart, even if legitimate, where an EEOC charge is concerned. Employers should realize that once an employee files a charge, the statute of limitations on the federal antidiscrimination claims stops running until the EEOC disposes of the case. Thus, there is certainly no statute of limitations reason for employers to be dilatory. And, even though the statute of limitations stops, the accrual of back pay and back benefits does not. So the more you drag your feet, the more money you may end up paying to the charging party. You also may develop a reputation for being a stonewaller.

No. 3. They prevaricate. This is, thankfully, another problem caused by only a few bad apples. (I have never had a client do this.) To the extent that employers provide non-coercive advance preparation for their employees before EEOC interviews, or obtain legal representation before responding to charges, this is all perfectly legitimate and more than fair. However, employers who try to improperly conceal witnesses or evidence, falsify documents, threaten potentially adverse witnesses with discipline or discharge (or blacklisting), lie to the EEOC, or engage in other improper activity should watch it – they are hurting no one but themselves.

No. 2. They're not appropriate. This should be no surprise to any employer who is being honest with itself: Employers do not always take the appropriate action in addressing discrimination issues and do not always take corrective action when problems arise. Mistakes are unavoidable, but if you get a charge and realize that indeed you had not handled the situation appropriately, begin working to resolve the matter. If you act quickly (see No. 4 above), you may be able to reinstate a wrongfully terminated employee, or resolve the charge with a nominal settlement. If you make this your normal practice when you find that you have done wrong, you will create an outstanding reputation with the EEOC, and they'll often be willing to give you the benefit of the doubt on the cases you are willing to fight.

No. 1. They don't calibrate. The number one complaint from EEOC regional attorneys is that employers often fail to proactively monitor their EEO compliance. This is easy to neglect with all the other responsibilities that companies have. But wise employers will do all that they can to monitor the demographics of employment activity, especially for jobs that seem to be "segregated" by race or sex; keep EEO and harassment policies up to date; have good processes in place for employees to complain if they believe that they have been treated unfairly; and provide effective management training on employee relations, discipline and discharge, discrimination, reasonable accommodation, retaliation, and harassment. For larger companies, it is also advisable to monitor legal actions filed against the company (including lawsuits and administrative charges), even if frivolous, because heavy activity may indicate serious morale or perception issues if not bona fide discrimination issues.

PS - This "calibration" is even more important in light of the Supreme Court's decision last week in Staub, in which it recognized employer liability on a "cat's paw" theory.

All that said, here are a few tips from a more “employer-friendly” point of view:

• Don't assume, just because the EEOC is suing (see No. 7), that you have done wrong. The EEOC isn't always right, either, and you can win an EEOC lawsuit – especially if they seem to be litigating only because you happen to be on the wrong end of one of the agency's "hot" causes.

• Although you should not underestimate the competence and professionalism of the EEOC, don't overestimate it, either. Especially when writing your Statement of Position, be sure that you fully and in plain language explain all relevant background information and your position. You will generally not go wrong by trying to make the investigator's job easy.

• Don't try to avoid liability by claiming that a termination for cause was a “job elimination.” My mentor has a great old story about trying an age discrimination case (he was representing the plaintiff) in which the employer claimed "job elimination." The only problem was, the plaintiff whose job was eliminated was the president of the company. Uh . . . yeah.

This trick has been tried many times, and the EEOC is onto it. If you fired someone for a good reason, have the courage to admit it. If the person was terminated partly for cause and partly for economic reasons, say that. You will have a much easier time defending yourself if you're straight-up.

• Don't think the EEOC is being adversarial every time it asks you for information. Often, when the EEOC asks for more information, it is 99 percent ready to throw out the charge (that is, to find in the company's favor) and just needs one small item from you to wrap the thing up. Thus, unless the request is truly unreasonable, comply politely. When in doubt, consult with counsel.

• Speaking of adversarial, generally don't be with the EEOC. Some investigators require an adversarial touch, but these are in the minority. Most will be much easier to deal with if you are courteous and pleasant with them. Even if you disagree with their position or don't intend to provide certain information they've requested, you can “just say no” respectfully.

• Last but not least, if you do not have an in-house employment lawyer, don't handle even a seemingly trivial charge without the help of outside counsel. Here are examples of some mistakes that can turn little charges into big disasters: Inadvertently admitting to violation of a non-EEO law, providing too much information that allows the Commission to go fishing for trouble, presenting "facts" that turn out to be untrue. And, of course, committing any of the above “Notorious Nine.”