"The freezing trucker" and Gorsuch's heart of ice: A micro-fiction

By Robin Shea on 3.24.17
Posted in Politics, Transportation Industry

It was a bleak and frigid night on I-88 somewhere in northern Illinois. The icy wind whipped across the flatlands, grazing the endless rows of white, brittle remains of last 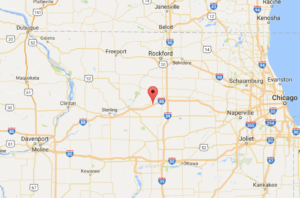 year's corn crop. The only place to be that night was in your house, wrapped in your Snuggie, with a warm glass of brandy, watching videos of past vacations at Daytona Beach.

Alphonse Maddin knew he had to deliver his truckload of stuff, but he was low on gas. Somehow, he had not been able to find his assigned gas station in the vast, treeless midwestern expanse. So he drove and he watched, as the needle slowly but surely slid below the little red "E."

Some thirty years earlier, in the land of cherry blossoms and the Potomac River, Congress passed the Surface Transportation Assistance Act. The law said (among many other things) that an employer could not take adverse action against a driver because the driver refused to operate a truck for safety-related reasons. (The law was later amended to add security-related reasons.)

Back on I-88, Alphonse Maddin was afraid he was going to run out of gas, so he pulled his rig over to the side of the road. He waited for an inexplicable 15 minutes, and then decided to venture back out in search of a truck stop.

No go. His trailer brakes were frozen.

Alphonse Maddin called his boss. "The trailer brakes are frozen, and I'm out of gas," he said. "Don't worry," the boss said, "sit tight, and we'll send help."

"Well, hurry up," Alphonse Maddin replied. "It's colder than Neil Gorsuch's heart out here." He hung up.

The sky was black, sprinkled with stars that looked like the static electricity you get when you walk across a carpet in fuzzy socks after petting a cat. The road was so flat that you could see the lights of the next village, even though it was 20 miles away. Alphonse Maddin turned up the heat in his cab and rubbed his hands.

Sputter-sputter-sput. Then an ominous mechanical groan. Then silence. And no more warm air. His heater had died. 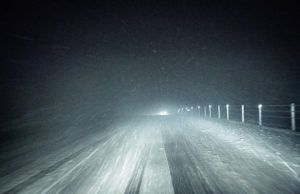 Alphonse Maddin cursed softly. "Wouldn't you know it." He found some shipping blankets, wrapped himself up in them, and went to sleep.

The roar of a passing semi woke Alphonse Maddin. 1:30 a.m. He had been asleep for two hours, and still no roadside assistance. His torso and feet were numb. Fumbling for his phone, he called his brother. "It's me, Alphonse," he said.

"You sound funny. You been drinking?"

"Turn your heat on, you idiot!"

"Have you called the company?"

"Yeah, they're supposed to be sending somebody out, but that was two hours ago. Nobody is here."

"Listen. You need to call them again. Tell them you don't have any heat. You're gonna freeze to death."

"OK." Alphonse Maddin called his boss. "Man, I'm freezing here," he said. "I don't have any heat in my cab. I need to do something. My body is going numb."

"Well, drive to a service station."

"I can't. The brakes on the trailer are frozen. I could unhitch the trailer and drive the cab to a gas station."

"No, you can't abandon the trailer. We'll get somebody to you. Hang in there."

Then he was fired for driving away while leaving his trailer by the roadside.

Two of the three judges in Denver agreed with OSHA and the ARB that operating a truck (driving the cab to the service station) was, in fact, a refusal to operate a truck. Therefore, Alphonse Maddin's employer had taken adverse action against him for engaging in legally protected activity.

Back in the land of cherry trees and the Potomac River, people thought that Judge Gorsuch was a mean man for saying that a law should be applied as it was written. But some people were saying that Congress maybe should write better laws.

EDITORIAL POSTSCRIPT: If an employer had called me beforehand, asking whether it should fire someone in Mr. Maddin's position, I would have said not to do it, regardless of what the STAA literally says. That's my role as an advisor to employers. But the judge's role is to apply the laws as they are written. In my opinion, Judge Gorsuch was exactly right, based on the plain language of the STAA.