By Robin Shea on 5.20.11
Posted in Discrimination, Family and Medical Leave Act, Harassment

My internet friend and worthy adversary Donna Ballman, an employment lawyer who represents plaintiffs, had a good and sad post this week on AOL this week entitled "Nine Signs of Age Discrimination." The comments were especially depressing, from a number of people who said that they'd experienced age discrimination either in losing their jobs, or in their attempts to find jobs.

I've heard a lot "on the street" about the difficulty older workers are having in finding jobs, and I posted a while back on some of the non-discriminatory reasons that might be accounting for that 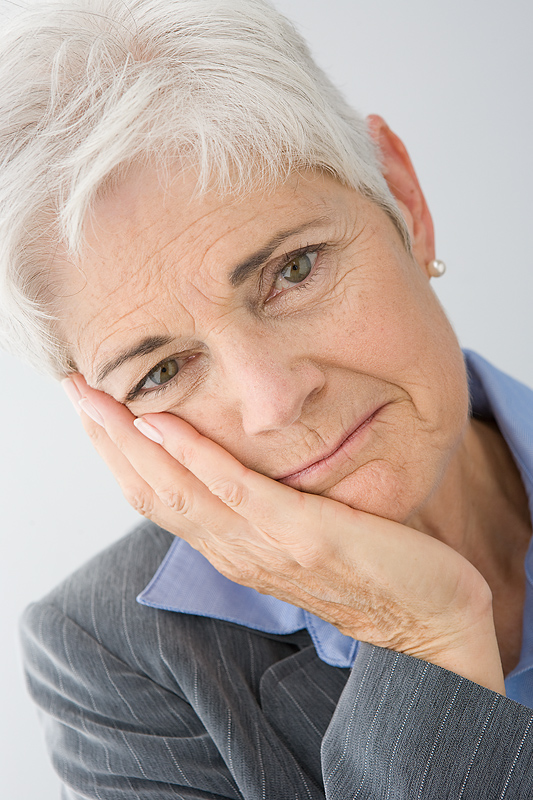 Sign No. 2: You have been a victim of unfair treatment that is legal. The world is an unfair place, but our legal system can't "redress every wrong," as the judges like to say. In the workplace, things like nepotism, favoritism, consensual workplace sexual affairs, you name it, are definitely NOT COOL but usually not illegal. So, if you lost out on that promotion because your boss wanted his 22-year-old daughter who just graduated with a C+ average from Priscilla Vanderbilt's Finishing School for Rich Young Ladies Who Aren't Smart Enough to Get Into Four-Year Colleges instead of you, a superbly qualified, well-loved and respected, and professional person with 30 years' directly applicable work experience, you probably don't have an age discrimination case.

Sign No. 3: You don't know all the facts. In any decent workplace, personnel information is not shared with employees who don't have a need to know. That's a good thing, but it causes people to sometimes feel that they've been singled out when in fact they have been treated exactly the same as their so-called "similarly-situated" co-workers. Unfortunately, they don't always find this out until they are in the thick of the discovery process in a lawsuit that the employer will win. Once an employer has been sued and backed into a corner, it will have no choice but to trot out all the evidence that, just as it fired you for failing to generate new business, it fired 10 other sales reps for the same reason, many of whom are in their 20's and 30's. And those people who were younger who you thought were being treated more favorably? Lo and behold, they actually had better numbers than you did. Or they didn't, but only because they were on job-protected FMLA leave for part of the relevant time period. Or they didn't, but they are in the performance improvement process, too, just like you were -- and can be expected to meet the same fate as you if their numbers don't improve. You get the idea.

Sign No. 5: You are a dirty, rotten creep. Before rushing off to file a discrimination charge against your employer, it's not a bad idea to take an unsentimental, high-definition, fluorescent-light look at yourself. How do you get along with the people you work with? Do they like you? Are you known as "high-maintenance" if not a DRC? If you filed a charge or lawsuit against your employer, would anyone at work side with you? (And, when considering that, be sure to remember that even the current employees whom you counted among your friends are going to be reluctant to get involved.) Or, do you think there is a good chance you could be subjected to sitting through deposition after deposition in which your co-workers testify under oath about what an incompetent jerk you were, and how relieved everyone was when you were finally fired, and how much better your replacement is? (This really happens, and, when it does, it's no fun for the plaintiff.)

Sign No. 5: Your sweet, kind-hearted, easy-going boss has been replaced with a Master of the Universe. Maybe you got outstanding performance reviews (plus home-baked cookies) for 20 years while you reported to Mrs. Santa Claus. Then Mrs. Santa Claus retired, and was replaced by Gordon Gekko. Suddenly, you can't do anything right, and you're on a 6-month Performance Improvement Plan with termination in your immediate future. But surely this is age discrimination, because I had outstanding reviews for 20 years and now that I'm 60, I'm suddenly on a PIP! Nuh-uh. The courts say that Gordon has the right to have his own performance standards, even if they are dramatically different from Mrs. Claus's standards. As long as Gordon requires everyone to conform to his tougher standards, he's acting legally.

Sign No. 6: Your employer made a business judgment that you don't agree with. You have been an awesome bookkeeper/accountant for your employer for 20 years, and your associate degree in business from the local community college, coupled with your work experience, has served you well. Suddenly your employer tells you that the company has decided to upgrade your position to Chief Financial Officer and put a CPA in the position, and can't afford both a CPA and you. So, you're now in the unemployment line, while 25-year-old Numbercruncher, who just graduated from a remote outpost of the state university with a C+ average and passed the CPA exam, is in -- as CFO!! How unfair! You know you are smarter and better at what needs to be done than Numbercruncher. It doesn't matter. Your employer has the right to make this type of decision, even if it's a stupid decision, as long as it's not based on age or some other illegal reason. As the courts like to say, "We do not sit as super-personnel committees, second-guessing employers' business decisions."

Sign No. 7: Your employer honestly believes you committed a termination offense, even if you didn't. What? Yes, it's true -- "guilty beyond a reasonable doubt" applies only when you've been charged with a crime. In the workplace, the employer is allowed to terminate (or discipline) employees based on nothing more than an honest, reasonable belief. So, when you are falsely accused of sexual harassment by a couple of colluding co-workers, it's not illegal for the employer to fire you (assuming it did not know about the collusion), even if the employer cannot say for a fact that you are guilty, and even if, a year, later, during her deposition, one of your accusers breaks down and admits that the accusation was a total scam. In your age discrimination lawsuit, the courts will not look at your guilt or innocence but whether your employer, at the time of the termination, had reason to honestly believe that you had committed a termination offense.

Sign No. 9: Your replacement is as old as you, or older. This does not automatically defeat an age discrimination claim, but it is a pretty strong sign that your age is not the reason you lost your job.

As you can see, our legal system tolerates a lot of unfairness, meanness, mistakes, and stupidity. This is true outside the employment law world, too -- if someone cuts you off in traffic and flips you a bird while doing it, that is without question rude, and you will probably be justifiably furious for at least 15 minutes, but you will not be able to sue that person for intentional infliction of emotional distress, even if you managed to get their license plate number. It's a cruel world, and we need to think about that before rushing to the courthouse.