ROBIN'S NOTE: I am happy to have Tommy Eden back again for a guest post. Tommy is from Constangy’s offices in Opelika, Alabama, and West Point, Georgia. He drafts DOT and state-specific drug testing policies for clients nationwide, and he serves on the Board of the Substance Abuse Program Administrators Association.

Don’t get too excited about that recent decision upholding the termination of the alcoholic truck driver.

The U.S. Court of Appeals for the 11th Circuit, which hears appeals from federal courts in Alabama, Florida, and Georgia, recently affirmed summary judgment for Crete Carrier Corporation. Crete fired one of its truck drivers working out of its Atlanta terminal after the driver was diagnosed with alcoholism. The driver had sued for disability discrimination under the Americans with Disabilities Act and also had interference and retaliation claims under the Family and Medical Leave Act.

The regulations of the U.S. Department of Transportation say that an individual is not qualified to operate a commercial motor vehicle if he has a “current clinical diagnosis of alcoholism.” The regulation doesn’t really define what this means, but it gives employers 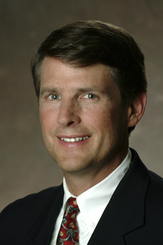 the authority to determine whether a driver is able to work. In Crete’s case, it had a policy providing for termination of any driver who had a diagnosis of alcoholism in the past five years. When Crete terminated the plaintiff, Sakari Jarvela, Mr. Jarvela had been diagnosed for only six weeks.

Mr. Jarvela contended that only a DOT medical examiner (who had issued him a six-month medical certification) could determine whether he had a current clinical diagnosis of alcoholism. However, the court rejected his argument, noting that the DOT regulations make clear that an employer makes the final determination regarding who is qualified to drive a commercial truck. Because the regulations “place the onus on the employer to make sure each employee is qualified to drive a commercial vehicle,” the court said, “the employer must determine whether someone suffers from a current clinical diagnosis of alcoholism.” Thus Mr. Jarvela was not able to meet an essential job function as set forth in his written job description.

So, why should transportation employers be cautious?

*The ADA rules say that if another federal law (like DOT regs) prohibits the hire or employment of someone based on a medical condition, then a covered employer can obey that law without violating the ADA. But if the other federal law gives the employer any leeway (for example, saying only that the employee must be removed from certain job duties), then the employer has to comply with its ADA obligations, which could include the reasonable accommodations of job restructuring or transfer to a different job.

*The DOT regulations say only that a person with a “current clinical diagnosis of alcoholism” is not qualified to drive. This, if you’ll pardon the expression, leaves an ADA loophole big enough for an 18-wheeler to drive through. Most importantly, it means that a transportation employer might have to consider reassigning an alcoholic driver to a non-driving position – for example, a loading dock job – as a reasonable accommodation. Mr. Jarvela apparently realized this too late. He didn’t make the argument soon enough, and so the issue was considered “waived” on appeal.

*Mr. Jarvela’s official alcoholism diagnosis was only six weeks old, which is pretty “current” by any standard. Would the result have been the same if he had been diagnosed 4 ½ years before his termination?

So, transportation employers, this case is good news, but here are some things you can do to put yourself in a stronger position if you have to take action against a driver with a substance abuse problem:

Make sure that your job descriptions and policies clearly say that qualification to drive (under both the DOT regulations and in the opinion of the company) is an essential function of the driver job.

Because the DOT regulations on alcoholism are vague, make sure your policy defines “current.” And it’s best for your definition to be based on some recognized medical or scientific authority -- otherwise, you may have trouble defending yourself before the EEOC or in court.

To the extent the law lets you, be sure to pay attention to information about medical disqualification regardless of the source – including workers’ compensation records, Medical Review Officer safety concern letters, or fitness for duty evaluations.

Become intimately familiar with the DOT regs, and watch out for those ADA weasel words like “may” or “not qualified to drive.” The provisions especially relevant to substance abuse are 49 C.F.R. Parts 40 (MRO review and verification process), 382 (actual knowledge), and 391 (disqualification of drivers).

If you haven’t already, develop a good relationship with a physician who has the medical expertise you need and who is also aware of DOT requirements and the ADA.