DISCLAIMER: Today's post has absolutely nothing to do with Veterans Day. But thank you, veterans!

Last week, I was pretty hard on Herman Cain and his response to allegations of sexual harassment. Since then, two women have come forward publicly, and all I can do is quote from my partner John Doyle:

*shrugs shoulders and sighs* "Well, you don't get your witnesses from Central Casting." 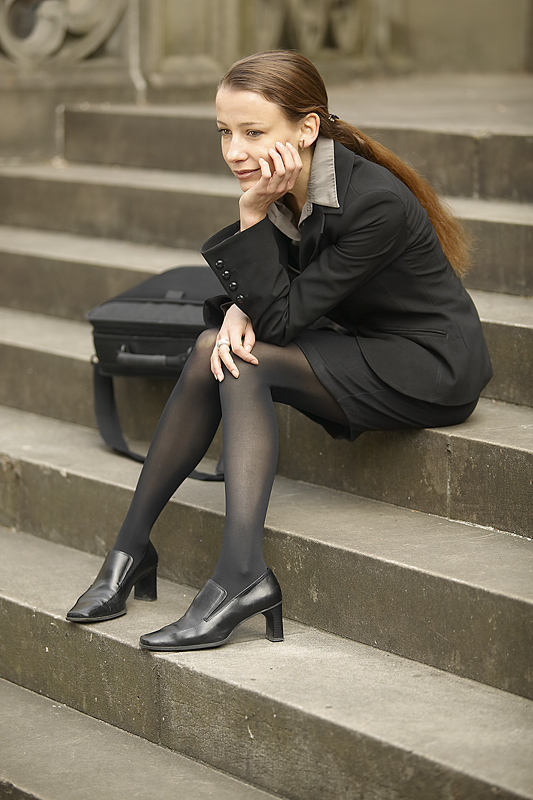 1. You didn't report it to the appropriate people in management. With certain limited exceptions, your company will not be liable to you for harassment that it didn't know about, or couldn't have known about. If you grin and bear it as long as you can, and then quit before telling Human Resources or someone in the right position, you are probably going to lose your case.

I always tell employers to review the company harassment policy every time they receive a complaint of harassment. This is so they can be sure they are doing everything that the policy says the company will do. As an employee who is a victim of sexual or any other discriminatory harassment, you should review it, too, to make sure that you are reporting it through the right channels. If you don't, the company may have a legal defense to your claims, which goes like this -- "We had appropriate measures in place to prevent and address harassment in the workplace, and our employee failed to use them."

2. You "asked for it." I know I'm not supposed to say things like that, and I don't mean it the way you think. I don't mean that you were "asking" to be sexually assaulted the day you wore tight pants to work. I mean that you told dirty jokes and sent dirty emails every day, and then got a dirty joke/email back and immediately suffered "severe emotional distress." If you behave a certain way at work and receive "in kind" behavior from your co-workers, or even your bosses, a court is not likely to be sympathetic with your claim of harassment.

3. You gave mixed signals out of a desire to be polite. Here's the scenario: Co-worker (or even a supervisor) thinks you are attractive and asks you out. You are not attracted to your co-worker/supervisor. But you don't want to hurt his* feelings, so you don't say, "I don't want to go out with you. Please don't ask me again." Instead, you say, "Oh, I would LOVE to go out with you, but I have plans this weekend. I'm so sorry."

*The masculine shall be deemed to include the feminine, and vice versa.

What's wrong with that?

Obviously, if you make excuses, your co-worker/supervisor is not going to take that as a rejection -- at least, not until he's asked you about 100 more times and you've given him the same excuse every time. (Even then, never underestimate the optimism of some guys.)

If you're married or have a significant other, you can always use your partner as your excuse to say no. Otherwise, just use the old reliable, "Thank you, but I don't date people I work with." It gets the point across without being a "personal" rejection. (Needless to say, if you use this as your excuse, don't run out and start dating that other co-worker who you think is, like, totally awesome.)

4. You didn't cooperate in the investigation. Courts don't like it if you try to get cute in the company investigation. Occasionally, employees will complain about harassment but will refuse to identify the alleged harasser. Sometimes after being cautioned to keep the investigation confidential they'll promptly go back into the workplace and tell all their co-workers how they really "got" that SOB who allegedly harassed them. This kind of game-playing will be used by the company to show that you had an "agenda" and either weren't really harassed at all, or at least weren't genuinely upset by the behavior. Give the company enough information so that they can try to investigate and address your complaints, and do what they tell you (as long as it's legal and reasonable, of course).

5. You made it up. Well, duh. This happens more often than you'd think. The typical scenario is a (usually male) supervisor and a (usually female) subordinate who were having an extramarital affair. Woman's husband finds out about it and goes loco, threatening to sue her for alimony and take the kids away from her. Her only way out of it is to lie to husband and say she was being forced into it. Then husband indignantly responds, "WELL, THEN WE NEED TO BRING CHARGES AGAINST HIM FOR SEXUAL HARASSMENT, AND IF YOU DON'T GO ALONG WITH IT, THEN I'LL KNOW YOU'VE REALLY BEEN CHEATING ON ME!!!!" What can she do? She's trapped.

Next thing you know, the boss's little "indiscretion" has turned into a termination offense and has gotten him named as a co-defendant in a sexual harassment suit. Not to mention that he'll have some explaining to do to his wife, which surely will not be pleasant.

Well, the sleaze deserved it, didn't he?

Maybe. But it's not going to help you, as the "victim," to do this. If this is what's been going on, your co-workers will all know about it, and there will be phone conversations that your husband taped (possibly even video of you and the boss taken by your husband's private detective), and there will be emails, Facebook postings, tweets, and text messages, and you can guarantee that the company's lawyer will get it all and will use it against you in a court of law. You don't want to go there.

OK, so, what should you do if you feel that you are being harassed at work? Review your company's policy, and follow the reporting procedure in the policy. Even if some time has elapsed (because you just now read this awesome blog post), or even if the alleged harasser is no longer with the company, you should still report it and explain the reason for the delay to the best of your ability. Cooperate with the company's requests for information and names of potential witnesses, and always comply with the directive to keep the investigation confidential. If you behaved in a way that might have given others the wrong impression, go ahead and admit that. If more inappropriate behavior occurs after your meeting with management, let them know about the new behavior. And, most importantly, don't think you have won the lottery just because a co-worker has behaved inappropriately at work. It may very well be that all you will get is an end to the bad behavior. But that's what you really wanted, right?