Happy 30th anniversary to the ADA

By Robin Shea on 7.24.20
Posted in Americans with Disabilities Act, Discrimination

. . . and an alternate universe without it.

It seems like only five years ago that the Americans with Disabilities Act was celebrating its 25th anniversary. But here we are, five years later, and the ADA is having its 30th anniversary this Sunday.

I like the ADA, and here are some serious reasons why.

Rather than repeat myself this year, let's take a look at what the workplace would be like if there were no ADA.

"THERE OUGHTTA BE A LAW": A drama in five acts

For your consideration: Ada Smedley. It's 1989. Ada is smart, and capable of being a good worker. She has depression, which is under control with medication. On her last job, she was seriously injured when a co-worker ran over her while drag-racing forklifts with another co-worker. Ada's injuries kept her out of work for six months. While she was unconscious in the hospital, her employer filed a workers' compensation claim on her behalf, and she drew benefits. She's fine now, with the exception of periodic flare-ups of lower back pain, and excited about getting back to work. She's looking for a clerical position. She is eminently qualified.

Ada Smedley is about to enter -- The Twilight Zone.

ACT ONE: Ada applies for a job. Ada fills out an employment application. After name, address, phone, and Social Security Number, the form asks, "Do you have any physical or mental conditions that would prevent you from performing the job?" Ada does have a "mental condition" (depression) and a "physical condition" (bad back), but neither one prevents her from doing the job. Answer: "No."

On page 2, the form asks, "How many days were you absent from your previous job because of illness?" Is getting run over by a forklift an "illness"? Ada thinks not. That was the only time she was out of work, so Ada answers, "None." The form goes on to ask, "Have you ever filed a workers' compensation claim against an employer?" Ada never has, so "no." 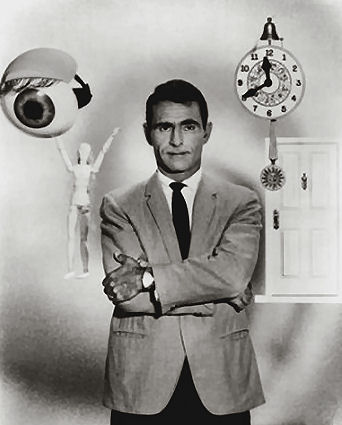 "Before the ADA took effect in 1992 (it was enacted in 1990), these intrusive questions on employment applications or in job interviews were legal -- and very common -- unless the employer was a federal contractor. Thanks to the ADA, medical information can no longer be requested at the 'applicant' stage." -- Rod Serling

ACT TWO: Ada gets an interview. As far as the employer is concerned, Ada is a dream come true. No medical problems, never out of work because she was sick, never had a workers' comp claim. The Human Resources manager asks her whether she ever had any "reproductive surgery,"* and Ada honestly answers "no." He skips over the questions that she answered on her application.

*He used to ask about "female surgery," but that was before Title VII.

Very impressed, he calls in the supervisor of the Customer Service Department, where Ada would be working. The supervisor escorts Ada to the work area, and asks her to handle some sample calls. Ada does well, and gets the job. She'll be starting in two weeks. That evening, Ada goes to the mall (no Amazon yet) and runs up a tab on her credit card, thinking that with her new job she will soon have plenty of money to pay it off.

"There was no such thing as a post-offer period before the ADA." -- Rod Serling

ACT FOUR: Ada starts her job. Ada shows up on her first day with a small pillow for her lower back. Her supervisor thinks the pillow is cute and asks where she got it. Ada replies that she found it at a thrift shop and thought it would feel better while she sat at her desk all day. The supervisor replies, "I know what you mean. My back gets tired after a long day, too." Ada says, "You know, I never had a problem until I got run over by a forklift on my last job, but now my lower back acts up occasionally." The supervisor responds, "Hmm."

The supervisor follows up. "That's awful about the forklift! How badly were you hurt? Were you in the hospital? Good thing you had workers' comp to cover your expenses, huh?" Ada replies, "Yes, I was in intensive care for two weeks. After I got out, they told me that the accident had bent my spine and that it would be crooked and I'd have pain periodically for the rest of my life. I don't know what I would have done without that workers' comp money." The supervisor responds, "Hmmm."

As soon as Ada is all settled in at her desk, the supervisor runs to HR and tells the manager everything that Ada said. Fifteen minutes later, Ada is called into HR. The manager confirms what she told her supervisor, and then has a few questions of his own:

"How long were you hospitalized after that forklift accident?"

"Were you diagnosed with anything else besides the crooked spine? What?"

"Have you ever been injured before?"

"Tell me every surgery they did on you while you were in the hospital."

"Do you expect to file any workers' comp claims against us?"

"How do you think you'll be able to handle a customer service job if you're depressed? If a caller is rude, will you become suicidal? We don't want to be responsible for that."

The HR manager concludes by accusing Ada of falsifying her employment application when she said that she had never filed a workers' compensation claim. Ada tries to explain that she was not the one who filed the claim -- that her employer had done it while she was unconscious -- and that she was trying to answer as accurately as possible. The HR manager says, "You knew that was a poorly-worded question, and a person with ethics would have disclosed the claim so we would have known not to take on this liability."

By this time, Ada is in tears. The HR manager suddenly feels sorry for her, so he decides to let her resign instead of firing her for falsification. Ada leaves, wondering how she will ever pay off that credit card bill from the other night. Even though she passes the EEOC office on her way home, she doesn't think to stop because she knows the employer hasn't done anything illegal.

ACT FIVE: A replacement for Ada? The HR manager goes through the other applications and finds a good prospect -- Jeremy, who has five years of customer service experience and looks like a stellar candidate on paper.

Jeremy arrives for his interview -- in a wheelchair. The HR manager is stunned. After he recovers, he tells Jeremy, "Sorry, but we wouldn't be comfortable having you -- I mean, your wheelchair -- in our office, and anyway, the cubicles in Customer Service are too small. No offense, you have a lot of potential, and I'm sure you'll be very successful somewhere."