By Robin Shea on 4.15.11
Posted in Discrimination 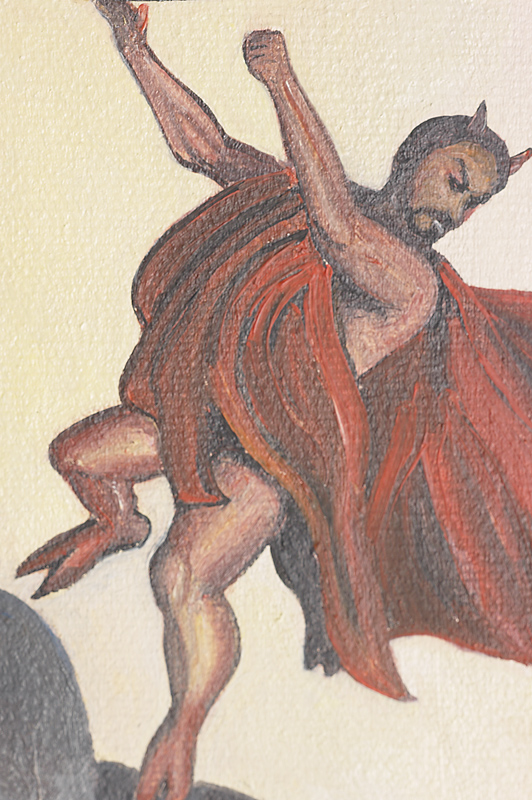 According to a recent study, organized religion is being "driven to extinction" from nine countries, including Canada, Ireland, the Czech Republic, and Switzerland. Although the United States is not on the list, studies here have also shown an increase in the number of people who call themselves "unaffiliated."

Meanwhile, American workplaces continue to struggle with the issue of religious discrimination and accommodation, and it's by no means all related to Muslims and Seventh-Day Adventists. The Evil HR Lady posted this week a question from an atheist who was worried that his involvement in an atheist organization during college (see? there's even "organized un-religion"!) might hurt his efforts to find a job.

In my own corner of the world (North Carolina), the toughest religious accommodation issues I've ever faced had to do with devout Baptists wanting to be off on Sunday mornings so that they could go to church. The reason? I'll tell you at the end of this post, but here is a clue: North Carolina is a heavily Baptist state.

Anyway, in honor of the coming Passover and Easter holidays (or whichever holiday you observe or do not observe), here is a list of the top five religious discrimination and accommodation mistakes made by employers:

"I don't agree with you, so I'm not going to accommodate you!" In determining whether an employee is entitled to a religious accommodation, some employers first assess whether the belief is valid in the employer's opinion. To use a blatantly obvious example, a Christian employer might be unwilling to accommodate a Muslim employee's need to make a pilgrimage to Mecca because the Christian considers it unnecessary.

"Joe Baptist needs off on Sunday mornings? OK, I need a letter from Joe's bishop." It is lawful for an employer to verify the need for a religious accommodation, but the verification must be done in accordance with the employee's religion. Baptists, for example, do not have a formal "church structure," and they don't have bishops, so an employer seeking to verify the accommodation need of a Baptist employee has no real "authority" to go to except the employee. On the other hand, if a Catholic employee seeks an accommodation, it might be perfectly logical to ask for a letter from the employee's priest or even, if necessary, his bishop.

By the way, the best way to verify a need for accommodation from an employee who has a less structured religion is to get the employee to explain the basis for the belief in writing. That way, you'll have documentation directly from the employee to support your decision. Of course, any doubts should be resolved in favor of the employee.

"Please come with me to church this Sunday. . . . Oh, you already worship somewhere else? Oh, there? Hmmm." This may be more of a problem in the Southern United States than elsewhere. Some employers can be quite aggressive about "encouraging" employees to go with them to church or other religious events. One low-key invitation might be all right, but any more than that is likely to result in an allegation of religious discrimination, especially if the employee later has to be disciplined or, Heaven forbid (pun intended), laid off or fired.

By the way, courts do not like it when employees (even non-management employees) "preach" to their co-workers that they will go to Hell if they don't repent and convert. Repeated offenses are generally considered legitimate ground for termination of employment.

"Religion is a topic of which we must never speak, ever ever ever ever." This is the opposite of the last one, and just as wrong. Many employers are so worried about "separation of church and state," respecting all viewpoints, and avoiding offense that they shut down any discussion or expression of religion in the workplace, including discussions that are consensual and expressions that are subtle and inoffensive. That employee who wears a Star of David necklace or her co-worker who has a crucifix at her computer station should generally be left alone. Hijabs (the headscarves that Muslim women wear) should be allowed unless they create a safety issue. This ain't France*, ya know.

*I'm exaggerating here, but not too much -- France has outlawed public wearing of the niqab and the burqa (veils that cover the face) but has outlawed the hijab (headscarf) only in state schools.

On a somewhat related note, beware of pressuring employees to sign "diversity" statements "affirming" lifestyles or values that are contrary to their religious beliefs. Of course, all employees can be required to treat all of their co-workers with respect, but anything more than that can amount to religious discrimination.

Atheists and agnostics and "the unaffiliated" have rights, too. Who'da thunk? But it's true -- the religious discrimination laws also protect the rights of people to not believe.

(I'm always asked, "Well, then, what about Satanists?" That's a post for another day.)

Answer to Question About "Baptist Accommodation" in North Carolina: Employers in the Carolinas, and, I suspect, most of the South, are afraid to accommodate Baptists because of the "floodgates" issue. They fear that if they let one Baptist off work on Sunday and the word gets out, they'll get so many similar requests that they'll have to shut down. With Jews, Muslims, Seventh-Day Adventists, and even non-Baptist Christians, this concern either does not exist at all or is much less severe.

UPDATE (Monday, 4/18/11 -- happy tax day!): I saw today that Abercrombie & Fitch has moved for summary judgment in a religious discrimination suit filed by the EEOC in Oklahoma. According to the article, the store admits that it refused to hire a Muslim woman as a sales clerk because she wore a hijab but says it's entitled to dismissal because the hijab is not consistent with the Abercrombie "look" (Abercrombie says its look is "American preppie," but having been to their website, it doesn't appear to me that preppy clothes is what they're trying to sell.) I have two questions for Abercrombie about this:

(1) So, are you saying that Muslim women are per se excluded from achieving your "look"? Why is a hijab inconsistent with preppy clothes?

(2) Are you willing to lose that large a segment of your market? Even if there aren't a lot of Muslims in Oklahoma, what about all the other Muslims nationwide who read about this case?

You never know what has gone on behind the scenes of a motion for summary judgment. I hope that, before filing its motion, Abercrombie had tried to settle this case and made an unconditional offer of employment to this woman. Otherwise, its case doesn't seem to me to be particularly strong.

And I have one question for the plaintiff and the EEOC:

Is there, or could there be, such a thing as a "preppy" hijab? Like a "rep" hijab? I am not being smart -- I honestly don't know and am asking.