By Robin Shea on 4.4.11
Posted in Americans with Disabilities Act, Discrimination 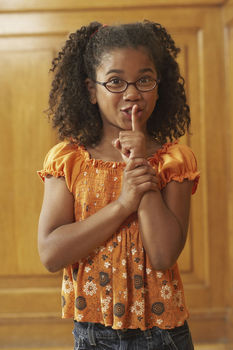 As most people in the Human Resources and employment-law worlds are aware, the U.S. Equal Employment Opportunity Commission recently issued its final rule interpreting the Americans with Disabilities Act Amendments Act.

The ADAAA, which took effect in January 2009, was enacted toward the end of the administration of George W. Bush, with the support of disability rights advocates as well as the U.S. Chamber of Commerce and the Society for Human Resources Management (both of whom were trying to head off a version that would have been worse for employers). The ADAAA dramatically expands the population that is considered "disabled" within the meaning of the ADA but does not change the ADA's provisions on, for example, reasonable accommodation, medical examinations, or confidentiality.

There has been a lot of commentary about the new regulations, but here are some points that I have not seen anywhere else:

1. The 40-or-so pages of dense preamble and regulations, and the EEOC's "Interpretive Guidance," can be summarized in one sentence, as follows: It is now unlawful to discriminate, not just against individuals with "disabilities," but against anyone because of a medical condition, whether actual, past, or perceived. (Please note that "medical condition" also includes mental/psychiatric conditions and learning disabilities.) The only exceptions might be, for example, a person suffering from the common cold or the flu, or someone who wears eyeglasses or contact lenses. But not necessarily. The new definition of "disabilities" in the ADAAA is as loosey-goosey as the definition of "serious health condition" in the Family and Medical Leave Act.

3. Thanks (but no thanks) to this law, I expect to see some class action lawsuits alleging ADAAA violations in connection with post-offer medical examinations and terminations at the end of extended medical leaves of absence. Under the prior version of the ADA, these cases were normally unsuccessful as class actions because an individualized analysis was required to determine who could be a member of the class (that is, who was "disabled"). But now that the determination of who is "disabled" is virtually automatic, disability discrimination cases will be more susceptible of class treatment.

4. Most ADA case law on who is "disabled" is no good any longer. The ADAAA explicitly overruled some excellent Supreme Court decisions, including Sutton v. United Air Lines (1999) and Williams v. Toyota Manufacturing of Kentucky (2002). However, our court system is slow, and so we are still seeing ADA decisions that take a restrictive view of who is "disabled." This is nothing to be excited about, unfortunately. Be sure to read the fine print: If the facts alleged in the case occurred before January 1, 2009, then the court is applying the old ADA, which really was a pretty good and reasonable law. (On the other hand, if you see a pro-employer decision based on facts that occurred after January 1, 2009, then you may have reason to open a bottle of champagne.)

So, what should an employer do to comply with the ADAAA?

*Always assume that everyone has an ADAAA "disability." You will be right 99.9 percent of the time, and the rest of the time you'll be erring on the right side.

*If you think a "medical condition" disqualifies a person from performing the job, go through the full-blown ADA/reasonable accommodation analysis. If you think you will be unable to accommodate, consult with counsel before making any irreversible decisions.

*If you require post-offer medical screening, review what you are doing and make sure that your medical department (or outside physician) is not automatically rejecting everyone who has certain conditions. All medical rejection decisions should be considered "preliminary" until they have been reviewed and approved by someone in Human Resources and/or a lawyer. (This may require the offeree to sign a HIPAA authorization that will allow the medical department to share relevant information with HR/Legal.)

*Review your medical leave/termination policies and practices, and be especially on the lookout for any provisions that seem to call for "automatic" termination without an individualized assessment or consideration of reasonable accommodation options.

*Make sure your "paws" know the laws. Now that we have the potential for cat's paw liability, be sure that your front-line supervisors and other managers know at least that the ADA has been amended and that it will cover significantly more people than before.