By Robin Shea on 8.9.17
Posted in Harassment, Sexual Torts

Yesterday, I posted about a disability discrimination case that the employer did not really screw up. Even so, a few less-than-optimal moves resulted in an adverse jury verdict that was upheld on appeal. 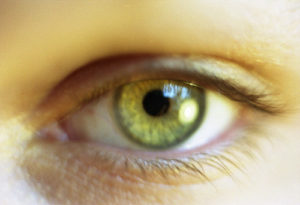 In Chapter 2 of our series on "employers who didn't really screw up but still lost" is a sexual harassment case that bothers me, involving the Idaho Department of Corrections. Here's the story:

The plaintiff, Cynthia Fuller, was in a secret consensual relationship with co-worker Herbt Cruz. While they were in that relationship, the state police began investigating Mr. Cruz in connection with an alleged rape of another woman. The IDOC put Mr. Cruz on paid administrative leave pending the outcome of the investigation. A communication was sent to employees about Mr. Cruz's leave status and a "hope[] that he returns soon."

The day after an IDOC manager told employees that Mr. Cruz was on leave, Ms. Fuller disclosed her relationship with Mr. Cruz. The relationship continued for about two more months, and then Mr. Cruz allegedly raped Ms. Fuller three times, over a period of about two weeks. All of the rapes took place outside the workplace.

A few days after Ms. Fuller's third rape, a co-worker reported to the IDOC manager that Ms. Fuller had been raped by Mr. Cruz. When the manager asked Ms. Fuller about it, she confirmed it. The manager took Ms. Fuller to the Sheriff's Department and stayed with her while she spoke with detectives. He also told Ms. Fuller that Mr. Cruz "had a history of this kind of behavior and that he knew of several instances." The next day, Ms. Fuller obtained a civil protective order against Mr. Cruz, and the manager sent an email to staff, including Ms. Fuller, which said,

Just an update on Cruz. I talked to him. He sounds rather down, as to be expected. . . . Just as a reminder -- and this is always one thing I hate about these things -- he cannot come to the office until the investigation is complete. Nor can he talk to anyone in the Department about the investigation. So, if you want to talk to him, give him some encouragement etc., please feel free. Just don't talk about the investigation. At this point, I honestly don't know the status of it.

Ms. Fuller asked to take a paid administrative leave of absence (like Mr. Cruz's), and her request was denied because it did not meet IDOC requirements. However, she was told that she could take unpaid leave under the Family and Medical Leave Act. Later, she was allowed to perform restricted duty based on her doctor's recommendation. Ms. Fuller felt that co-workers, who didn't know about her allegations, were frowning upon her for taking time off. After the IDOC refused more of her requests for paid leave and to restore the vacation and other paid time off she'd already used, Ms. Fuller quit.

Ms. Fuller sued the IDOC for creating a hostile work environment by denying her paid leave and "both vocally and financially supporting her rapist." A federal judge granted summary judgment to the IDOC, but a three-judge panel of the U.S. Court of Appeals for the Ninth Circuit reversed. (One of the three judges sided with the IDOC.)

Essentially, the IDOC lost on appeal because it (1) granted paid administrative leave to Mr. Cruz while denying the same type of leave to his alleged victim, Ms. Fuller, and (2) expressed support for Mr. Cruz in its communications to employees.

I have a problem with each component of the majority decision. First, the paid leave given to Mr. Cruz was pending an investigation. Normally, you pay someone who is suspended while an investigation is ongoing and before there is a determination of guilt. That's because you may find out that he was innocent, or at least that there was no way to substantiate whether the alleged misconduct actually occurred. If Ms. Fuller had been accused of some type of wrongdoing and suspended while her employer investigated, then she would absolutely be entitled to the same type of (paid) leave as Mr. Cruz. But that wasn't her situation. And apparently the IDOC did not grant paid leave to anybody for medical or psychological reasons. That's too bad for Ms. Fuller (I'm not being flip - it really is), but I don't see how it creates an unlawful "hostile work environment."

Second, the email expressing hope that Mr. Cruz would "be back soon" was sent before Ms. Fuller had disclosed her sexual relationship with Mr. Cruz, much less the alleged rapes. So how could this be considered "hostile," even by Ms. Fuller? The second email, sent the day after Ms. Fuller reported the alleged rapes to the Sheriff's Department, with her boss at her side, could have been handled with more sensitivity. But, again, there was no determination of Mr. Cruz's guilt at that time. I suspect that Mr. Cruz had some co-workers who were angry that he was being required to stay on leave for so long, which was the reason for the "conciliatory" comments in the email. I also suspect Ms. Fuller was copied on the email so that she would not feel singled out or excluded. If the email had been sent to everyone except her, she surely would have found out about it and would have felt that her absence was conspicuous. In other words, the IDOC was in a no-win situation.

"But, Robin, you said that there had been prior issues with Mr. Cruz! What about that?"

Good point. There had indeed, but they weren't comparable to rapes. Eight years earlier, a female employee complained that Mr. Cruz followed her into the parking lot and took her car keys. Seven years after that (and about a year before the Fuller situation), another female employee said that Mr. Cruz blocked her office door when they were engaged in a "role-playing exercise." He moved when the employee threatened him with a knee to the groin. But, significantly, this employee said that what Mr. Cruz did was "no big deal" and that she did not perceive his behavior as sexual in nature. Most importantly, in both cases, the IDOC investigated the allegations and took action that was appropriate under the circumstances.

In case you couldn't tell, I disagree with the majority on the Ninth Circuit panel, and I agree with Judge Sandra Ikuta, who dissented. That having been said, is there anything the IDOC could have done differently? Probably, and doing these things might have kept Ms. Fuller from suing and/or kept the Ninth Circuit from reversing the judgment in favor of the IDOC:

Give her the darned leave! First, even though IDOC policies did not provide for paid administrative leave for reasons like Ms. Fuller's, given the gravity of her allegations against Mr. Cruz, the IDOC should have done what was necessary to get her some type of paid leave. Legalities aside, it stinks to give an alleged rapist a paid leave while requiring the alleged victim to take leave without pay. And the IDOC policy did provide for paid leave in certain extraordinary circumstances. I'd say being an alleged victim of three rapes is "extraordinary" enough.

Collaborate with her in advance on the communications to employees. Of course, the IDOC has to let employees know Mr. Cruz's status. But given the extremely sensitive nature of the situation, I'd have included Ms. Fuller in developing the communication. She should have been able to determine whether she wanted to be included on it at all, and if she felt that the wording was too "supportive" of Mr. Cruz, she could have said so, and they could have toned it down. They also could have worked with Ms. Fuller on what to tell co-workers when she was missing work, or assigned to data-entry. Allowing her to help with the "messaging" might have helped her to feel more comfortable under the circumstances. Even if it didn't do that, it seems that it might have made two of the three judges on the Ninth Circuit panel feel better about what the IDOC did.

Although I disagree with the decision, it provides a good illustration of what employers often face in court. Even though judges and juries are supposed to follow the law, they are human and sometimes make decisions based on emotion, or "gut," or other "non-legal" criteria. A good employment lawyer will be aware of that and can help an employer handle the situation in a way that is not only legal but will also be perceived as fair. In other words, the employer's actions ought to both "be legal" and "look good."