Same-sex marriage and the FMLA: What you need to know
6.27.14
Posted in Family and Medical Leave Act

The proposed changes are intended to reflect (and expand upon) last year's Supreme Court decision in United States v. Windsor. That decision overruled Section 3 of the Defense of Marriage Act, which defined "marriage" for purposes of federal law as being between one man and one woman. 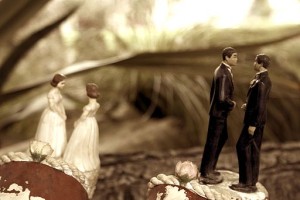 Consistent with Section 3 of the DOMA, the DOL has traditionally defined "marriage" for FMLA purposes in this same way (that is, as male-female). With respect to opposite-sex spouses, the DOL determined whether a couple was validly married based on their state of residence. As an example, if Joe and Mary got married in California and moved to North Carolina, they would be "spouses" if North Carolina recognized the marriage.

When you're talking about opposite-sex couples, this is no big deal because a marriage validly entered into in one state will be always honored by the other states.

But this principle does not necessarily apply to same-sex couples. If Keith and David got married in California (where it is legal) and moved to North Carolina (which does not recognize same-sex marriage), then they are not validly married while they're living in North Carolina. That's because Section 2 of the DOMA, which has not been overruled (yet), says that a state does not have to recognize a same-sex marriage, even if it was valid in the state where it was entered.

Is all of that clear as mud? For even more confusion, read this.

The changes proposed to the FMLA regulations would essentially provide for uniform treatment of same-sex spouses by looking at the "state of celebration" (the state where the marriage was entered) instead of "state of residence." In other words, if you are validly married according to the laws of the state in which you got married, then you are "spouses" for FMLA purposes regardless of where you may live in the future.

The DOL argues that its proposed changes will provide for more consistency, which will make things easier for same-sex couples and for employers who have multi-state operations. The DOL also noted that the U.S. Department of Defense already follows a "state of celebration" rule for military spouses.

Here are the highlights of the proposed FMLA rule:

1) Instead of using "place of residence" in determining whether a couple is validly married, the proposed rule would use "place of celebration" -- that is, the place where the marriage was entered. So if Sue and Josephine get legally married in Massachusetts, they will be eligible for spousal FMLA leave regardless of where they live afterward. (Assuming, of course, that they work for a "covered" employer, meet the eligibility requirements for FMLA leave, haven't already used their allotted FMLA leave, and need the leave for a qualifying reason.)

2) The FMLA definitions in the proposed rule expressly state that "husband and wife" includes same-sex spouses.

3) For same-sex couples who were married outside the United States, they will be considered "husband and wife" as long as the marriage (a) was valid where entered, and (b) would be considered valid in at least one (presumably U.S.) state.

Falling like dominoes and dropping like flies: This week, two judges of a three-judge panel of the U.S. Court of Appeals for the Tenth Circuit* affirmed a decision striking down Utah's ban on same-sex marriage. This is the first appellate-level decision we have on this issue. And a federal district judge in Indiana has struck down Indiana's ban.

*The Tenth Circuit hears appeals from federal courts in the states of Colorado, Kansas, New Mexico, Oklahoma, Utah, and Wyoming.

Here are other Constangy publications from the past week that might interest you:

David Phippen has been busy this week. First, he wrote our May-June edition of the Executive Labor Summary. Then the Supreme Court came out yesterday with that Noel Canning decision, finding President Obama's recess appointments to the National Labor Relations Board to be invalid. Here is David's always-insightful analysis of yesterday's decision.

If you haven't already seen it, be sure to check out Tommy Eden's guest blog post from earlier this week about Jarvela v. Crete Carriers (the alcoholic truck driver case from the U.S. Court of Appeals for the Eleventh Circuit).