When a customer harasses your employee - what should you do?

As an employer, what do you do when one of your employees reports being sexually harassed by a vendor?

Easy, right? You call the vendor's boss and say, "If you want to continue doing business with us, 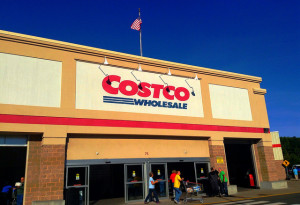 then you will not send this person back to our company." The vendor wants your business, so her answer is, "Sir, yes sir! Anything you say, sir! We appreciate your business! Thank you for calling!" Problem solved.

But what if the employee reports being sexually harassed by a third party who isn't so easy to push around? Like an important contact, or one of your customers?

Legally, you still have a responsibility to address the employee's claim of harassment, and it's also the right thing to do. But it takes more finesse, doesn't it, because you want to handle it without losing the customer's business. (Government employers sometimes have a similar problem when employees are harassed by members of the public -- whom it is their duty to serve.)

Costco got preliminarily nailed this week in a customer-stalking/sexual harassment case brought by the EEOC. For reasons I'll explain at the end, I think Costco may still win. But they're going to have to go through the expense and trauma of a jury trial first.

The lawsuit was filed by the Equal Employment Opportunity Commission on behalf of Dawn Suppo. According to Ms. Suppo, a Costco member approached her in 2010 and chatted with her, and then made a joking comment that Ms. Suppo was stalking him. After a few more encounters with this man, Ms. Suppo reported to management that she felt he was harassing her. The store loss prevention manager and two other managers met with the member, who denied it. They told him to avoid Ms. Suppo, and he said he would. Then they met with Ms. Suppo and told her what they had done, and told her to let them know right away if there were any further problems. 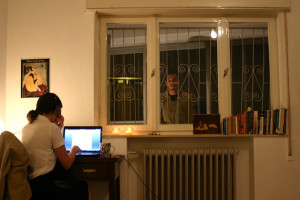 But, according to Ms. Suppo, the member continued to lurk and hover near her, commented about her appearance, and touched her a couple of times (not in a sexual way, but it would still be creepy coming from a stalker). She said she made numerous complaints to management for about a year. Ms. Suppo's father says that he also complained several times on his daughter's behalf. (Costco denies it.) At one point, according to Ms. Suppo, the man seemed to be video recording her on his cell phone. Costco admits that this was reported, and it investigated but was unable to substantiate the allegation. But as a result of the video complaint, the store manager told the member that he should shop at a different Costco location not far away, which he apparently did.

Then one day Ms. Suppo went shopping at this other location, ran into the "stalker," who by this time didn't like her any more because she got him banned, and he made a scene, cussing her out and telling her that she was crazy. After this incident, his Costco membership was revoked. 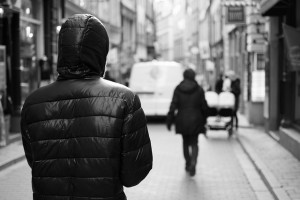 Ms. Suppo went out on a medical leave of absence and never returned to work. She was finally terminated when she exhausted her medical leave.

Even though Costco denied having received any complaints except the first and last, a federal judge in Illinois (correctly, I think) decided that the number of complaints and Costco's response were critical facts that were still in dispute: If you believe Ms. Suppo, then Costco probably didn't do enough to address her concerns. If you believe Costco, then Ms. Suppo probably doesn't have a case. This is the kind of thing that juries are supposed to decide.

So, yes, it's tough if you are told that someone on whom your business depends is harassing your employees. Here are a few things you might want to consider if you want to (a) help your employee and avoid a lawsuit, while you (b) avoid losing your customer in the process:

1) Consider appealing to the harasser's boss. In the Suppo case, the member was apparently a private citizen, so this wouldn't have worked. But sometimes the "customer" may be an employee of your true customer, which is a company. If that's the case, you may be able to tactfully contact the customer's Human Resources department, explain the situation, and get them to handle it with the individual. Most companies don't want their employees harassing anybody, so they are likely to cooperate.

2) Separate the employee from the harasser. This is what Costco tried. Sometimes it works, and sometimes it doesn't. If it's a business customer, you should swap employees responsible for handling the account, and have your representative meet the customer at his location, or meet only by appointment so you can get the victim out of there before he arrives. If it's an individual retail customer, those solutions may not work. But even in a retail setting, you can set up some kind of prearranged signal so that the employee has time to "disappear" whenever the harasser comes around. (NOTE: This solution works only if the harasser bothers one or two employees. If he's bothering everybody, then you'll have to do either No. 1, or No. 3, below.)

3) Remember that money isn't everything. Once in a while, you will have to bite the bullet and risk losing your customer to protect your employee. That's too bad, and if it's a business customer, it could have significant implications. But in many cases it won't be the end of the world, especially if the customer is an individual. I doubt that Costco will go broke because they terminated this one guy's membership. Why, I bet he wasn't even an executive gold star member. Compare that cost with the legal fees that Costco has had to incur in an EEOC lawsuit, and what may happen if a jury believes Ms. Suppo instead of Costco. (Come to think of it, maybe money is everything.)

THE SILVER LINING FOR COSTCO

Remember when I said I thought Costco might still win this thing? First, Costco will of course have the chance to persuade a jury that its version of the facts is true.

But the real reason I think Costco may win in the end is that it sounds like Ms. Suppo may have some "health" issues that could have affected her perception of this man's actions. Put more bluntly, it sounds like maybe he wasn't stalking her but maybe she just thought he was. And if her perceptions about that are wrong, then why should we believe that she complained repeatedly to Costco?

Costco tried to get Ms. Suppo's medical records, and the EEOC (as it normally does) took a hard line and refused to produce them. But the court is allowing Costco to get the records and send her for an independent medical examination. If it turns out that this whole thing was in Ms. Suppo's head, that is a shame for her, but the result could be a big win for Costco.