Let's talk about these new "conscience" protections for healthcare employees

Yesterday, the U.S. Department of Health and Human Services and its Office of Civil Rights announced that they would be enhancing the legal protections for healthcare workers with religious objections to certain procedures or treatments. 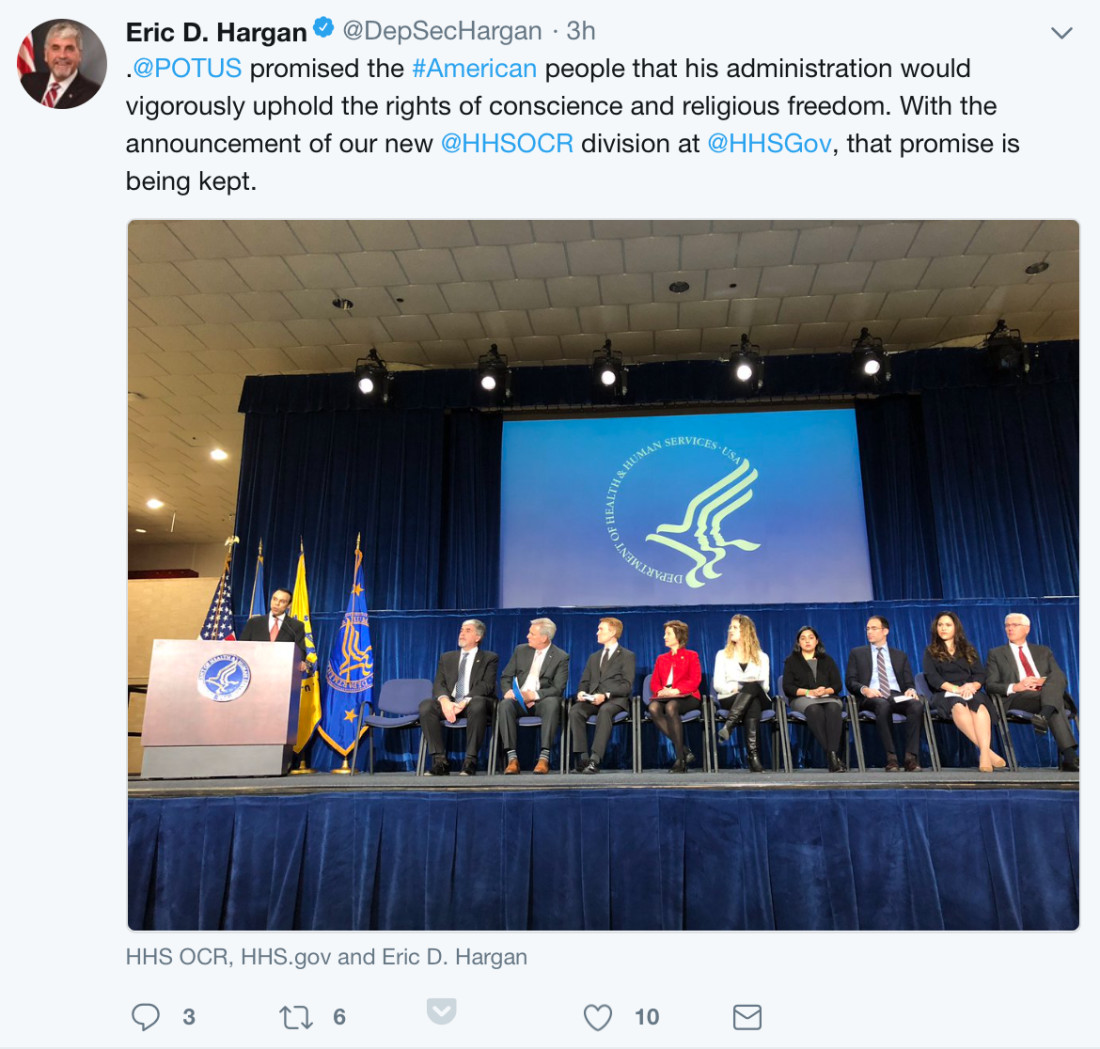 The new Conscience and Religious Freedom Division of the OCR will receive, investigate, and try to resolve claims by healthcare employees who believe they have been discriminated against or are being forced to provide certain treatments that conflict with their religious beliefs.

What's the legal basis for this new division?

The First Amendment to the U.S. Constitution of course protects the free exercise of religion without interference by the federal government, and Title VII of the Civil Rights Act of 1964 prohibits employment discrimination based on religion and requires reasonable accommodation in appropriate circumstances.

Religious conscience protections specifically aimed at healthcare workers have been in place for a long time and arise from a number of federal laws, but enforcement of those protections arguably weakened during the Obama Administration. The Obama Administration's more aggressive stance favoring reproductive rights and LGBT rights was sometimes seen to be in conflict with "traditional" religious beliefs.

In May 2017, President Trump issued an Executive Order, "Promoting Free Speech and Religious Liberty." The EO says, "It shall be the policy of the executive branch to vigorously enforce Federal law’s robust protections for religious freedom."

According to yesterday's announcement of the new Division by HHS Acting Secretary Eric Hargan,

[F]or too long, too many healthcare practitioners have been bullied and discriminated against because of their religious beliefs and moral convictions, leading many of them to wonder what future they have in our medical system.

The federal government and state governments have hounded religious hospitals and the men and women who staff them, forcing them to provide or refer for services that violate their consciences, when they only wish to serve according to their religious beliefs.

What areas of healthcare conflict with traditional religious beliefs?

The primary problem areas for healthcare workers with traditional religious beliefs -- as well as for their employers, if the employers are faith-based -- are reproductive rights (providing or assisting with abortions, voluntarily sterilizations, or in vitro fertilization or artificial insemination, or, in some cases, prescription or administration of contraceptives), assisted suicide in jurisdictions where that is legal, and providing or assisting with gender reassignment treatment or surgery.

So, what does this announcement mean? Say an obstetric nurse refuses to assist with an abortion.

Presumably, the employer would be required to allow the nurse to opt out of assisting with the abortion. It would not be allowed to "penalize" her for doing so -- for example, by cutting her work hours, or by disciplining or terminating her for refusing to participate. However, I would think that the employer could take into account that this particular nurse objects to participating in abortions and could make sure there were enough nurses on duty along with her who did not have those objections. I suspect it would also be fine for the employer to give her extra duty in a non-objectionable area -- for example, by giving her more work in the labor and delivery area -- to make up for the fact that she would not be performing the work to which she objects.

Do these protections apply to anyone besides nurses?

Yes. They apply to physicians, nurses, and presumably pharmacists or any healthcare worker with a religious objection. As Acting Secretary Hargan made clear, they also apply to medical students who have such objections. 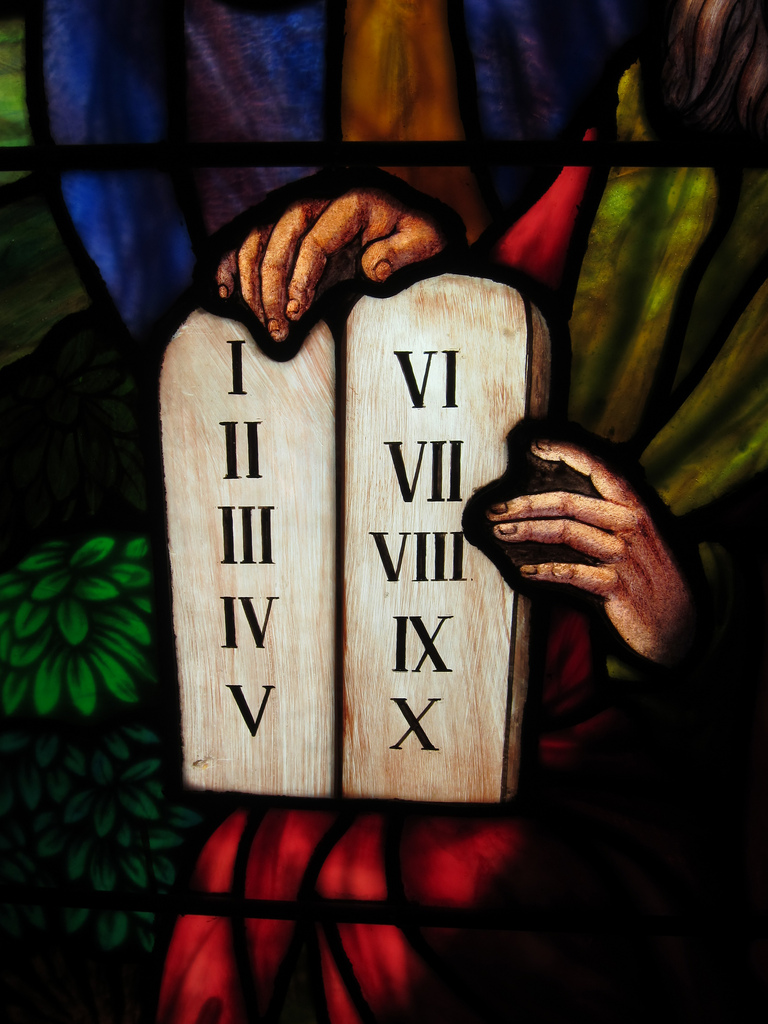 Some people on social media are saying that this means a healthcare worker could refuse to provide any treatment to, for example, a gay or transgender person just because that person is gay or transgender. Is that right?

I seriously doubt it. In fact, I will be stunned if that turns out to be the case. If a gay or transgender person came to the hospital with, say, pneumonia, I would expect healthcare workers -- even those with traditional religious beliefs -- to treat that person just as they would any other patient with pneumonia. Even in the highly unlikely event that the worker refused to do so and filed a complaint, I would not expect the new Division to support the worker.

You keep saying "I suspect," and "I think," and "presumably." Why are you waffling so much?

You are right. I am waffling because no actual guidelines were issued yesterday. I suspect (there I go again - sorry!) that regulations or some form of guidance will be forthcoming, and that it will provide more specific information for healthcare employers trying to handle religious conscience issues. Meanwhile, here is the relatively sparse guidance that is on the HHS website now.

If a healthcare employer refused to accommodate an employee who had a religious objection to performing a certain procedure, couldn't that employee also go to the Equal Employment Opportunity Commission?

You said this applied to medical students, too. Does that mean that a medical school would be required by law to accept an applicant who refuses for religious reasons to perform abortions or participate in gender reassignment treatment?

My best guess is that it would be unlawful to reject a medical school applicant for this reason. I also assume, though, that the applicant would have show that he or she was otherwise qualified for admission (good grades, all the undergraduate prerequisites, good scores on the MCATs, and not one of 2,000 other applicants who were equally qualified for 100 slots). In other words, I think there would have to be some showing that the applicant was rejected because of his or her religious objections, and not for some other reason. That could be difficult.

Will somebody sue to try to stop this initiative from taking effect?

Of course! If you don't like it, just wait five minutes.