LaLonnie wrote this post with Sandra Sok, who is clerking for the summer in our Denver Office. Sandra is a rising second-year student at the University of Colorado Law School. Before starting law school, she worked as a paralegal while earning her undergraduate degree from the University of California, Irvine.

A law was born.  On June 23, 1972, President Richard Nixon signed into law Title IX of the Education Amendments Act of 1972: “No person in the United States shall, on the basis of sex, be excluded from participation in, be denied the benefits of, or be subjected to discrimination under any education program or activity receiving Federal financial assistance.”

Title IX is generally known for providing girls and women with the opportunity to participate in college sports, but it has taken many twists and turns over the years – including some very recently, under the Trump Administration. Employers covered by the law should take notice.

From sex discrimination to sexual harassment and sexual assault

In 1992, following precedent that applied to Title VII of the Civil Rights Act of 1964 (which generally prohibits employment discrimination), the U.S. Supreme Court held that a teacher discriminates on the basis of sex within the meaning of Title IX when he or she sexually harasses and abuses a student. In 1998, the Court found that educational institutions may be liable for sexual harassment and abuse by a teacher if the institution is on actual notice of the harassment and displays deliberate indifference to it. In 1999, the Court ruled on student-on-student harassment under Title IX, finding that the educational institution would not be liable for such harassment unless it “acts with deliberate indifference to known acts of harassment in its programs or activities.”

Expansive interpretations under the Obama Administration

In 2011, the U.S. Office of Civil Rights under President Obama issued a "Dear Colleague" letter, which required Title IX institutions to follow specific procedures when resolving complaints of student-on-student sexual assault. The letter said that the correct evidentiary standard to use in resolving such complaints is “preponderance of the evidence” – in other words, that it is “more likely than not” that the sexual harassment or violence occurred. This standard of proof had never been formally required before.

The Obama standard has received criticism. Although traditionally Title IX proceedings were brought by the alleged victim, who claimed that the institution had actual notice of the harassment and acted (or failed to act) with deliberate indifference, more recent claims are often being brought by students who are accused of sexual misconduct. Among other things, the accused students often allege that they have been deprived of their due process rights and that the institution failed to conduct an adequate, reliable, and impartial investigation.

Perhaps most notably, in 2016 the Obama Administration issued another "Dear Colleague" letter on gender identity, prohibiting covered educational institutions from discriminating on that basis and requiring that transgender students be allowed to use the restrooms and other facilities (including locker rooms) of the gender with which they identify.

The Trump Administration: Scaling back?

Just as educational institutions began to feel comfortable that they were complying with the expansive Title IX requirements as interpreted by the Obama Administration, the current Secretary of Education under President Trump -- Betsy DeVos -- has indicated she has more modest plans. 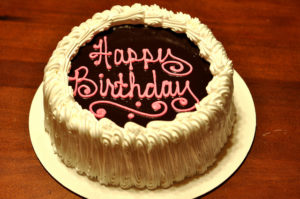 This February, the U.S. Departments of Education and Justice jointly issued their own “Dear Colleague” letter and withdrew the Obama Administration's 2016 guidance on gender identity. In essence, the Departments announced that transgender students’ rights will no longer be a question of federal civil rights, but rather a question of educational policy and state law. In a statement accompanying the new guidance, Secretary DeVos said that issues like bathroom access are best resolved at the state level. The Departments did not issue any replacement guidance but merely rescinded the Obama guidance.

As a practical matter, this means that educational institutions are no longer required by Title IX to allow transgender students to use the restroom of the gender with which they identify. However, it is possible that transgender students will still be able to assert claims under the U.S. Constitution, such as the Equal Protection Clause of the Fourteenth Amendment. Absent a valid constitutional claim, institutions will be governed by applicable state laws, some of which might provide protections based on gender identity and others that might require that facilities be accessible based only on biological sex. 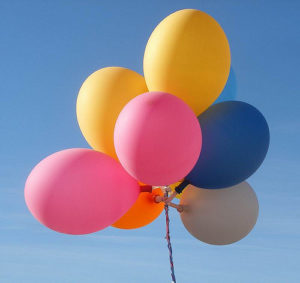 The Trump Administration is also acting to change the processing of Title IX complaints. Candice Jackson, current Acting Assistant Secretary of the Office of Civil Rights, recently announced in an internal memo that there will no longer be a “one size fits all” approach to OCR investigations. Under the Obama Administration, certain types of complaints, such as complaints of sexual assault, triggered a rule that required investigators to obtain three years of past complaint data and files from the institution to determine whether individual complaints were part of a broader pattern of discrimination. OCR investigators will no longer be required to obtain such data and files from institutions during investigations. The OCR under the Trump Administration will seek institution-wide information only when the student’s complaint raises “systemic” or “class-wide” issues, or when the investigators decide that a systemic approach is necessary after conversations with the student making the complaint.

The new guidelines are generally consistent with the Trump Administration’s proposals for budget cuts to the OCR in 2018, as they will decrease the time that the OCR spends on each individual complaint. Moreover, the rescission of the Obama Administration guidance on gender identity may result in fewer OCR complaints. In short, the changes may be welcome to educational institutions, who may be the subject of fewer complaints and shorter, less-burdensome OCR investigations.