You decide: Why the DOJ says Title VII does NOT prohibit sexual orientation bias

By Robin Shea on 8.4.17
Posted in Discrimination, ENDA, Sexual Orientation

Last week, I had a short post about the position taken by the U.S. Department of Justice in the Zarda v. Altitude Express "gay skydiver" case. 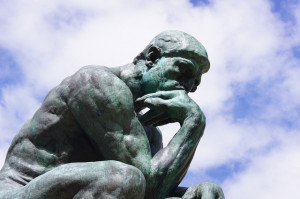 The DOJ has directly opposed the Equal Employment Opportunity Commission, which had also filed a brief in the case. The EEOC says that sexual orientation discrimination is prohibited by Title VII. The DOJ says it isn't.

(As I noted last week, the EEOC may reverse its position once President Trump gets his two appointees on the Commission. Right now, Obama appointees are still in the majority, and there is only one Republican. Although yesterday, the lone Republican, Acting Chair Victoria Lipnic, was quoted in Bloomberg BNA as saying she did not expect the EEOC to change its position. If Ms. Lipnic votes with the Democratic members of the Commission, then the Trump appointees would be outvoted, even with a Republican majority.)

I've had blog posts discussing the arguments in favor of including sexual orientation in the Title VII definition of "sex." Today I'd like to air the other side. The DOJ brief does as good a job as any I've seen in articulating why sexual orientation discrimination should not be covered by Title VII. I'll give you my opinion at the end of this post. Please add your two cents in the comments.

The DOJ goes on to rebut the three arguments made by the EEOC, which were recently adopted by the U.S. Court of Appeals for the Seventh Circuit in Hively v. Ivy Tech:

No. 3: Discrimination based on sexual orientation is not always based on sex stereotyping, which we all agree is prohibited by Title VII. As the DOJ says, "Rather, the employer may have treated homosexuality differently for reasons such as moral beliefs about sexual, marital, and familial relationships that need not be based on views about gender at all." (The DOJ concedes that discriminating against a gay or lesbian individual because the man is "effeminate" or the woman is too "masculine" could very well be unlawful sex stereotyping prohibited by Title VII.)

No. 4: Discrimination based on sexual orientation is not "associational discrimination" based on sex. Even though it Title VII would prohibit discrimination based on the race of the employee's partner, that's not the same as discriminating based on a person's decision to choose a partner of the same sex. In the case of an interracial relationship, the problem is that the employer views the race of one of the partners as better than or worse than the race of the other partner. The DOJ cites a case in which a white employee was discriminated against because he married an African-American woman and was called a "N***** lover." "By contrast, an employer who discriminates against an employee in a same-sex relationship is not engaged in sex-based treatment of women as inferior to similarly situated men (or vice versa), but rather is engaged in sex-neutral treatment of homosexual men and women alike."

My score of the DOJ's arguments:

Point No. 1: Dwayne ("The Rock") Johnson. Very strong argument. If the DOJ's side prevails, I think this will be the reason.

Points No. 2 and 3: Charlie Brown. I'm wishy-washy on these arguments. I can see both sides. It depends on what mood I'm in.

Point No. 4: Pajama Boy. Weak. Without resorting to things like "natural law" or "traditional values," which the courts don't seem to want to do, the distinction between interracial and same-sex relationships is one that I find almost impossible to draw. I can see why the DOJ saved this argument for the end.

What do you think? Please let us know!