All That for a Bag of Chips: Walgreens going to trial in disability discrimination case
4.17.14
Posted in Americans with Disabilities Act, Civil Procedure, Discrimination, Employment Law Blog Carnival

DEAR READERS: Because of the Easter holiday, this will be my "Friday" blog post. I'll be back to my regular schedule next week.

The Equal Employment Opportunity Commission is going to get a jury trial against Walgreens in a disability discrimination case that turns on (allegedly) pilfered potato chips. 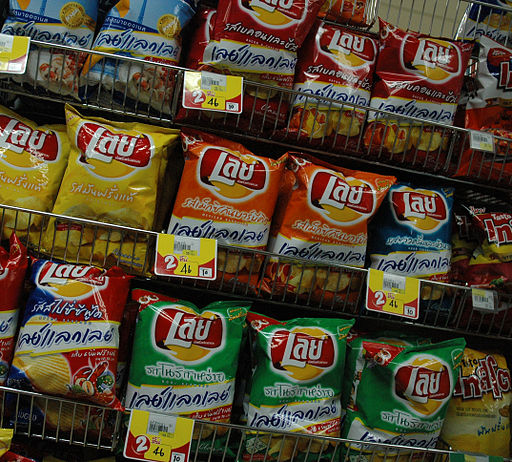 Are these Thai potato chips "hot"?

The case, which I wrote about way back in 2011, is a cautionary tale for employers who are trying to deal with employees who break the rules because of their disabilities.

The Employee: Josefina Hernandez was diabetic and occasionally had attacks of hypoglycemia. When she was having an attack, she'd have to eat something to get her blood sugar back up to normal. She usually kept her own stash of candy for just such situations. She'd worked for Walgreens for 18 years with no problems. Walgreens was aware of her diabetic condition, and knew about her candy "stash" and let her keep insulin in the store refrigerator.

The Employer: Walgreens, like most retailers, suffers huge cumulative financial losses (about $350 million a year) due to employee theft, even of little things. To keep inventory loss under control, Walgreens has adopted measures including a "no-grazing" policy. What that means is that employees are not allowed to eat the merchandise unless they pay for it first.

What happened (viewed in the light most favorable to Ms. Hernandez): One day, Ms. Hernandez was pushing a cart down the aisles to put some product back on the shelves. She forgot to bring her candy with her, and she had a hypoglycemic attack. To keep from fainting, she grabbed a bag of potato chips from her cart, and ate them until she felt better. As soon as she could, she went to a cash register to pay for the chips, but no one was there. (Presumably, employees are not allowed to ring up these purchases themselves, which I assume is another loss prevention measure on Walgreens' part.) So she left her partially eaten bag of chips under the counter at her cash register and went back to work. The assistant manager found the bag and asked whose chips they were. Ms. Hernandez said they were hers. 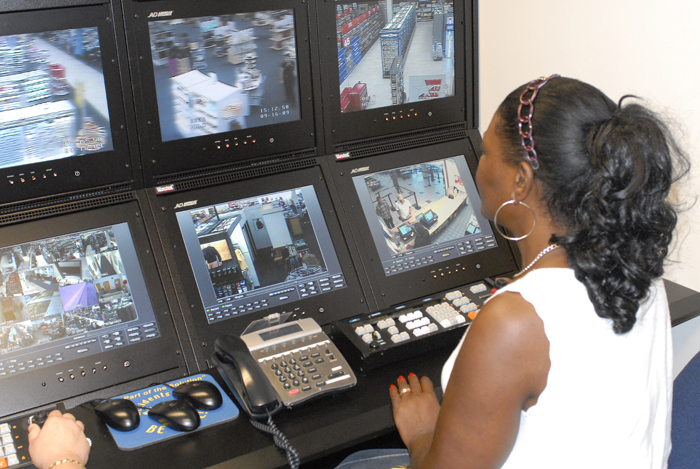 The assistant manager told the manager, and meanwhile Ms. Hernandez went out on two weeks' vacation. When she returned, the manager questioned her about the chips, and she claims that she told him she had eaten them because of low blood sugar. (The manager said she gave him no explanation.) She was also interviewed by the store's loss prevention manager, and she wrote a statement that said, "My sugar low, not [sic] have time." The loss prevention manager admitted that he did not follow up on what this statement meant. Ms. Hernandez was suspended, and then fired, for violation of the "no-grazing" policy. 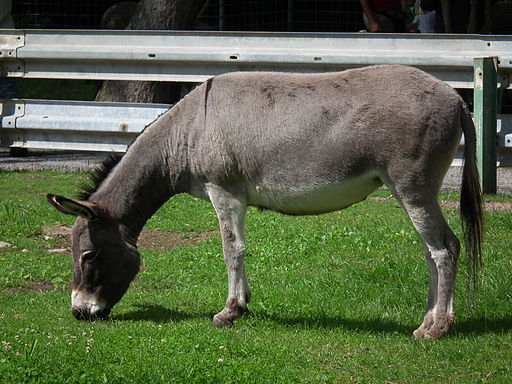 "Grazing in the grass is a gas, baby can you dig it?"

The court's decision: Ms. Hernandez filed an EEOC charge alleging disability discrimination, and the EEOC sued Walgreens on her behalf in federal court in the Northern District of California. Walgreens said that it was entitled to summary judgment, but the judge said that the case should go to a jury. Of course, this is far from over for Walgreens -- a jury might side with the store rather than Ms. Hernandez. But the expense, hassle, and risk of a jury trial is usually something of a "defeat" for employers, even if only the loss of a "battle" and not the "war."

Here is a rundown of what the judge said:

1-If your employee violates a work rule because of a disability, you have to at least attempt accommodation unless the violation is egregious -- like theft (and I mean theft theft -- robbery, burglary, or embezzlement) or violence.

Stated another way, Does it make sense to enforce the no-grazing rule -- even though it is a perfectly legitimate rule -- against this 18-year employee for eating half of a $1.37 bag of potato chips* because her blood sugar was low?

*In one place, the court's decision says the bag of chips was $1.37, but in another place the court says the bag was $1.39. I'm giving Ms. Hernandez the benefit of the doubt here.

Hmmmm . . . arguably a little harsh? Leave it for the jury -- no summary judgment for you!

3-If the case involves material (important) facts that are in dispute, you're going to the jury. Walgreens argued that, even if Ms. Hernandez had been unable to pay or ask for accommodation before eating the chips, she should have done one or the other immediately after she was better, and before the assistant manager found the bag. (And before Ms. Hernandez began her two-week vacation.)

Maybe so, the court said, but that's for the jury to decide because Ms. Hernandez claimed that she tried to pay right away, that she immediately 'fessed up that the chips were hers when asked, and that she did in fact pay for the chips at some point. (Although at what point, the court does not say.)

4-Mayday! Walgreens can't even knock out the punitive damages claim! In denying Walgreens' motion to dismiss the EEOC's claim for punitive damages, the court said (1) Walgreens knew of Ms. Hernandez's medical condition, (2) Ms. Hernandez told the loss prevention manager why she ate the chips ("My sugar low, not have time"), (3) the loss prevention manager didn't investigate what that statement meant, and (4) Ms. Hernandez was fired without any attempt at accommodation.

Punitive damages, when the employee was fired for alleged pilfering! If this doesn't scare you as an employer, I don't know what will. So, class, what can we learn?

1-Be very careful about taking seemingly harsh action against employees for seemingly petty rule violations, especially when the employee is in some type of legally protected status. Yes, I do understand Walgreens' point. It's not petty to be concerned about $350 million a year in losses. If they want to fire everyone else for grazing, then go for it, I say. But (exercising the 20-20 hindsight I have gained from reading this decision) when the grazing policy is violated by a person with a known disability that is known to result in blood sugar crashes from time to time, which is known to be alleviated by quickly scarfing down some high-carb food, then maybe it's worth considering an exception just this once.

2-Make sure your risk and loss prevention employees are are adequately trained about Human Resources policies, and labor and employment law. Otherwise they may be too focused on "law enforcement," resulting in liability for the company. They need to understand that there is more than one type of "risk."

4-Remember what I said last week about HR? This is another example of why. No indication from the court's decision that anyone in an HR capacity was involved in the investigation, the decision to suspend, or the decision to terminate.

All this for a bag of chips. Oy.

Be sure to get over to Tim Eavenson's Current Employment blog for the April Employment Law Blog Carnival - Pick Your Holiday edition. Tim features all the best from this month in the labor and employment law/Human Resources blogosphere. Tim, thank you for including me, and good luck with your new law firm!