Employers shouldn't be too excited about that pregnancy decision . . . and more from The Price Is Right

By Robin Shea on 1.11.13
Posted in Americans with Disabilities Act, Discrimination, Pregnancy

Is this new UPS pregnancy discrimination decision really such great news for employers?

The U.S. Court of Appeals for the Fourth Circuit* held this week that there is no "reasonable accommodation" requirement for pregnancy. The defendant, United Parcel Service, had a collective bargaining agreement 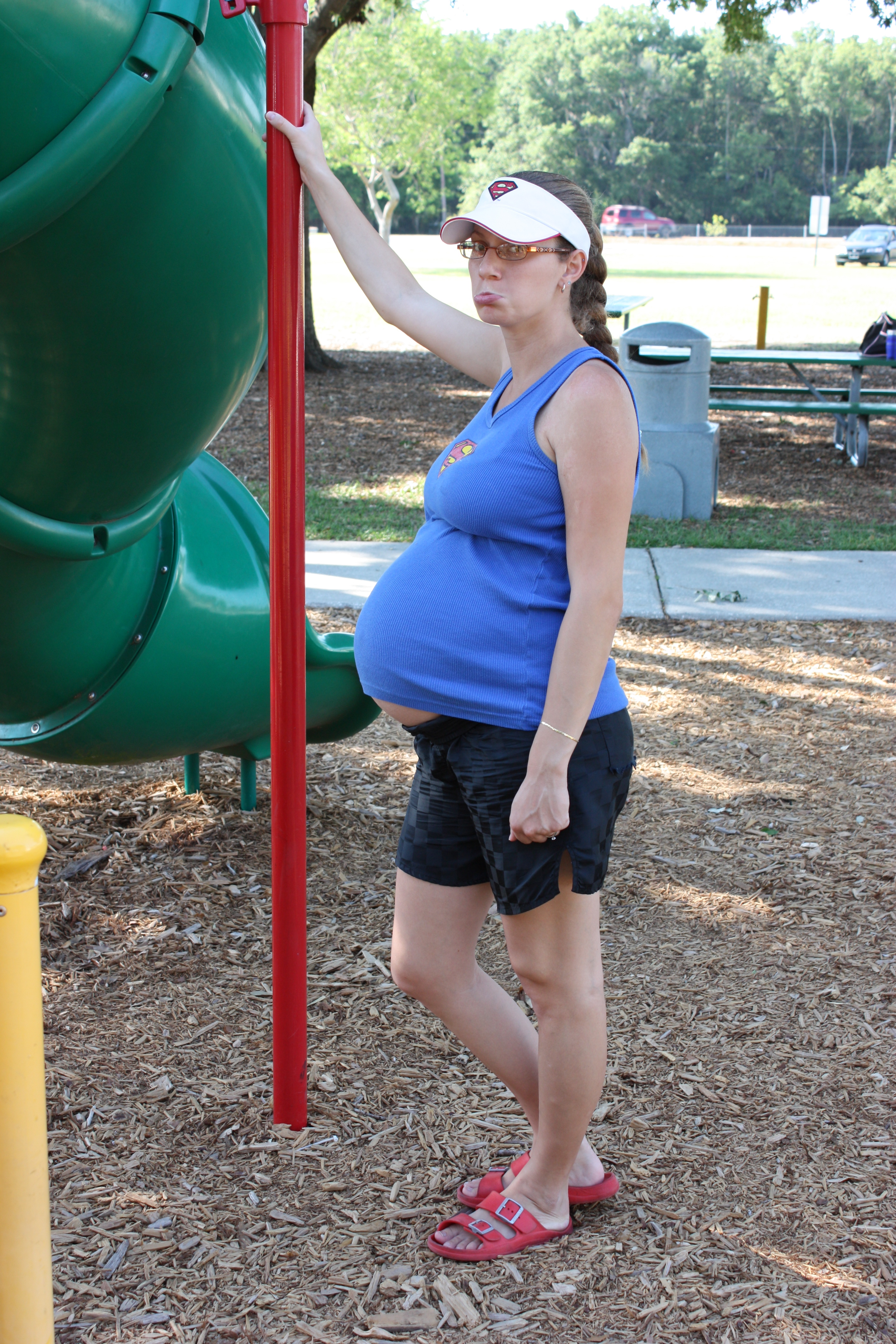 that required it to offer light duty in two circumstances: (1) for work-related injuries, and (2) for non-work-related conditions that qualified as "disabilities" under the Americans with Disabilities Act. (UPS also offered "inside jobs" to employees who were not qualified to drive for various reasons, but the "inside jobs" were really just "non-driving jobs" and still entailed heavy lifting.)

*The U.S. Court of Appeals for the Fourth Circuit hears appeals from federal courts in the states of Maryland, North Carolina, South Carolina, Virginia, and West Virginia.

Plaintiff Peggy Sue Young was a part-time "air driver," meaning she drove to the airport in the morning and got packages that had come in by plane, loaded them into her truck, and delivered them. When she became pregnant, her doctor gave her a note saying she would be limited to lifting 20 pounds for most of her pregnancy, and only 10 pounds toward the end. Instead of giving her light duty, UPS required Ms. Young to take a leave of absence because it required lifting of as much as 70 pounds. Because Ms. Young wasn't "disabled," she didn't qualify for disability benefits, and she eventually lost her health insurance coverage. She did return to work after the baby was born.

Many thanks to William Tincup and Bryan Wempen, who allowed me to be their guest yesterday on DriveThruHR. If you missed the live webcast, all is not lost -- you can still listen to us on an "on demand" basis. (Scroll down to "On Demand," and January 10, 2013.) We talk about lawsuits by "desperate employees" and what employers can do to protect themselves.

Ms. Young, with some big guns on her side, including the American Civil Liberties Union and Legal Momentum (formerly the National Organization for Women Legal Defense and Education Fund) as well as other women's groups, argued that UPS was required to offer her a light duty position for the duration of her pregnancy as it did for workers' comp and ADA-disabled employees. But the Fourth Circuit said no -- all the Pregnancy Discrimination Act requires is that a pregnant employee be treated the same as a similarly disabled non-pregnant employee. Pregnancy isn't work-related, so she wasn't similarly situated to the workers' comp employees. In addition, a 20-pound lifting restriction wasn't "disabling," nor was a restriction that would vanish on its own several months hence.

The court's decision is clearly consistent with the language of the Pregnancy Discrimination Act, which prohibits discrimination against women because of pregnancy (or related medical conditions) but does not require reasonable accommodation, in contrast to the ADA and Title VII's "religion" provisions.

That said, here's why I think the decision is of limited use to employers going forward: Ms. Young's pregnancy was in 2007. You know what that means! In 2007, the "old" Americans with Disabilities Act was in effect, which had some pretty stringent definitions of who was considered "disabled." Not only was a 20-pound lifting restriction generally not considered "disabling," but virtually no temporary impairment, no matter how severe, was. And pregnancy is not a "disability" in itself because the ADA says so. Accordingly, Ms. Young was out of luck. 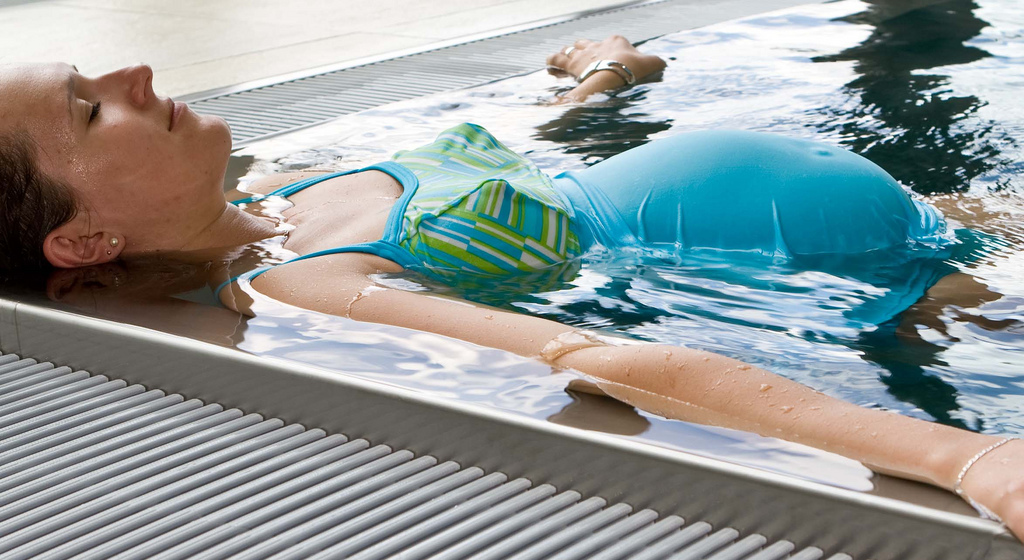 But pregnant employees can probably relax - at least, post-ADAAAaaahhhhhh.

On January 1, 2009, the ADA Amendments Act took effect. The ADAAA, of course, greatly expanded the definition of "disability," and the interpretations of the Equal Employment Opportunity Commission indicate that a temporary condition that lasts more than six months could indeed be considered "disabling." Ditto for a 20-pound lifting restriction.

Therefore, under the ADAAA,

*The non-pregnant employee with a non-work-related "disability" must usually be reasonably accommodated if the accommodation is not an undue hardship for the employer.

*The Pregnancy Discrimination Act requires that the pregnant employee be treated the same as her "disabled" non-pregnant counterpart.

If you'll scroll to footnote 7 of the Fourth Circuit decision, you'll see that the court acknowledges the intervening enactment of the ADAAA and specifically says that it is declining to address how the ADAAA might have affected the result.

And, as I've reported earlier, the EEOC's new Strategic Enforcement Plan says that one of the agency's priorities will be to go after employers who require pregnant employees to take leaves of absence instead of allowing them to work for the duration of the pregnancy.

So employers (even UPS, going forward) should beware of relying too heavily on the Fourth Circuit decision. On the other hand, the ADAAA's impact arguably means that the Pregnant Workers Fairness Act, which would require reasonable accommodation for pregnancy and related conditions, is unnecessary.

All The Price Is Right pregnancy discrimination lawsuit news that's fit to print: In other pregnancy-related news, Employment Law360 (paid subscription required) reports that the lovely Shane Stirling, another model on The Price Is Right, is appealing the dismissal of her pregnancy discrimination suit against the producers of the show. This is about the 10 zillionth* TPIR model who has sued the show on this basis (I reported earlier on Brandi Cochran's $8.7+ million victory against the show.) Ms. Stirling hasn't done so well: in her case, the lawsuit was dismissed for lack of evidence that pregnancy was the reason for her termination. First, she was not terminated until about a year after her baby was born. Second, the show had evidence of legitimate, non-pregnancy-related reasons for letting her go -- specifically, that it was reducing the number of models in its "bevy" and wanted to keep the ones who were able to interact well on camera with host Drew Carey. Apparently Ms. Stirling didn't cut the mustard.

*Not a scientific figure.

Ms. Stirling contends that she would have been able to cut it if she hadn't been forced out of work for the duration of her pregnancy. She also alleges that Bob Barker, who was the emcee when she was pregnant, told her that her pregnancy was a "liability" for the show. 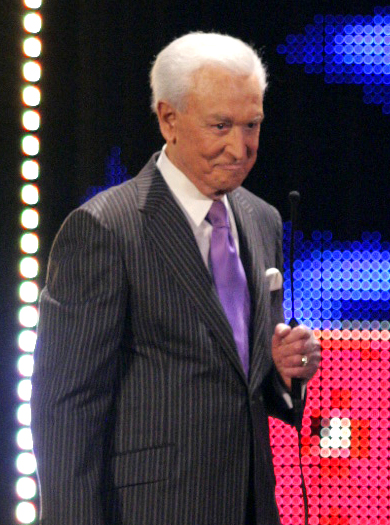 "This is Bob Barker, telling you to remember to have your pet -- and yourself -- spayed or neutered."

I'm not going to link to it, but for a clue as to why Ms. Stirling might not have been able to hold her own in witty repartee with PROFESSIONAL COMEDIAN Drew Carey, google "Shane Stirling" and "Maxim," and read the interview if you can afford to lose the IQ points. (Calls to mind poor Miss Teen South Carolina 2007, although at least she was just a kid, bless her heart, and didn't have the benefit of editing.)