How can an employer best prevent workplace harassment from occurring, and deal with it effectively when it occurs? What would the EEOC say employers should do?

This is my third and final installment on the proposed Enforcement Guidance on Unlawful Harassment, which was recently issued by the Equal Employment Opportunity Commission. The EEOC is accepting comments until February 9. My prior blog posts are 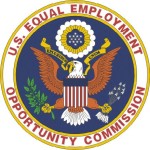 9 "fun" facts about workplace harassment, from the EEOC

This week we'll talk about what the EEOC calls "promising practices." (I think that's what the rest of the world calls "best practices," but whatever.) The following is condensed - the actual recommendations run for six pages, which is a bit much for a blog post.

HARASSMENT MUST-HAVES, ACCORDING TO THE EEOC

No. 2 - An accessible complaint procedure with multiple avenues for making complaints, and training for employees on how to make complaints.

No. 3 - Regular training for supervisors and managers, endorsed by senior leadership, that includes a component on retaliation. Training should be live and interactive, or at least "interactive" if possible (for example, online training that requires responses is generally better than watching a video). Supervisors and managers should be trained on the same topics covered in employee training, plus their responsibilities as members of management.

No. 4 - Anonymous employee surveys that will let the employer assess whether employees are being harassed or believe that the company tolerates harassment. (NOTE: I don't agree with the EEOC on this one. An employee survey could be discoverable by the EEOC or a plaintiff's lawyer in litigation. If you are thinking about conducting a "harassment survey," consult with your employment law counsel first. There may be ways to structure the survey to preserve attorney-client privilege.)

No. 5 - Harassment investigators who are disinterested. Not "uninterested" (as in "I don't care") but disinterested, as in "unbiased and without a conflict of interest." For example, if an employee complains that her supervisor is sexually harassing her, then the accused supervisor should not be the person investigating those allegations. If an employee complains that his department manager is telling racist jokes, the employee's supervisor -- whose boss is the department manager -- should not be conducting the investigation. You get the idea. The person investigating should (a) know how to do an investigation, and (b) be in a position to "let the chips fall" without fear.

No. 6 - An investigation that is fair to both the accuser and the accused, that preserves confidentiality as much as possible, and that results in appropriate action.

WILL THE PROPOSED GUIDANCE SURVIVE THE TRUMP ADMINISTRATION?

I don't expect major changes to the above recommendations now that President Trump has appointed Republican Victoria Lipnic to be Acting Chair of the EEOC. Much, if not all, of this came from a report on workplace harassment that Ms. Lipnic co-wrote in 2016 with EEOC Commissioner Chai Feldblum. Moreover, most of the recommendations (with the exception of No. 4, in my opinion) are sensible and non-controversial.

On the other hand, I do think it is possible that other elements of the proposed guidance will change with the change in administrations. (See my "Nitpicking" blog post linked above.) For one, Ms. Lipnic is on record as saying that she does not believe Title VII prohibits sexual orientation discrimination. (Ms. Lipnic believes that Congress should enact new legislation if it wants to prevent sexual orientation discrimination.) In addition, she and a majority-Republican Commission may want to make other changes -- hopefully, to all five of my "nits."  :-D