Employers, don't be too quick to take that IRS "independent contractor" deal

Don't eat that pretty red apple, Snow White!!! It has poison in it!!!!

You know the old saying, "If it seems too good to be true, it probably is"? Well, it appears that this may be the case with the new "sweet deal" the Internal Revenue Service is offering to employers who agree to reclassify their "independent contractors" [sic] as "employees" in exchange for some admittedly generous breaks.

The IRS announced this week that it is offering a REALLY, REALLY NICE THING to employers. :-)  If an employer promises that it will treat its independent contractors as employees going forward and enters 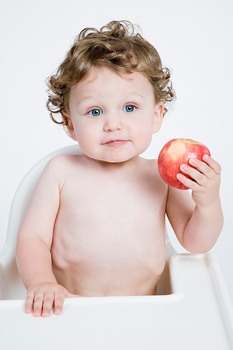 into an agreement with the IRS, the IRS will assess employment taxes for only the tax year before the agreement was entered and at a reduced rate, with no penalties or interest, and no audits. The program is aimed at small employers, but all employers are welcome. Jewell Lim Esposito at our sister blog, Employee Benefits Unplugged, has more details about the IRS deal and thinks it's great from a pure tax standpoint.

I agree. But, as Jewell also notes, the news release says nothing about amnesty on all liability resulting from a misclassification.

I must admit that I wondered why this Administration, which is usually aggressive toward employers, is all of a sudden being so sweet and lovable?

It then occurred to me: But, of course! This is to allow that other agency, the U.S. Department of Labor, which presumably will not be a party to the IRS/employer agreement, to come in and sue the pants off the employer for back benefits and wage-hour violations. Because, you see, misclassified "independent contractors" don't get benefits or overtime, and they may not even be getting the minimum wage once their "fee" is divided by hours worked.

My paranoia was really raging now, and I remembered another news item that came out at the beginning of this week: Secretary of Labor Hilda L. Solis announced a "cooperative" initiative in which the IRS, the DOL, and 11 state governments* are going to start working together to fight misclassification of employees as independent contractors. In addition, the Office of Federal Contract Compliance Programs (the affirmative action guys) and the Occupational Safety and Health Administration are among the agencies who will be receiving and sharing information.

*The 11 states who entered into the memorandum of understanding or have agreed to do so are Connecticut, Hawaii, Illinois, Maryland, Massachusetts, Minnesota, Missouri, Montana, New York, Utah and Washington.

(Hat tip to Bureau of National Affairs for both of these news items.)

So! Aha! Putting it all together, here's what the deal really appears to be: A naive (probably small but could be large) employer who has some misclassified folks will read about the IRS deal and think, "What have I got to lose? I'd be a fool to turn this down!" So he signs the agreement with the IRS.

Bam! Six months later, the DOL -- who has received from the IRS the list of unsuspecting employers who entered into this agreement admitting that they were doing it wrong -- comes out for an investigation and hits the employer for overtime and possibly minimum wage violations. Then, the employer's state government -- armed with the same information -- comes out and clobbers the employer for workers' compensation premiums and benefits, and possibly other benefits that the state requires employers to offer to employees. Bam! Bam!

But, wait! There's more! The newly classified employees might have claims for other employment benefits as well, as Microsoft learned the hard way. Bam! Bam! Bam! Then, OSHA and the OFCCP and who knows who else can come in and kick the employer a few more times while he's down. Bam! Bam! Bam! Bam! Bam! (etc.)

THE MORAL: If you have "independent contractors" who are misclassified, by all means get that fixed as quickly as you can. As long as the workers are misclassified, you are potentially liable for back taxes, including FICA, and penalties, back benefits, and back wages. In fact, you can even be liable for severance pay in the event that the faux independent contractor was let go under circumstances that would have entitled her to severance if she'd been an employee. (I actually had this happen to a client once.)

To repeat, if you're doing it wrong, stop it now. But don't be too eager to enter into this deal with the IRS, and definitely do not enter it without consulting with your attorney. Situations vary, and the IRS deal may be good for some, but you also may be much better off taking your chances with an IRS audit (which may or may not ever happen). Meanwhile, you will not be erecting a large neon sign with flashing lights saying, "Here I am, Hilda Solis and everybody else -- I'm guilty -- come and get me!"