Who made this harassment "severe or pervasive"? The horse, of course 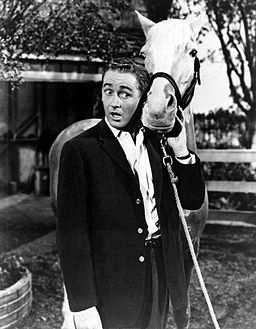 If Joe tells co-worker Mary a dirty joke, Joe is probably in violation of the employer's no-harassment policy, right? And he risks being disciplined, or even fired, right?

But if Mary sues Joe for sexual harassment based on this one joke, her lawsuit will in all likelihood be thrown out of court, right?

That's because you can't sue over just any old thing, even if it's annoying or offensive. To be legally actionable, sexual harassment has to be "severe or pervasive." Otherwise, it's just a violation of company policy.

So, what does this "severe or pervasive" mean?

Sexual harassment can be really, really bad. It can involve a sexual assault or even a rape. This would be "severe" in the eyes of the law.

Or sexual harassment might not be that bad, but it happens all the flippin' time and creates a very unpleasant environment for the victim. It might even make her* feel scared, or depressed, or intimidated, or so stressed out that she can't work. This would be "pervasive" in the eyes of the law.

*The masculine shall include the feminine, and vice versa. (In other words, men can be sexual harassment victims, and women can be perpetrators.)

Note that the standard is "severe OR pervasive." In other words, it doesn't have to be both. If you're raped by a co-worker "only" one time, you have automatically met the "severe or pervasive" legal standard, and you can sue the rapist for all he's worth. (Of course, you will have the burden of proving that he did it.) You don't have to prove that he raped you 50 times.

But if the harassment is lower-grade inappropriate stuff -- dirty jokes, lewd pictures, suggestive emails, the usual -- then it has to occur frequently enough to be considered "pervasive."

Generally, the more "severe" the behavior is, the less "pervasive" it has to be. And vice versa.

It's pretty easy to apply these principles when we're talking about a rape, at one extreme, or a single off-color joke, at the other. But most sexual harassment lawsuits are not that clear-cut. They usually involve a combination of behaviors that can include inappropriate comments, physical sexual advances that are more ambiguous (such as rubbing shoulders, or brushing up against someone's "bathing suit" parts), "stalking" behavior, and sexual propositions. And the alleged victim may have behaved in a way that seemed to give the "perp" some encouragement.

In these "grayer" areas, it's not as easy to predict whether a court will find that the behavior is "severe or pervasive" enough for a valid legal claim. Which brings me to this week's court decision, involving a plastic surgeon and a pre-op nurse at a hospital in San Antonio, Texas. See what you think about this one.

"She was offended by THAT?"

Over a period of about a year and a half, the doctor did a lot of inappropriate things, but many were what we might consider "borderline" harassment. He got hold of the nurse's cell phone and "friended" himself on her Facebook account. He told her she was sexy. He got her in a utility closet but apparently didn't make any physical advances. He said a "wine date" stood him up, apparently hinting that she should go out with him instead. Stuff like that. Meanwhile, she asked him for advice about her breast implants. (In his professional capacity, of course. After all, he was a plastic surgeon.)

But he also admitted to showing her a pornographic video involving -- well, let's just say the cast consisted of a woman and a horse. 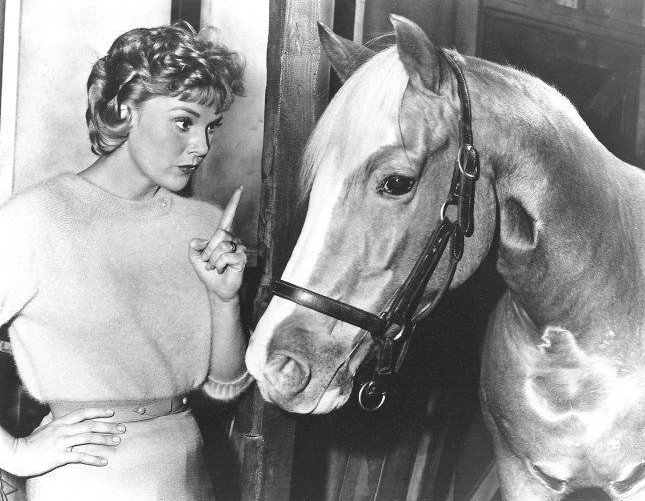 "Don't even THINK about it!"

So . . . is the "friending," and the "sexy," and the utility closet, and the horsey video (there was also a video involving two humans) "severe"? Is it "pervasive"?

The court said yes, it was severe or pervasive enough for the nurse's sexual harassment lawsuit against the hospital to go to a jury trial. (The doctor was not a defendant.) I really think the horse -- of course! -- is what sent the judge over the line.

Another interesting side note about this case. As I just said, the nurse sued the hospital-employer only. According to the court's decision, the doctor had admitting privileges at the hospital but may or may not have been an "employee" and may or may not have been the nurse's "supervisor." However, the court (correctly) found that, regardless of the doctor's "employee" or "supervisor" status, the hospital could still be liable for his alleged sexual harassment if the hospital knew or should have known of the harassment and failed to take appropriate action. That will be up to the jury to decide, along with the "severe or pervasive" issue.

A few other noteworthy items from the not-too-distant past . . .

Pregnancy accommodation in New Jersey. Gov. Chris Christie signed into law this week a bill that would amend the state Law Against Discrimination to require employers to make reasonable accommodations for pregnant employees. A number of other jurisdictions already have these laws. (Under current federal law, it is illegal to discriminate against a pregnant woman, but employers are not usually required to make reasonable accommodations.)

Courtney Love wins "Twibel" lawsuit. I reported last week on Courtney Love's "Twibel" trial, which was just getting started at the time. Now the judge has thrown out the claims of the law firm, leaving only the lawyer herself, Rhonda Holmes, as a plaintiff. And the court found that Attorney Holmes is a "limited purpose public figure," which means that she will have to prove that Ms. Love tweeted with "malice." (Legally, this doesn't mean "meanness" -- it means reckless disregard for the truth.) Ms. Love testified this week that she is computer illiterate, thought she was tweeting to only two friends, and did not mean to send the tweet to everybody.  (UPDATE: Later in the day on Friday, January 24, 2014, after this was posted, the jury came back in favor of Courtney Love. I have updated the subhead of this paragraph with a link to an article about the verdict.)

Troubling decision from Sixth Circuit panel on "adverse employment action." Jon Hyman of the excellent Ohio Employer's Law Blog reported recently on a decision from the U.S. Court of Appeals for the Sixth Circuit (which hears appeals from federal courts in Kentucky, Michigan, Ohio and Tennessee) holding that the City of Kalamazoo, Michigan, subjected an employee to an "adverse employment action" for retaliation purposes by involuntarily transferring him to a lateral position that he had recently sought. (The transfer involved no reduction in pay, benefits, or other conditions of employment.) Let's hope the City seeks a rehearing by the full Sixth Circuit.

Find out why you might have to play a video game to get your next job.

Image Credits: Photos of Mister Ed and his humans from Wikimedia Commons. Photo of rogue doctor from Clipart.com.